Scavenging, Squatting & Scrounging, Do I Really Need to Prepare? 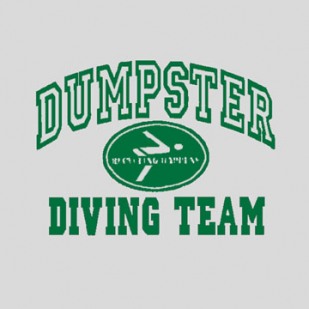 Bruce’s Poor Man Survival Bulletin
A Digest of Urban Survival Resources
http://www.PoorManSurvival.com
For Independent Minded People!
ISSN 2161-5543
In This Issue:
1.       Scavenging, Squatting & Scrounging
2.      Do I really need to prepare?
3.      Free online gunsmithing video course
4.      Why Bureaucrats are more dangerous than terrorists-Part III
Politics,” said George Orwell, “is a mass of lies, evasions, folly, hatred and schizophrenia.--Author of 1984 & Animal Farm
Scavenging, Scrounging & Squatting-Survival Ideas!
Scrounger:  a person who collects things discarded by others.
Welcome to Scrounger Training 101
Not long ago I found a box full of old Gameboy stuff and sold it for $50.  I’ve found discarded furniture that I repaired and sold at a profit.  I’ve scrounged old discarded computers that were repairable and sold at a profit too.
There are many who make a decent sideline business (some even full time) income scrounging stuff to resell or to for personal use.  What follows are several resources you can use to learn more about the ‘scrounger’ life.
Main things we'll focus on:
What to look for.
Where to look for it.
What is worth taking
http://www.zombiesurvivalwiki.com/page/Scrounger+Training

How to Squat in Abandoned Property -  11 Steps
Squatting, the practice of living in abandoned or unoccupied spaces that a squatter does not legally own, is a great way to avoid paying rent, if you’re willing to take the risk. While many squatters are routinely evicted, arrested, harassed, or even, in some parts of the world, beaten or killed, some manage to make comfortable long-term homes on someone else’s property. A few are even able to take legal possession of their adopted digs through a process called “adverse possession”, or, in difficult times, show a property owner that it may be in their best interest to work something out; they are quite possibly only reticent because they don't know you -- have your references handy. Whether you're unemployed, underpaid, or just extraordinarily thrifty, squatting may be the solution to your housing needs.
http://www.wikihow.com/Squat-in-Abandoned-Property

How To Scavenge For Groceries Before Dropping Cash At Whole Foods
At first glance, scavenging through someone else's trash for clothing, art, or appliances can seem a little gross—after all, the original user sent the item to the landfill for a reason. But driven by environmental concerns and financial constraints, some people get over the initial disgust to "shop" the trash, and bring home a few gems. If you're looking to engage in this money-saving pastime, here are 10 strategies to keep in mind:
Read more: http://articles.businessinsider.com/2012-02-29/news/31109405_1_trash-clothes-plastic-bags#ixzz25iOcYk00
Freshen linens with vodka.  Mix a cup of vodka with 1 cup of distilled water and add about 15 drops of lavender essential oil and spritz your towels or linens between washings to keep them fresh & germ free
PM’s Compendium of Useful Resources

Do I really need to prepare?
Find our which disasters are prevalent in your area.
How likely that an earthquake will happen where I live?
Nuclear attack. Vulnerability of 4 US cities and their health care systems.
Links of Interest
Current US hazards on a map.
Receive emergency alerts in your email, pager or cell for free.
Center for Infectious Disease, current information and alerts
Nuclear blast damage map
For pets
Disaster preparedness for pets
Guide To Pet Disaster Preparedness for Renters and Homeowners
First Aid
#"http://www.brooksidepress.org/Products/OperationalMedicine/DATA/operationalmed/Procedures/medical_procedures.htm" \l "Basic%20Procedures"Basic emergency medical treatment

Sensors monitor hydroponic plants, offer feedback to gardeners
The Bitponics sensor and data service is now making the process of keeping a hydroponic garden easier by monitoring plant conditions. READ MORE...
Free online gunsmithing video course
http://americangunsmithinginstitute.org/
Ambush! What You Want to Avoid in the SHTF or WROL
http://www.youtube.com/watch?v=vMRKiJ4n5Yk&list=PLD334989D57F5E5F7&index=7&feature=plpp_video
Desktop Factories-the wave of the future?
It now appears that crews will be able to "print" out your home... in a single day... and hey, on Mars, no less, if that's where you want to go.
Even NASA is now funding a project in the fast-growing field of 3D printers.
These are devices that take blueprints and turn them into real objects. The "printer" has a nozzle that spits out special polymers. Once you add a binding agent, you can create everything from replica car parts to human jaws.
http://www.extremetech.com/extreme/115503-what-is-3d-printing
Snag meat and produce bargains by shopping supermarkets later in the evening when they make room for morning shipments!
The Nanny State Updates…
Law-enforcement agencies eager for Web-surveillance tools
Private technology firms are pitching software capable of analyzing large swaths of the Internet to local law enforcement looking for ways to stop the next mass shooting or domestic terrorist event before it happens; police departments hope the software will help them detect online information from terrorists, traffickers, pedophiles, and rioters.
DDoS attack on GoDaddy takes down millions of websites
PC World reports: "In a YouTube video (http://www.youtube.com/watch?v=SPGBZWGUE2g), secretive hacking group Anonymous has taken credit for the outage, claiming the move is a reaction to the company's support of the U.S. government's efforts "to censor and control the Internet," through its support of the Stop Online Privacy Act (SOPA)."

But claiming Anonymous did this attack may be false, it turns out. The apparent attacker said, himself, that he was not affiliated with the Anonymous collective:

Most likely scenario? A false flag cyber security attack in order to provide the excuse for Obama to sign a freedom-killing executive order focused on "cyber security."

The Parting Thought…Bureaucrats killing the country 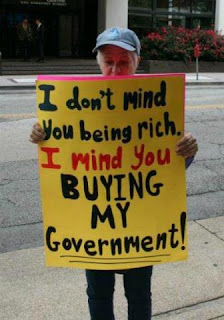 More on why bureaucrats are more dangerous than terrorists…
Man Charged With Littering for Dropping Dollar Bill
Elyria, Ohio, John Davis generously offered a few dollars to a wheelchair-bound panhandler waiting at the top of a freeway exit.
Davis, whose brother is paralyzed, sympathized with the man. Offering a couple of bucks seemed like the least he could do. But, as he passed the money to the man, one of the bills slipped and fell to the ground. The man picked it up and pocketed it. Davis drove on his way, only to be pulled over within seconds.
The cop issued him a $500 ticket – for littering!
"All the profits of drug trafficking and none of the risk."

That's how the prosecutor in a federal criminal case described Carlos Garcia's smuggling operation that has landed him in the federal pen for 13 months.

Before wearing leg irons and striped pajamas, Garcia was a top executive in Marcone Inc., a leading supplier of home appliances.
His crime: He was the mastermind behind Freaky Freon Friday. On this day, the company would distribute to wholesalers and repairmen, at low prices, the thing that millions desperately want but cannot otherwise get, thanks to federal regulations. They want HCFC-22 to fill air-conditioning units... so that their offices and homes can stay cool.

It has been illegal for two years to sell units that use it. But nearly all existing units use the old coolant. Importing HCFC-22 is severely restricted. The government's idea was to drive up the price, making it too expensive to maintain existing units, and thereby somehow inspire manufacturers to invent things to make us all more virtuous. But replacing units with unproven technology is expensive and risky.
Pass Out Bottled Water on a Scorching Hot Day?
Not in Phoenix You Don't!
Angela's story is not a fluke. On the other side of the country, an Arizona woman found out that no good deed goes unpunished... at least not where city bureaucrats are concerned. During a festival, the woman offered free bottles of water to anyone who wanted them. It was 112 degrees outside, so I imagine her gift was welcomed by many.
However, a city official didn't agree. This overly self-important bureaucrat told her to stop or be ticketed because apparently you need a permit to give away bottled water in Phoenix.
$600-a-day Fine for Feeding Poor Children
Angela Prattis works with a Philadelphia charity to offer summer lunches to low-income children. She donates her time, earning nothing but personal satisfaction by helping people.
Every day, up to 60 low-income children come to a gazebo at her home to receive a nutritious lunch. Kids in need are getting fed because someone in their community cares about them.
Then local government officials found out about it. You'd think Angela would have gotten a commendation for meritorious conduct. But no. Angela was slapped with a zoning violation and ordered to file for a variance.
Overdose: The Next Financial Crisis
With the US raising their debt ceiling, are we in a global bail-out bubble that will eventually burst? This documentary offers a fresh insight into the greatest economic crisis of our age: the one still awaiting us.
http://www.youtube.com/watch?v=4ECi6WJpbzE&feature=player_embedded
Post Script:  Think about how easy it is today to track people.  The government has all but eliminated financial privacy and like sheep, people have tagged themselves with multiple tracking devices…cell phones, iPads, social networking sites, PDAs, Blue Tooth devices, RFID tags in drivers licenses and more.
Tired of “Government by Intimidation?
Learn how we can take back America from dysfunctional politicians-without firing a shot! Or will Americans get what they deserve because they lack the cajones to act?
http://poormansurvivorblog.blogspot.com/2012/08/taking-back-america-from-dysfunctional.html
“Until the next revolution”, the Poor Man
Follow us on Facebook
www.facebook.com/PoorManSurvival
Twitter
http://twitter.com/poormansurvivor
Keep our services free, visit our sites…
Check our Resources
New self sufficiency books added weekly
http://www.OldBookNook.com
A Shallow Planet Production
﻿

Posted by Poor Man Survivor at 5:39 AM