The Panama Papers, The Clinton Connection-It's Always About the Money

Poor Man Survival
Self Reliance tools for independent minded people…
www.poormansurvivor.net
ISSN 2161-5543
A Digest of Urban Survival Resources
We hang the petty thieves and appoint the great ones to public office. >Aesop
The Panama Papers and the Clinton Connection 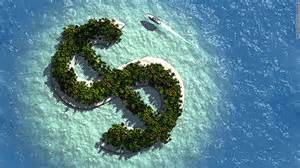 In case you’re not caught up: 11 million documents have been leaked, via an anonymous source, out of the Panamanian law firm Mossack Fonseca.


These documents reveal nearly a half a century of offshore tax evasions committed by a den of capitalist thieves, out to rob the public of their “hard-earned” plunder.


Really, the shadiest of the revelations come from actors of the State, those who siphon off tax money and stuff it away in Central America -- not “greedy capitalists” trying to “hoard all the milk” from the imaginary public teat. [Which, if taxed, would eventually end up in the hands of the politicians who, of course, would siphon it back to Panama.]


The first to lay eyeballs on these leaks were reporters from Germany’s largest national newspaper Süddeutsche Zeitung. 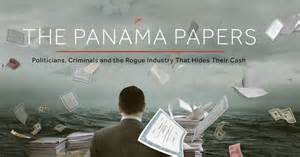 The Internet practically exploded this week after a detailed report was published proving that dozens of corrupt politicians around the world have been stealing public funds and hiding the loot overseas.  [See bottom of article]


This hardly comes as a surprise. There’s some Grade A filth in positions of power who routinely funnel public funds into their own pockets.

Whether they secret the funds offshore, buy expensive flats in London, purchase Bitcoin, or stuff cash under their mattresses seems hardly relevant.

The real issue is that systems of government routinely put morally bankrupt individuals in control of trillions of dollars of cash.

Seriously, what do people expect is going to happen?

Acquired from an anonymous source by the German newspaper Süddeutsche Zeitung and then shared with the International Consortium of Investigative Journalists, the documents present a jaw-dropping paper trail of how the upper echelon of the 1 percent has used shell companies and offshore tax havens to avoid paying billions of dollars in taxes. In less than a week of exposure, the Panama Papers have already implicated 140 world leaders from 50 different countries. Top executives and celebrities who appear in the leaked emails, PDFs, and other documents may also be indicted in money laundering, tax evasion, and sanctions-busting activities.

Though the source of the leak opted not to do a Wikileaks-style data dump and is instead allowing media outlets to curate the information, international tax reform could be imminent. 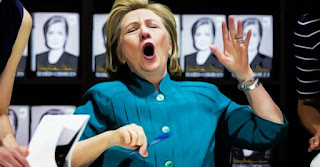 The revelations are relevant to the 2016 presidential election because they once again illustrate the stark contrast in judgement between Bernie Sanders and Hillary Clinton. The transgressions documented in the Panama Papers were directly facilitated by the Panama-United States Trade Promotion Agreement, which Congress ratified in 2012. In 2011, Sanders took to the floor of the senate to strongly denounce the trade deal:

“Panama is a world leader when it comes to allowing wealthy Americans and large corporations to evade US taxes by stashing their cash in offshore tax havens. The Panama free trade agreement will make this bad situation much worse. Each and every year, the wealthiest people in this country and the largest corporations evade about $100 billion in taxes through abusive and illegal offshore tax havens in Panama and in other countries.”

Clinton, on the other hand, completely ignored the tax haven issue, and instead, regurgitated the same job-creation platitude she used to peddle NAFTA, which has decimated American manufacturing jobs and led to an economic refugee crisis in Mexico.

Beyond just exposing her unwillingness to understand how modern free trade agreements benefit the rich and punish impoverished countries, Clinton may have a more nefarious connection to the Panama Papers.

In lobbying for the Panama-United States Trade Promotion Agreement, Clinton paved the way for major banks and corporations, most notably the Deutsche Bank, to skirt national laws and regulations. After she resigned as Secretary of State, the Deutsche Bank paid her $485,000 for a speech. While criminality can’t yet be definitively established, this may change when the “Süddeutsche Zeitung” publishes its comprehensive list at the end of the month. In addition to the aforementioned connection, Clinton’s name has already surfaced in connection to a billionaire and a Russian-controlled bank named in the files.


When added to the myriad other Clinton scandals and political vulnerabilities, the Democratic party’s gatekeeper superdelegates could decide that Clinton is too big of a liability going into the general election…one could hope. 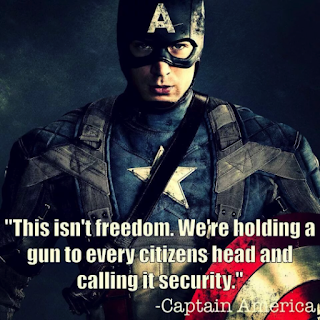 But, says Craig Murray on his UK blog, “What do you expect? The leak is being managed by the grandly but laughably named ‘International Consortium of Investigative Journalists’ (ICIJ), which is funded and organized entirely by the USA’s Center for Public Integrity. Their funders include:


It’s also funded by the USAID.


Which, on top of having a historical reputation for tossing money to international political and military partners, also has a warmed and well-worn mattress at the CIA. According to journalist William Blum, author of The CIA: A Forgotten History, in the ‘60s and ‘70s the USAID maintained a “close working relationship with the CIA, and Agency officers often operated abroad under USAID cover.”


What’s more, the Orwellian International Consortium of Journalists is the lone wolf in rounding up 400 hand-picked journalists, in over 80 countries, from 100 media organizations.


The Consortium, it should be of little surprise, is a nonprofit network of journalists based in Washington D.C.

Yet this never seems to be concern. The media outcry always seems to focus on the manner in which public officials hide their assets, not the fact that the funds were stolen to begin with.

This report targets the illicit use of offshore corporations, specifically those set up by a single law firm in Panama.

In reality, this issue hardly boils down to one firm.

There are thousands of law firms all around the world, including in the UK and the United States, which register companies for their clients.

Some of those companies end up being used for nefarious purposes, including fraud and theft.

But it’s crazy to presume that corrupt officials and con artists are the only ones who would ever need a company in one of these “shady” jurisdictions.

(Those “shady” jurisdictions, by the way, include Wyoming, South Dakota, and Delaware.)

We’re not making this up…

Never mind that people in the Land of the Free are living in the most litigious society in human history.

Or that last year the US government stole more money and private property from its citizens through civil asset forfeiture than all the thieves and felons in the country combined.

Given such obvious realities, you’d have to be crazy to NOT take steps to protect your savings.

So let it be written.

Look, the anger and disgust of seeing corrupt people getting away with a crime is understandable, particularly when that crime is stealing from taxpayers.

But nobody ever seems to attack the real problem-- that these people are ever put in positions enabling them to steal taxpayer funds to begin with.


This new international capital influx into the U.S. is the result of the U.S.-inspired OECD disclosure double-standards.


You see, in March of 2010, the U.S., in a leather-fisted approach to knock out tax evaders, crafted the Foreign Account Tax Compliance Act, or FATCA. FATCA made it so that foreign banks were required to report on U.S. citizen bank accounts, or else pay hefty fines.


The OECD, then, with FATCA in mind, from its headquarters at the Chateau de la Muette, schemed up its own set of draconian regulations for its member countries to adopt. So that they too could smoke out their own tax-dodgers. Out of all the countries asked to sign, only a few declined: Bahrain, Nauru, Vanuatu and… wait for it… the United States of America.


“How ironic -- no, how perverse -- that the USA, which has been so sanctimonious in its condemnation of Swiss banks,” Peter A. Cotorceanu, a lawyer at Zurich law firm Anaford AG says, “has become the banking secrecy jurisdiction du jour.

These reports are incredibly damning for the dozens, even hundreds or thousands of bad actors who abuse the system.

But at the same time they create a mass hysteria that puts law-abiding taxpayers who value their financial privacy into the same category as some corrupt African dictator.
We’ve entered a time where privacy and personal freedom are trivial inconveniences rather than the bedrock cultural values they used to be.


Panamanians have long shrugged off their country's checkered reputation as a financial haven for drug lords, tax dodgers and corrupt oligarchs. They like to joke that if they're crooks, they've learned it from the world's wealthy nations.


That same defensiveness has re-emerged amid the fallout from the leak of 11.5 million confidential documents from the Panama-based law firm Mossack Fonseca revealing details of how some of the globe's richest people funnel their assets into secretive shell companies set up here and in other lightly regulated jurisdictions.


A 20 year study from Princeton suggests that Americans now live in a fascist state-gee what a surprise.  I urge folks to watch this short video as it reinforces much of what I’ve written about for more than 20 years…


Books, Art, Video – the saucy, the odd, the retro, even the practical…

Recession Rescue: Surviving the Coming Debt Crisis- Prepare Now while you still can!

Many trusted financial analysts are advising their clients that another recession is about to hit…well known advisor Peter Schiff says it will be worse than the 2008 financial crisis and will be harder on Americans because debt levels are so much higher today!

Although some might not see it but our nation is facing another recession, investors are being warned by analysts to brace for a ‘cataclysmic year’ akin to the Lehman crisis of 2008-This year saw the worst opening month for the stock market EVER and most Americans are unprepared with little or no savings.

If that describes you, please consider getting yourself a copy of our special CD ROM containing [here’s a sampling] these reports:

Go here to learn more and to order:

Email ThisBlogThis!Share to TwitterShare to FacebookShare to Pinterest
Labels: Clinton Connection, money connection, Panama Papers, resources you can still use

Right on as always-the little guys always gets it on the chin and people never seem to have a clue especially when it comes to shysters like Hillary who simply cannot be trusted.

Non illegitimate carborundum - don't let the bastards wear you down or as we used to advise our underlings...give the bastards enough rope and they'll hang themselves and I firmly believe that is what will happen to people like Clinton!

The political elite have always hidden money as well as Wall Street honchos-everyone wants to escape the tax man regardless of country...the little guy has no money to hide [well, maybe the drug dealers and the rap artists do] so life has changed very little.

This is absolutely no surprise, sadly. But now that more of the public is informed about it, maybe then something will actually get done. Or am I still being naïve? But, I see all those in D.C as crooks anyways....every single one, so I certainly wouldn't be holding my breath that justice will be meted out.

In the United States, the historical favorite is the progressive tax.