Ignorance in America is rampant and deadly 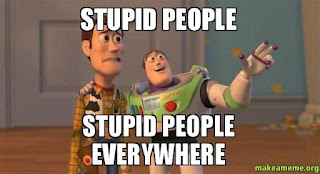 The Deadliest Disease Known to Man Is Ignorance!

We live in a world of lies, deceit, propaganda, staged narratives, and because this deceit has been widely accepted by the crowd, mass ignorance has been the result. This universal ignorance cannot be blamed solely on government, indoctrination centers called ‘public’ schools, politicians, or the media, except that these entities do advance every form of lie possible in order to fool the people into accepting storied fables leading them toward slavery. And as should be obvious at this stage of the game, the people have been thoroughly fooled, and have swallowed hook, line, and sinker, every bald-faced lie imaginable. The result sought and gained by the state, can be evidenced by the total submission and gross obedience to this heinous and politicized ruling class of psychopathic monsters.

This disease called ignorance, now consumes the minds of most all of this population, and is eating away entirely the ability to consider fact, to realize truth, to practice logic, to reason, and to muster any ability whatsoever to think critically as an individual. This state of being has been the common thread of this and other populations for a long time, but the complete lie of a fake disease called ‘covid,’ has exposed that mass ignorance is not only alive and well, but has infected almost to a man, this entire society and the world. There is no proven disease called ‘covid,’ there is no real scientific proof of ‘covid’ or any ‘virus’ whatsoever, but regardless of this truth, the whole world has fallen to its knees in a display of mass and pathetic gullibility so outrageous as to be insulting to any thinking individual.

This all comes down to the very unscientific false belief in germ theory, and the complete negation of terrain theory; a mistake of epoch proportion. There is no reason for one versus the other, but only the honest assessment of reality that is the human body. Even Louis Pasteur, the so-called father of germ theory idiocy, is said to have admitted on his death bed that the “pathogen is nothing, the terrain is everything.” But to this day, real medicine is ignored in favor of very harmful prescription drugs sold by huge pharmaceutical companies, and surgery, as the only ‘legitimate’ treatment for any illness. Not prevention or cure mind you, but constant and forever treatment and death; treatment that brings hundreds of billions of dollars each year to what is now mistakenly called modern medicine and ‘health care’ administered by state whores.

Considering just the past three years, the fundamental issue should focus on whether or not this so-called ‘covid’ virus even exists, and once it is established that no valid scientific procedures have been accomplished to prove without a doubt that this virus actually exists, then it is imperative to discuss the claim that any virus exists, as none have ever been properly isolated or identified. It is also important to scrutinize all those who profit at extreme levels due to the lie of ‘covid.’

Some of those would include the entirety of the medical field, the pharmaceutical companies, the politicians and all the ruling class who desire control, the large corporations who gain more monopoly due to the purposeful destruction of the lower and middle class economic capabilities, and the owners of everything by the big banks and investment houses that gain trillions due to the massive money printing based on this ‘covid’ lie.

There are still many who claim both sides of this argument, and that has helped greatly the expansion of the lies, because what might be people who would normally question the state narrative, have become supporters of that same narrative. This is very confusing to those people who have placed their trust in these hypocrites who are either acting as controlled opposition purposely, or actually are ignorant of the obvious truth.

These people are certainly contradicting themselves, whether they are doing so intentionally or not. Many of those taking what is considered a ‘libertarian’ approach, are simply agreeing to both sides of the argument by claiming that ‘SARS-CoV-2 (‘covid-19’) is real and is a virus, and a massive threat to humanity. They are agreeing with the state’s false narrative, and at the same time, claiming to be against the bio-weapon ‘vaccine’ injection. You know who these people are, but do you doubt their pretended sincerity? I think, at least in most cases, you do not. This is just a recipe for more confusion, and confusion leads right back to ignorance. 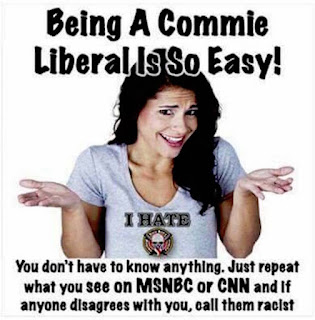 The so-called ‘science’ that advocates perpetual treatment, perpetual ‘vaccines,’ and perpetual wealth building for its drug pushers, is the quackery labeled virology. Of course, as one might expect, this is the ‘science’ of viruses, but since no virus in history has ever once been separated, fully isolated, or identified, how can such a ‘science’ exist? If there are no viruses, how can there be virology?  One might also ask; if there is no direct threat, how can there be legitimate medical war against the people? In both cases, there is no legitimacy in virology or a ‘health war,’ but there is a valid and justifiable argument that virology is also a war against us; a war on humanity, because it is used to simply enrich the perpetrators of this fraud, to poison the masses, and to gain power and control over all.

The ‘covid’ and ‘vaccine’ frauds have been largely exposed, although the mainstream, and those in the alternative media as well, who continue to push the lie that ‘covid’ is real, was produced in a lab, and accidentally or purposely released on the world, are losing ground. Their next obvious move was to create the lie of variants; variants that came from a non-existent virus, and would be the next killer. This required even more poisonous injections, and ‘vaccine’ boosters. But these threats never panned out of course, so other threats were invented, such as the staged war in Ukraine, the lie of manmade ‘climate change,’ and then the threat of nuclear annihilation.

Now, the tide has turned back to yet another falsely claimed dangerous ‘viral disease’ called respiratory syncytial virus, or RSV; a so-called sickness that is similar to a mild cold, but according to the drug-dealing medical establishment, it requires yet another killer ‘vaccine.’ The first toxic ‘vaccine’ used to ‘combat’ this same claimed affliction, was actually used and sickened and killed children in the 1960s who were said to have the very same RSV ‘sickness.’ You just can’t make up this degree of lunacy.

There is a massive amount of evidence available to discount virology and to completely expose the ridiculous notion of germ theory, but changing the minds of the entire population after many generations of lies and brainwashing, is a difficult task to accomplish. It requires individual thinking and scrutiny of the atrocious state ‘medical’ policy that has consumed the public. One only has to understand who gains from the fraud,  and which corporations and individuals control the medical field, in order to awaken to the fact that powerful criminal elements are involved.

As the never-ending idiocy of virology continues to rule the day, the Pfizer chief crows and brags to investors that the ‘covid’ fraud will continue to be a multi-billion dollar franchise for many years to come; and expects massive profits to continue. This is the thought process of those who profit from the false flag ‘virus’ fear mongering who desire to destroy humanity for money, power, and control; this as they increase the price of this poisonous bio-weapon injection  by astronomical amounts, all the while knowing of the deadly harm caused by this toxic killer.

Open your minds, do your own research, understand the horror of the U.S. medical establishment and its pharmaceutical masters, and take proper care of your health instead of allowing the criminal system to harm you. Turn away from Pfizer, Moderna, AstraZeneca and all the other drug-dealing pharmaceutical companies, take responsibility for yourselves and your own health instead of relying on the evil state narratives that are only lies. Do not accept ignorance as the fall-back position; and instead inform yourselves about the terror of the state. The worthless election is over, nothing will change, except things will likely worsen, so abandon and negate this wicked state instead of hiding from the truth.

How and Why Revolutions Happen

A Tip for Preventing Food Waste

Prevention of food wasting is my number one way to cut down grocery bills. I put out garbage twice weekly. On each garbage day, I inventory my refrigerator's contents, paying particular attention to the backs of the shelves where small items can roll and hide. I find things I might have forgotten to use, then put them up front while improving storage methods to prevent "lost" food. After a similar look in the freezer compartment, I'm done. A few minutes twice a week have made a big difference in my grocery bills and usage.
​Bonnie

·         Easy Steps To Building an Emergency Fund on a Tight Budget

A Tale of Two Midterms

How Electronic Voting Machines Cheat and What To Do About This 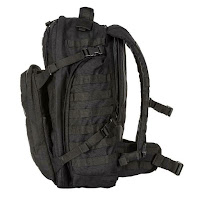 A while ago I wrote an article called 100 Survival Items You Forgot To Put In Your Bug Out Bag. Several readers complained, saying things like, "How the hell am I supposed to fit all this stuff in my bug out bag?" Well, you're not. The point of the article is to tell people about any items they would have included but either forgot about or hadn't considered yet.

Every bug out bag should be 100% unique. Sure, there are some basic items that every bug out bag should have (food, lighter, water filter, flashlight, etc.), but you should customize your bag based on where you live, what type of disaster is most likely to occur in your area, and how much weight you can carry over a long distance. Many preppers forget about that last point.

If your bag is so heavy that you can't carry it more than a few miles, you'll have to ditch some of the items, anyway. And what's going to happen if you have to run from attackers, jump walls, and climb fences? Having a bag that's too heavy could get you killed... 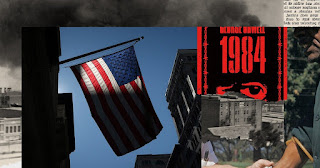 just ran across two examples of stupid people on Par;er who think the Biden Crime Family has done nothing wrong & that our nation is in fine shape...never mind inflation, the souther border invasion 70K fentanyl deaths, inflation, etc.