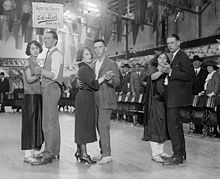 
2.       How people survived the Great Depression


"Alcohol didn’t cause the high crime rates of the ‘20s and ‘30s, Prohibition did. And drugs do not cause today’s alarming crime rates, but drug prohibition does.... Trying to wage war on 23 million Americans who are obviously very committed to certain recreational activities is not going to be any more successful than Prohibition was."
-- Judge James Paine
U.S. District Court

Tidbits on how folks survived during the Great Depression


During the worst years of the Depression (1933-1934) the overall jobless rate was 25% (1 out of 4 people) with another 25% taking wage cuts or working part time. The gross national product fell by almost 50%. It was not until 1941, when WWII was underway, that unemployment officially fell back below 10%.

After the initial crash, there was a wave of suicides in the New York’s financial district. It is said that the clerks of one hotel even started asking new guests if they needed a room for sleeping or jumping.

In the mountain communities of Appalachia, whole families were reduced to dandelions and blackberries for their basic diet. Some children were so hungry, they chewed on their own hands.

People who lost their homes often lived in what were called “Hoovervilles,” or shanty towns, that were named after President Herbert Hoover. There was also “Hoover Stew” (food dished out in soup kitchens), “Hoover Blankets” (newspapers that served as blankets), “Hoover Hogs” (jack rabbits used as food), and “Hoover Wagons” (broken cars that were pulled by mules).

Chicago gangster Al Capone, in one of his sporadic attempts at public relations, opened a soup kitchen during the Great Depression. For millions, soup kitchens provided the only food they would see all day.

The “Three Little Pigs“—released May 27, 1933, and produced by Walt Disney—was seen as symbolic of the Great Depression, with the wolf representing the Depression and the three little pigs representing average citizens who eventually succeeded by working together.


Fundraising during the Depression

A dance marathon is an event in which people stay on their feet for a given length of time. It started as a popular fad in the 1920s and 1930s, when organized dance endurance contests attracted people to compete to achieve fame or win monetary prizes. A 1969 film about the fad, They Shoot Horses, Don't They?, based on the 1935 book of the same name, written by Horace McCoy

Chain letters seemed to have first begun in 1935 as a get-rich-quick scheme. The source of the letters is unknown, but the letters became so popular that post offices around the nation had to hire extra help.

Charities often held ‘mystery cake’ fundraisers.  Local society would pay a fee to attend an afternoon cake and coffee social.  Hidden inside the cake were prizes, often featuring one item of significant value such as a diamond ring, donated by a supportive jeweler.  I don’t know how many might have choked on one of the mystery prizes but the Little Rascals once aired a funny episode surrounding this kind of event.

Of course, bootlegging, making homemade hootch and speak-easies were another means of generating money for cash strapped citizens.  Bootlegging gave rise to organized crime just as drug smuggling does today.

Some scholars find the 2009 economic condition more troubling than that of the 1930s' Great Depression because debt in 2009 includes not only stocks but also millions of homes, property, local governments, and entire nations. Also, in contrast to the 1930s, the U.S. is now a debtor nation and more households in the U.S. are in far greater debt and fewer people today are as self-reliant as our grandparents.

Live on cash - Getting on a cash budget is a simple but highly effective way to get your spending and personal finances firmly under control. Two popular variations of the cash budget are the money jar system and the envelope budget system. 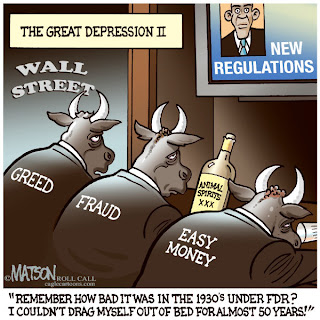 
Finally, did you know that the web can help you find hidden treasure? Maybe it's an old savings bond you forgot to cash, a tax return that you never claimed, or a deposit on your electric bill. The government runs a website called treasurydirect.gov that can help you find your lost money, while unclaimed.org represents state level governments. You have to search by state on that site, and you should check each one that you've lived in.


Want to dig even deeper? You can look for lost tax returns on the IRS' site, or get the money you lost when your bank or credit union went under. If you're owed a pension by a company that failed, you can try at one or another government agency that says it can help. And if you've got a 401k plan that you left behind at your last job, unclaimedretirementbenefits.com is your website.


If you read the newest Poor Man ebook on becoming self sufficient, we included several resources for ‘mini-angel’ funders.  Here are a few more worth checking out.


These sites allow business owners to pitch their idea and request funding online.  Average money loaned - $10,000.  Also, check out Ladieswholaunch.com for daily funding opportunities.  Get our ebook at:  http://poormansurvival.com/SelfSufficiencyProgram.aspx


SIDEBAR:  Need a quick, short term loan?  Asking only a 3% per month plus a $15 fee, anyone with a steady history of paying bills (good credit not necessary) can get a 1st time 30-day loan of $225 (more for repeat loans) at:


If you owe federal loans here are a couple of options:  negotiate an extended repayment period, allowing you to stretch payments to 25 years or switch to an income-based repayment plan which caps your payments at 15% of your discretionary income.  Learn more at:


DIY repairs...save on cost of hiring a repair man - One of the best investments I ever made was buying the book Complete Do-It-Yourself Manual, it has saved me hundreds of dollars in repair bills


Even Photoshop Elements, the basic version of Adobe's software, can cost you almost $100. But at aviary.com you can find free online software that does the same things as Photoshop, Illustrator, and even Apple's GarageBand, all on top of the basic photo-editing tools that you need. It's free and easy to use from any web browser, and if you want to learn more advanced techniques their tutorials are waiting to help.


Backup your files and photos


Free backup apps, like Apple's Time Machine and Ubuntu's Deja Dup, come with most PCs and Macs. But what if you want to get to your files on another computer, or make sure you still have them if your house burns down or your computer gets stolen?


That's what free online backup services are for. Box.net lets you store up to 5 GBs worth of small files; Amazon Cloud Drive gives you the same amount of space for files of any size, and any songs you buy from their MP3 store are automatically put into it. Meanwhile, the major computer and OS makers all have their own services; Apple has iCloud, Canonical has Ubuntu One, and Microsoft runs Windows Live Skydrive, which gives up to 25 GBs of space.


A slice of onion applied to a bee sting will take the pain away. Vanilla extract works great on insect bites also.


US House of Representatives approved an internet snooping bill that requires internet service providers (ISPs) to keep records of customer activity for a year so police can review them as needed. Here's what this bill means for you and what you can do about it.


The lovingly titled Protecting Children From Internet Pornographers Act of 2011 (PCFIPA of 2011) requires ISPs to retain customer names, addresses, phone numbers, credit card numbers, bank account numbers, and dynamic IP addresses. It's a record of your personal information plus the web sites you visit. It's like handing over a year's worth of browser history plus the contents of your wallet to the police. The thing is, you're not really handing it over so much as your ISP is—without your consent.


Essentially, this bill does nothing more than make the browsing histories of approximately 272.1 million Americans readily available to the police. And that information comes with credit card numbers, addresses, and more. It not only encroaches upon personal privacy but is a complete waste of resources


It could be worse. One nice feature of the PCFIPA of 2011 bill is that it doesn't include cellular data, so if you've thought about switching to 4G wireless data at home you'll soon have another reason. That's not an option for many people, however, but that doesn't mean you're out of luck.


Your best bet is to find yourself a good VPN provider and hook it up to a good VPN tool to encrypt and route all your internet traffic through a third-party that isn't your ISP. Virtual Private Networks creates secure, encrypted connections between your computer and a server on the internet, then routes all your internet activity through that server. Your ISP would only really be logging the IP address of your VPN server, which doesn't give them much of your private info.


You'll also want to read our guide on protecting your privacy when downloading for more suggestions. (Source: LifeHacker.com)


SIDEBAR: A White House trial balloon suggests the feds want to assign each US citizen an internet ID number so Uncle Scam can share all your internet activity with its corporate owners.  It would appear the aim is to turn the internet into a public controlled utility.


Prepare a weekly menu before you go to the grocery store. You will focus on buying only what you need instead of making last-minute impulse purchase. Plus, you will not be stumped with what to make for dinner.

Time for a real “GOVERNMENT 2.0” – an actual democracy, instead of “government by corporate avatar.”


It’s always good to be back home and back into my normal routine…did you miss me?


It was interesting to observe the ‘de-evolution’ of small town America during our drive through three states.  In most cases, there were obvious signs of a depression; plenty of closed up businesses in each town.

We enjoy antiquing and there used to be dozens of such shops where we stayed…now, within a 35 mile radius, we couldn’t find one shop that was still in operation.  At least half of the restaurants in the town we visited had closed their doors too.


Still, most of the towns we traveled through try to keep up a brave front.  Empty stores were often filled with stuff to make them appear business ready, few were actually boarded up and 99% of lawns were mowed and yards and homes kept up.

One chamber executive I spoke with told me with a smile, ‘we’re happy that we might be getting a new Family Dollar outlet in town.”  Whoa, now there’s a big job creator, selling more Made in China stuff.  Most folks I spoke with all agreed Washington has become a bad joke for the American people.

Here’s a key quote: “In a survey of 2,000 companies earlier this year, McKinsey Global Institute, the think tank arm of the big consulting firm, found 58% of employers expect to have more part-time, temporary or contract workers over the next five years and 21.5% more ‘outsourced or offshored’ workers.”


Yours for what’s right with America, the Poor Man

Mighty interesting Depression trivia...sure sounds much like today thanks to Washington.