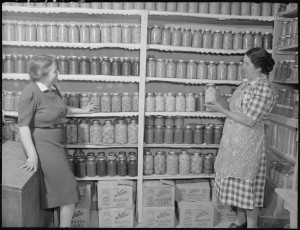 
5.      Declaration of Orders We Will Not Obey-Terrorists R Us


A record 64 percent of American adults surveyed by Gallup in a poll released Monday rated the honesty and ethical standards for members of Congress as "low" or "very low." Those numbers mark the lowest rating that Gallup has measured for any profession since it began polling the question in 1976.


I would add to that a D minus grade for overall competence too as illustrated below.


As part of a political "crackdown" on the financial world, the Dodd-Frank Act passed last year, the fees that credit card companies can charge merchants now have a cap of 21 cents per transaction.


What actually happened to make small transactions profitable was that companies would charge a high fee for large tickets and use that revenue to subsidize the costs of smaller transactions. Smaller transactions were not averaging 21 cents. Instead, they cost 6 or 7 cents. This was made possible by the high fees that the politicos decided to legislate out of existence


No longer able to charge 44 cents, they can now charge only 21 cents. But transactions that used to cost 6 cents are also going up to 21 cents. This is intolerable for small merchants.


An immediate effect is that renting from Redbox will go up 20 cents, to $1.20. That is politicians picking your pocket. Many merchants are already declining to accept credit cards at all for purchases under $10.


Harper's Index estimates that oil companies will get more than $78 billion in subsidies from the government in the next three years.


Save on Heating Bills this Winter


Avoid self-adhesive foam weathers tripping for exterior doors.  Instead, use bronze-strip and use tin snips to cut it to size.


Get spring-loaded automatic door sweeps for exterior doors as they lift up as the door opens and press down to for a tight seal when it closes.


Insulate your attic hatch with an attic tent - a fabric ‘hut’ you install over the hatch, staple to the attic floor and zip open when you need to crawl through.


Seal the cracks where pipes penetrate the wall under sinks and where baseboards meet the floor - spray foam or use caulk.

Here you can learn all about the various cyber crimes that exist and the laws surrounding them. Most importantly this site has a great section on identity theft. Identity theft can truly happen to anyone, I mean it even happened to me a few years ago, so you need to make yourself educated on how to stay safe! Not only will they teach you to be safer, if you have had you identity stolen they will give you information on how to report and what to do.

Navigation here is simple; just click topics on the side menu to get more information. If you have a teen gamer I highly recommend you check out the Online Gaming Safety. You’ll learn ways to help your child stay safe, and even about an organization of teens that are helping teach other teens to be safe online.

Another good section was the one about Cyberstalking and Harassment. I think that this is important for anyone who uses the internet to read. You need to know what qualifies as harassment and when that goes over the line into cyberstalking. Did you know it is a crime? Well it is! Learn what counts as cyberstalking and what you should do about it.
Check this one out today!
http://www.wiredsafety.org/


This service works as a plug-in browser for Firefox and it combines the advantages of a private browser and VPN with other security features.  Traffic is routed through remote servers and made anonymous and all downloads and sites are scanned for viruses…check it out at:


5,000 TV Stations and more on Your PC-No Monthly Fees


With this device you can listen to 20,000 radio stations, access 10,000 video games, 10,000 news sources and plenty of TV without monthly fees.  I’ve not personally used this product, but it sounds like a promising method of eliminating cable bills.  Priced at about $70. (I learned about it from Popular Science)  Learn more at:


A tool developed by the CDC is being used to conduct "door to door disaster preparedness assessments" in some areas of the United States. It is a complete mystery why authorities feel the need to conduct door to door inspections of how "prepared" we all are. The following comes from a local news report in Tennessee....


The Metro Public Health and the Tennessee Department of Health will be using a tool designed by the Centers for Disease Control and Prevention to go door to door and check to see how disaster ready you are.


The FBI is moving ahead with the implementation of Next Generation Identification (NGI), a national biometric identification system that is poised to bring about a major shift in the way the agency tracks people across the nation. When it becomes fully operational in 2014, NGI will contain biometric data on people’s palmprints, scars, marks, tattoos, voices, irises, and facial measurements…more at:


The newsletter Independent Living reports in its December 2011 issue that agents of the TSA (Transportation Security Administration) are running "checkpoints" to look for people carrying large amounts of cash. They are doing this at train stations, football stadiums and even on highways. There are reports that they question and even threaten people who have large amounts of cash, even when that amount is below the $10,000 limit set for customers reporting.


The Parting Thought – Who are the real terrorists?


The United States of America is becoming more like North Korea. In North Korea, the citizens are told that everything that they do needs to be monitored, tracked, recorded and very tightly controlled so that everyone can be kept safe. No dissent is allowed at all.


Another crock of crap from our government… Reminds me of that old anti-pot film, Reefer Madness.  There are plenty of Americans who have given up the use of credit cards…


Dept. of Homeland Insecurity propaganda film suggesting you might be a terrorist if you pay for a hotel room in cash…

Recognizing that we each swore an oath to support and defend the Constitution against all enemies, foreign and domestic, and affirming that we are guardians of the Republic, of the principles in our Declaration of Independence, and of the rights of our people, we affirm and declare the following:

-- Oath Keepers
Oath Keepers is a non partisan association of currently serving military, peace officers, fire-fighters, and veterans who will fulfill our oath to support and defend the Constitution against all enemies, foreign and domestic, so help us God.
Source: http://oathkeepers.org/oath/2009/03/03/declaration-of-orders-we-will-not-obey/
…perhaps our collective disgust with government is why Black Friday set a record for the most firearms sold in the US in a single day!