Police Abuse of Civil Liberties Increases-How to Protect Yourself 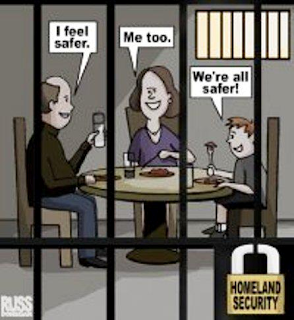 
2.      Keeping your home safe during vacations


3.      Become a civil liberties activist-brother, we need them!


4.      Asset Forfeiture abuse by government on the rise


My riches consist not in the extent of my possessions, but in the fewness of my wants.
- Joseph Brotherton (1783-1837); pastor, writer


William M. writes…as a retired school principal who used to work hand in glove with law enforcement – I wanted to bring to your attention the "sorry treatment" law-abiding citizens can expect when involved in a police search. While staying at a local hotel in my parent's hometown, I was awakened at about 10:40 P.M. by the St. Criox County Sheriff's Department. I answered the door and was forced to the floor, while a team of officers ransacked my hotel room. I was then placed against a wall in the hallway to field a host of questions dressed only in my skivvies.


This search warrant wasn't in my name, only a room number given to the police by an informant. The crime wasn't terrorism, drugs, or even human trafficking, simply theft. At the end of this tactical operation, they ran an ID check on me and then left a copy of the warrant. My attorney's advice per this situation and/or any future mishaps was simply this:


Never offer any information or drop your guard with law enforcement regardless of what they say (or don't say) the situation is!


If they want to talk to you, make sure you have legal counsel! (Even if that means taking a trip downtown.)


As in the cases of the UCLA student who was tazered multiple times by the police to the New York City undercover officers who turned a city street into a shooting gallery, these officers excuse their behavior under the banner of self-defense and expect the public to blindly accept their word in spite of valid physical evidence to the contrary. They are arrogant enough to believe that their word will not or should not be questioned. However, when they are confronted and complaints are filed, they harass and threaten their accusers into silence.


A Florida woman claims in a lawsuit she was pulled over for a rolling stop and had a gun pointed at her by a cop who then removed her tampon.


Since January, nearly a dozen officers have been arrested or fired or have resigned from the Dekalb County, Georgia, police department amidst allegations of illegality and brutality.


It Turns Out Women Don't Like Being Randomly Groped by Cops


Jacob Sullum:
A front-page story in today's New York Times highlights the special humiliation inflicted on women who are detained and patted down by police under the NYPD's stop-and-frisk program. Male officers grope them, concentrating on "the waistband, armpit, collar and groin areas," and go through their purses, pulling out personal items such as tampons, birth control pills, and lacy underwear. "Yes, it's intrusive," Inspector Kim Y. Royster tells the Times, "but wherever a weapon can be concealed is where the officer is going to search." Yet these searches almost never yield weapons.


It’s disgusting that this kind of information needs to be provided in the ‘land of the free.’


An introduction to civil liberties, suitable for beginners and experts alike. Explains the Constitution, Bill of Rights, and other relevant documents.


Learn more ways to protect yourself against police abuse here:


Sweet potatoes are a nutritional all-star.  Loaded with vitamin C, potassium and fiber-they’re terrific when baked instead of the traditional baked potato.


Got a summer vacation planned? Keeping your house safe these days means more than turning on a lamp and locking the front door. From Facebook to smartphone apps, there are a lot of easy ways to protect your most valuable investment.


As I was reading those statistics, I looked at my exterior doors and wondered how secure they really are.  More at: http://www.moneytalksnews.com/2012/08/01/keeping-your-home-safe-while-youre-away/?utm_source=newsletter&utm_campaign=email-2012-08-06&utm_medium=email


Get Involved with protecting your Civil Liberties


Organizations that focus on civil rights and civil liberties issues.


So where do civil liberties fit in on the political map, anyway?


activism · voting rights · civil liberties organizations ... Civil liberties are far too important, far too fundamental, to be regarded as optional components of the ...


The ACLU is often the only organization willing to take on unpopular civil liberties cases, which makes it essential to the preservation of our system of liberal ...


How to Become a Civil Liberties Activist - Get Active! 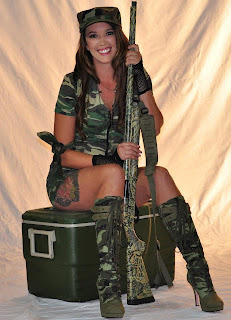 
Splenda and Truvia sweetners appear to be safe but Sweet n Low and NutraSweet may promote cancer.  Sorbitol can cause diarrhea in many people.

Steven Greenhut on Why Asset Forfeiture Abuse Is on the Rise

We've all become accustomed to the police increasing their ticket-writing to backfill their budgets, writes Steven Greenhut , but civil forfeiture laws have taken the profiteering to a new and disturbing level. If, for instance, your neighbor borrowed your green Buick and sold some marijuana to an undercover agent, the law enforcement agency can seize the car. The owner might not have done anything wrong, but the car was indeed used in the commission of a crime. And law enforcement knows that it's so costly for people to fight their forfeiture proceedings that many victims simply cede the property without a fight.


Who owns the rain? That sounds like a silly question, but the answer may surprise you. If you live in Oregon, Oregon does. So what does that mean in practice? Well, if you live in Oregon and dig a pond on your own property without a license, and the pond fills with rain water, the state now owns that water. Oh, and apparently you can go to jail if you decide to keep it.


Clean toilet bowls by pouring in one cup of white distilled vinegar and ¼ cup baking soda.  Let it sit for a few minutes, then scrub. 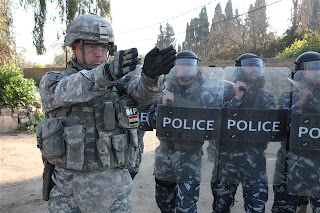 
"When you see that in order to produce, you need to obtain permission from men who produce nothing - When you see that money is flowing to those who deal, not in goods, but in favors - When you see that men get richer by graft and by pull than by work, and your laws don’t protect you against them, but protect them against you - When you see corruption being rewarded and honesty becoming a self-sacrifice - You may know that your society is doomed." -- Ayn Rand, Atlas Shrugged


Here's Why I Fear My Government


According to an official U.S. Department of Justice document, citizens are to be treated as potential terrorists and extremists if they have, and I quote:

"instructed themselves on topics ranging from first aid to childbirth to edible plants."


I am not making this up. The official Justice Department document, prepared, printed and distributed at taxpayer expense, is titled Investigating Terrorism and Criminal Extremism.


This document, proudly displaying an official Justice Department logo on its cover, mandates that anyone who has studied the above topics is to be subjected to enhanced scrutiny by criminal investigators, who are directed "to obtain as much information as possible" about such citizens.


This same document goes on. If you consider yourself a "constitutionalist," or a "Christian patriot," or if you identify with the "Tax-Protest Movement" (aka Tea Party), you, too, have been named as a terror threat, per this official 120-page Department of Justice manual. And there are many other examples of how liberty supporting Americans are being classified as "threats" in government documents throughout Washington.

According to one survey, the country added a surprising 163,000 jobs in July, while according to a second Labor Department survey, employment fell by 195,000—raising questions about whether the more positive figure is all that reliable, given that the economy slowed significantly to a 1.5 percent annualized growth rate in the second quarter and appears to be slowing further.

Why does the government spend so much time screwing with us (we used to be the master, not the slave) instead of serving us as it's supposed to?

Because there's too many people with their heads up their politics. Once people stop voting for criminals with a (D) or a (R) next to their names will things have a shot at getting better.