Protecting Yourself if the Dollar Does Collapse 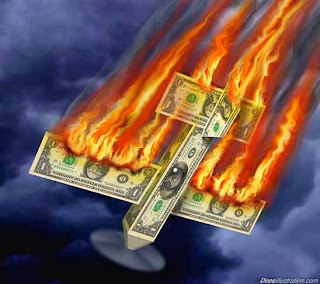 
From The Smiling Dog Saloon Files


1.        Protecting yourself if the dollar collapses


What to do if the dollar does collapse…


This week’s vote did one thing for those of us that are preparing --- and that is it bought us more time.   More time to prepare, save up, learn some skills, buy a little more ammo, etc.   This entire debate on the budget and looming default issue will rear its ugly head in only a matter of months from now…Congress is great at kicking the can down the street!

An annual budget deficit of over $1 trillion, annual trade deficit in the neighborhood of $728 billion, an official national debt of $16.7 trillion, and unfunded liabilities of $123 trillion.

And all liabilities are being carried by an economy generating $15.6 trillion each year in gross revenues (gross domestic product, or GDP).

How much longer can we continue to carry such enormous liabilities with such low income? Will we reverse the trend? Or will the dollar collapse under the weight of so much debt?


Purely as a matter of basic arithmetic, the betting has to be on a dollar collapse, at least eventually. It’s a matter of far too much debt and ongoing liabilities against too few resources.

The collapse of a nation’s currency is not an unusual event in history. In fact, it’s even more common in the past 100 years or so due to the advance of paper currency that is not backed by physical assets. For example, Roman coins continued to circulate as money well after the Empire collapsed because of their silver content. No country in the world today uses silver as a currency, or permits the redemption of currency for a certain amount of silver or gold. A nation’s currency then is entirely a product of how well the nation functions.

That being the case, a currency can collapse based ultimately on uncertainty.

Here is a short list of factors that could cause sufficient uncertainty to result in a dollar collapse:


A run on the dollar by foreign entities…


>A significant increase in inflation.


>The U.S. loses a significant war

When we talk about currency collapse – or in our case a dollar collapse – we’re actually talking about several possible scenarios.

In one instance, a dollar collapse could be a significant decline in the purchasing power of the currency. For example, a doubling of general price levels in a two or three year period would mean – in reality – that the value of the dollar has fallen by 50%.

A more severe version could be that we have an annual inflation rate of 50%. The dollar would continue to lose value in either scenario, but faith in the currency will decline along with it.

A Dollar Collapse is Not Inevitable

No discussion of a dollar collapse would be complete without considering that it may never happen. Here are some reasons why:


The dollar is the world’s reserve currency – there is no suitable replacement now or even on the horizon. This allows for much greater currency distortions.


We have been experiencing a very slow dollar collapse for the last several decades. As dysfunctional as that is, it is also entirely possible that it could go on for many, many more years. Let’s face it – we’re kind of used to it.

The country might have a shift over to greater financial responsibility – the debt problems don’t necessarily have to be eliminated as much as we need to start heading in the right direction.


The development of a new technology, or a combination of several, could unleash a wave of economic growth and capital formation that would minimize current imbalances.

A major war. For whatever reasons, nations seem to better tolerate hyperinflation and crumbling finances during war time.

A dollar collapse is far from certain. Any of these conditions – and a few others – could prevent it from happening.

How to Protect Yourself During a Dollar Collapse

When you consider the circumstances that can either cause or prevent a dollar collapse it is absolutely clear that it is completely beyond our control at the individual level. Whatever the outcome, all we can do is prepare and try to do our best to live within conditions as they are. Here are some suggestions on what you can do if a dollar collapse were to occur (remember, not saying it necessarily will):


It is regrettable – but true – that we may never put our trust completely in our Heavenly Father more than when it seems as if the walls are collapsing around us. And that is exactly what a dollar collapse will look and feel like. No matter how bad things get, God can guide us through the worst of it in ways that we can’t imagine. This is a good time to remember that God is bigger than our problems, even if they’re at the national level.


Most discussions of a dollar collapse center almost exclusively on how to preserve your investment portfolio (or savings) from the collapse. But most of us will have a far more basic problem – how will we make a living? Traditional jobs will disappear quickly, so think of skills that will enable you to either grow, build, or fix things. Growing food, generating power, repairing cars and computers, or even building (very) inexpensive homes will enable you to barter. Needs will be basic so the possibilities are pretty wide open.

3. Save up all the money you can now.


Even in a currency collapse, having money saved will be an economic virtue. At a minimum, you’ll need to have cash available to cover living expenses until you can figure out how to make a living. You may also need cash in order to help you retool to make your living. Of course, depending on if there was a partial or whole dollar collapse, this advice may or may not come in handy.

4. Have some money in precious metals.


When it comes to currency collapse, putting your money into precious metals is a default recommendation. I’m not completely convinced this will turn out to be true, but between gold and silver you might want to go with silver. It’s lower value will make it more practical as a barter asset. Just remember that a currency collapse will cause all types of distortions, some of which can have a negative effect on precious metals. Buy some, but don’t overdo it. Precious metals alone are unlikely to completely insulate you from the fallout of a dollar collapse.

5. Get closer with family, friends, church, neighborhood and community.


Crisis always brings us closer. We may not feel as much of a need for people and involvement during times of prosperity, but they’re God’s blessing in a disaster. We’ll need people and community to help and to be helped by, to barter with, and to entertain ourselves in ways we can no longer afford to.


What are your thoughts on a dollar collapse? Likely, unlikely, impossible? And if you think it is possible, what should we do to prepare for it? Leave a comment! 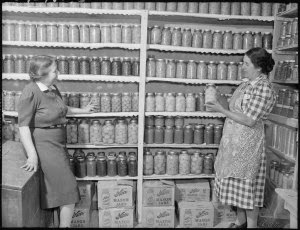 
Like Rourke says, he might be stating the obvious here, but it sure beats a tent for a variety of reasons in most cases: “A huge topic on many preparedness sites and forums revolves around shelter. Obviously if you are bugging in your house is your preferred shelter. If heading to a retreat then that…


Garden with Garbage: 10 Foods You Can Grow from Scraps


Duct tape is such wonderful stuff! Just be sure to purchase the good-quality brands and not the off-brand garbage sold at places like Wally World. Note: I’ve also heard that 100-mph tape is like duct tape on steroids but I’ve never tried it: “Modern duct tape, the kind easy to tear by hand yet strong…


Like most things, it’s apparently not that difficult to make your own Calendula salve, something that works great for small cuts and rashes: “For the last two spring seasons I grew calendula flowers in my herb garden. Calendula is said to be a premier antiseptic and healing agent, and so it makes sense that we…


The Nanny State-We love our government


The adoption of military gear by local police departments across America – some call it the “militarization” of American police – has been going on for a while. Now, observers ask whether this trend might have repercussion which should make citizens uneasy. Police department receive the equipment for free – all they have to do is pay for the shipping. The gear being sent to local police includes planes, helicopters, armored vehicles, grenade launchers, assault rifles, bullet-proof helmets, night-vision goggles, and more. A few sheriff departments ordered tanks. 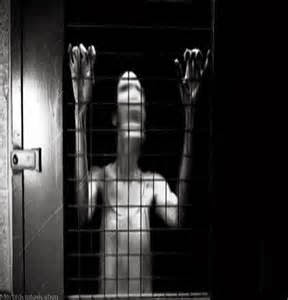 The Parting Thought – Nothing to worry in the land of the free!

After two days and more than 500 rounds in the Massad Ayoob Group MAG20 handgun training class, the results spoke for themselves.

EDITORS NOTE:   I had my initial firearms training during my days in the service and with several repeat refresher courses from licensed instructors.  Well worth the time and effort and the reason I’m sharing this article with you…


Recently, I had the privilege of attending the Massad Ayoob Group's MAG20 Range class, taught by Master Instructor David Maglio near Saukville, WI. After two days and more than 500 rounds, the results spoke for themselves. Three components in particular made a huge difference in my shooting.

The first was a small but critical adjustment in the angle of my off-side wrist and resulting placement of my thumb on the frame of the pistol. This minor shift in grip position took the feel of the gun in my hand from "awkward" to "natural extension of my arm." It also seemed to cure my pulling shots low and to the right on the target.


My personalized Halloween video wish (click on either link)

Support the Revolution – Make a Donation to the Poor Man today!

Much of what the Poor Man does is to promote the concepts of self-reliance, a voluntary society and economic independence -- writing articles, giving talks, maintaining blogs and an educational website -- he does for free. Donations made to support him in these efforts are much appreciated. 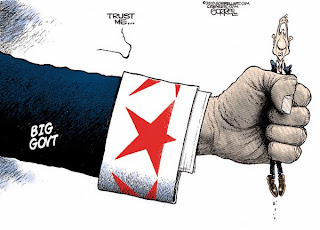 A Shallow Planet Production
Posted by Poor Man Survivor at 7:01 AM

Thought provoking to say the least, especially in light of current events in Washington