"The cult of the omnipotent state has millions of followers in the united States. Americans of today view their government in the same way as Christians view their God; they worship and adore the state and they render their lives and fortunes to it. Statists believe that their lives -- their very being -- are a privilege that the state has given to them. They believe that everything they do is -- and should be -- dependent on the consent of the government. Thus, statists support such devices as income taxation, licensing laws, regulations, passports, trade restrictions, and the like."
-- Jacob G. Hornberger 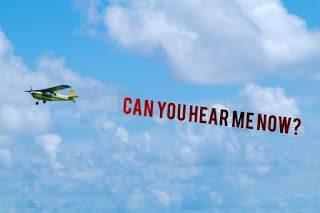 Most Creative Consumer Complaints Ever


When smacked in the face with inept, indifferent, or just plain bad customer service, some consumers dial up the company to complain and demand proper treatment, while others shoot off angry emails. Still others use their outrage and sense of injustice to get their creative juices flowing. They elevate their complaints to something approaching art in order to simultaneously embarrass the company or organization that did them wrong and shame customer service into rectifying the situation.

Music videos, epic poetry, publicly tattling on the CEO’s mom—these are some of the extraordinary, hilarious lengths consumers have gone to while seeking justice for poor treatment. The rest of us can’t help but chuckle and cheer them along.


Eugene Mirman, a comedian and the voice of one of the characters on the Fox show “Bob’s Burgers,” does not take kindly to what he sees as unwarranted parking tickets—even if the fine is a measly $15. Instead of simply paying the fine to the city of Portsmouth, N.H., and going about his life, Mirman paid for a full-page ad in a local publication protesting the “horse$&it charge,” which he received because of an obscure (and pretty darn absurd) law prohibiting cars from backing into parking spots.

Washington DC -- Identity theft topped the list of fastest-growing complaints to state and local consumer protection agencies last year, according to the latest report from the annual survey conducted by Consumer Federation of America (CFA) and the North American Consumer Protection Investigators (NACPI). Thirty-seven consumer agencies from twenty-one states participated in the survey, which asked about the most common complaints they received in 2014, the fastest-growing complaints, the worst complaints, new kinds of consumer problems, agencies’ biggest achievements and challenges, and new laws that are needed to better protect consumers.

“Considering the epidemic of data breaches that we’ve been experiencing in the last year, it’s not surprising that more consumers are contacting state or local consumer agencies for help to resolve the problems that identity theft can cause,” said Susan Grant, Director of Consumer Protection and Privacy at CFA. Some agencies cited the use of consumers’ stolen personal information to impersonate them in order to claim their tax refunds as a particularly fast-growing and troublesome problem. “Government benefits fraud resulting from identity theft makes it very difficult for the victims to claim benefits that are rightfully theirs,” noted Amber Capoun, NACPI President and a Legal Assistant in the Office of the State Banking Commission in Kansas. “The solution to the problem isn’t to provide consumers with identity theft insurance, it’s to require better security to prevent their personal information from being stolen and fraudulently used,” said Ms. Grant.

The top three complaints most commonly made to state and local consumer agencies continue to be auto-related problems, home improvement and construction, and credit and debt issues.

The top worst complaint of 2014 was debt collection. Problems in that category run the gamut from callers trying to get consumers to send money to satisfy loans that don’t really exist to abusive practices to collect debts that consumers legitimately owe. The real-life examples of complaints from agencies’ files provided in the report illustrate the range of problems that state and local consumer agencies handle. “The agencies in our survey try to help consumers with a wide variety of problems, from phony claims that an antique desk from China could cure cancer to a disabled man trying to cancel satellite television service that he couldn’t afford,” said Ms. Grant. “Consumer protection investigators need to develop expertise in many different subject areas,” said Ms. Capoun. “You think you’ve heard it all and then a new kind of complaint comes in.”

One new consumer problem that several agencies mentioned encountering last year was businesses closing and reopening under the same name but with new owners refusing to honor agreements that the original companies had made with consumers.

When asked what new laws are needed to better protect better consumers, several agencies suggested that lawmakers should address “the sharing economy.” Since consumer protection laws generally apply only to business-to-consumer transactions, it can be unclear who is legally responsible for problems that arise when consumers purchase services from other individuals through platforms such as Airbnb and Uber.

To read the full report, which provides additional suggestions for new laws as well as descriptions of agencies’ biggest achievements and challenges and tips for how consumers can protect themselves, go to www.consumerfed.org/pdfs/2014-consumer-survey-report.pdf.

Consumer Reports says if you are annoyed by automated robocalls, a call blocker could be your salvation. They review some of the products on the market. 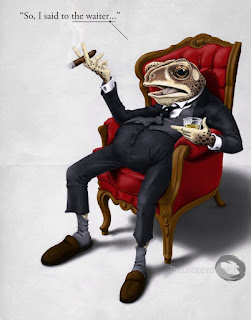 
http://RetroGuy.net
A Shallow Planet Production
From the Smoking Frog Folks...
Posted by Poor Man Survivor at 9:20 AM