Do Americans Know How to Elect a Real Leader?

“Courage is resistance to fear, mastery of fear, not absence of fear.” - Mark Twain 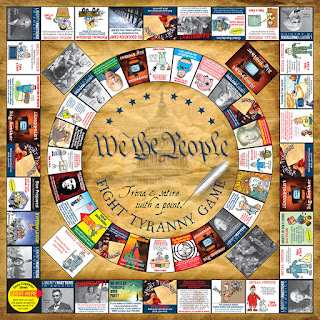 [Get this game at: WethePeopleGame.com]


Few people, aside from those who folks have been labeled “conspiracy theorists,” questioned the Patriot Act which makes me wonder:  Do Americans even know how to elect a real leader?


Unlike our reaction and our petition to the White House to overturn the most anti-freedom set of laws ever created…[the un-Patriot Act which robbed Americans of many of their freedoms, privacy, and dignity at airports…about dangerous government overreach.

“Everything can be taken from a man but one thing:  “The last of the human freedoms,” Viktor Frankl wrote [in response to his captivity & research at a Nazi prison camp] in Man’s Search for Meaning -- “to choose one’s attitude in any given set of circumstances, to choose one’s own way.”


The heavy hand of government is beginning to have a negative impact on everything from slower business startups to anemic job growth [the government loves to applaud its growth of menial, part time jobs]… 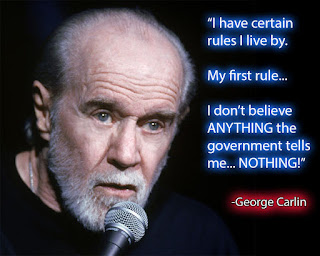 An exodus of people from the United States continues … and it’s not just Americans giving up their citizenship this time.

According to the Pew Research Center, more than 1 million Mexicans and their families returned to Mexico from 2009 through 2014. During that same time period, roughly 870,000 Mexicans moved into the U.S., resulting in a net loss of 140,000 Mexicans in the U.S.

Pew’s data includes both documented and undocumented immigrants. And while 14% of those leaving were deported, the majority left “of their own accord” with the intent of reuniting with families or finding better job opportunities in Mexico.

The slow economic recovery, high taxes and intrusive government have left people looking for opportunities outside the U.S. In fact, 1,426 Americans gave up their citizenship in the third quarter of 2015, setting a new all-time record high. So far in 2015, 3,221 Americans have renounced their citizenship, putting that figure on pace to surpass the high reached in 2014 of 3,415.

The march for the exits is a massive warning sign of which we need to take note. Conditions within the United States have worsened. The government has made few efforts to protect the privacy of Americans and no attempts to rein in its reckless spending that has pushed debt above $18 trillion. The economic recovery has created a poorer middle class and job growth that has been focused on low-paying jobs.

According to the Fed, some 31% of non-retired Americans have no savings or pension whatsoever.

Some have been frozen out, unable to save thanks to stagnating incomes and dismal job prospects. Others who might otherwise be able to save just don't see the point when they're not making any interest to speak of.

That negative outlook is understandable, given today's economic realities.


The 7th largest economy on the entire planet, Brazil, has been gripped by a horrifying recession, as has much of the rest of South America.  But it isn’t just South America that is experiencing a very serious economic downturn.  We have just learned that Japan (the third largest economy in the world) has lapsed into recession.  So has Canada.  So has Russia.  The dominoes are starting to fall, and it looks like the global economic crisis that has already started is going to accelerate as we head into the end of the year.  At this point, global trade is already down about 8.4 percent for the year…

Think of it in terms of our GDP or simply put as:

Since Obama took office, the numbers are dismal.  There has been a striking decline in the US labor force participation since the beginning of the global financial crisis in 2007.  [from 66.4% to 62.2%] now the lowest since 1977!

There are many reasons for this decline:  The rise of benefits under Obama’s leadership, discouragement [why work when there are no good jobs?] and a mismatch of skills and job openings…carpenters, for example, don’t easily become computer programmers or nurses.  Regardless of what the government tells us, the actual unemployment rate stands at 10% or higher and productivity has barely grown 1% a year since the ‘end’ of the recession in 2009.

Polls show 71% of Americans are unhappy with country’s direction-many are openly frustrated which is why candidates like Trump are faring well in the polls.  Folks are frustrated with career politicians who have turned the political process into a farce.

America is suffering from a feckless, lawless leadership who seem to have a broken will to help the nation rather than to restrain dishonesty and corruption they have foisted onto the American people.  But do Americans know how to elect a leader?


As Thomas Sowell wrote:  “If you are not informed, then the most patriotic thing you can do on Election Day is stay home!”

Staying Sovereign in the Face of Fear
Just like after 9/11 in 2001, the terrorist attacks in Paris have inspired a lot of fear — and a call for action. Unfortunately, our government is all-too-good at manipulating our emotions to attain its own end, curtailing our freedoms in the name of “security.” But we don’t have to fall prey to the fear: Learn how you can stay sovereign, even in the midst of a crisis. To read more, click here.

Yours for better living and…I offer you my best wishes for fruitful thanksgiving, 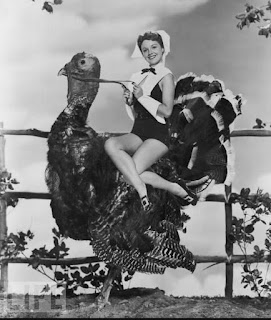 Books, Art, Video – the saucy, the odd, the retro, even the practical…support our vices 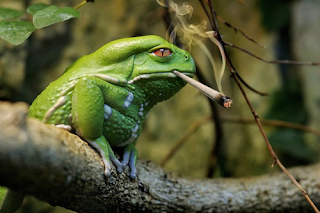 A Smoking Frog Feature from…


A Shallow Planet Production
Posted by Poor Man Survivor at 9:11 AM

Email ThisBlogThis!Share to TwitterShare to FacebookShare to Pinterest
Labels: Why the US economy is stagnating, Why vote? Human freedoms

As always, you made many valid points - enjoy the holidays young man!