Is it Possible to Make an Honest Living?

More money buys more happiness for the poor and more headaches for those who already have too much. - Anonymous


In the 1970s when I attended ASU [Arizona State] as an out of state student my tuition was roughly $650 per semester.  Between the GI Bill and the money I had saved from summers of driving a fork lift in a factory as a union member and some sideline painting jobs I had stashed away nearly $6,000 to pay my expenses.

I further supplemented my income by working a part time job as a night club bartender [that made it tough on my 7am Spanish class].  My budget was often wrecked by the constant tweaking that my Chevelle Super Sport required and the steady stream of  girlfriends I seemed to acquire [there was a reason Tempe, AZ was nicknamed ‘Sin City].

The cost of living then was considerably lower back then.  Around 1975 my brother purchased a new VW bug for less than $1800 – today you can’t buy a decent lawn tractor for that!

By the mid-1980s I owned a successful company which published regional business journals and produced business expos and seminars.  I also wrote a nationally syndicated business column, and offered marketing seminars throughout the country based on a business manual I had written.

I belonged to a barter exchange which allowed me to stretch my budget even further and offered me further ways to promote my business while enhancing my travel dollar.

However, the most important rule I learned in business was this:  One must always seek out new profit centers and new ways to save money. This has become increasingly more difficult.  The average American has no real money to speak of and they have the attention span of a gnat, seldom able to take their eye off their “smart” phone for more than a minute.

Today it seems the government’s goal is continually create new barriers to starting a business, job creation, saving money and/or the enjoyment of life.  Is it any wonder why so many of our youth take to dealing drugs on street corners rather than working for minimum wage? 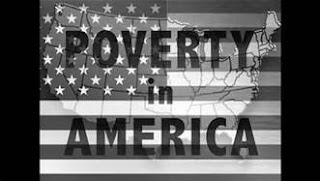 These roadblocks have taken a huge toll on the American Dream

It looks like a new housing slump is emerging in the United States.  Sales of previously owned homes fell by 2.3 percent in September.


New home sales in the United States declined by a whopping 11.5 percent in September.

According to John Williams of shadowstats.com, if the government was actually using honest numbers the unemployment rate in the United States today would be 22.9 percent.


And according to Challenger Gray, layoffs at major firms have risen to the highest level that we have witnessed since 2009.


Recently I had given thought to starting a neighborhood barter club but decided against it given the limited outlook on life most of my neighbors have.  Using Craigslist as a barometer I can see few, if any, folks around here have any interest in bartering…

If I trade my neighbor one chicken for help fixing my plumbing, where/how will we generate the currency I need to pay our exorbitant water bill, property taxes, auto insurance [all of which are among the highest in the nation]?


I’ve asked my neighbors if anyone here has ever tried launching alternative currency or a trade exchange of any sort…the short and long answer is NO.  Even the poor vendors at our one and only indoor flea market of the area gripe about ‘cheap ass’ customers and lousy sales.


I’ve been working hard on a new business venture connecting college student workers and senior citizens - something ideally suited for Arizona, Miami, Utah, Washington and other areas and have recently started preliminary advertising…so far however, not even one inquiry.  I’ve included several premiums [a PR package, a mobile app and more] into the package but am left scratching my head about the state of entrepreneurism in this nation…


Fewer US corporations innovate today as it is easier to simply purchase another startup company.  Indeed, due to our overly litigious society, most firms discourage any  innovation from outside their firm.


Think about why so many politicians want to remain in office for life?  It sure beats working for a living and the benefits and perks outweigh the private sector.


I’m leaving for Arizona soon to connect with old friends and business contacts…perhaps we’ll be able to brainstorm some better avenues…Have Brain-Will Travel! 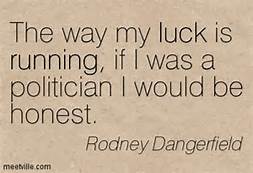 Preserving and stockpiling food is a cornerstone of homesteaders and off-gridders. Not all foods, though, preserve well, no matter what you do to them. Some are just bound and determined to deteriorate with time. But there are enough foods that will last virtually forever, if we take the time to select and pack them in the right manner.


Books, Art, Video – the saucy, the odd, the retro, even the practical…support our vices


http://RetroGuy.net
Posted by Poor Man Survivor at 9:05 AM

Email ThisBlogThis!Share to TwitterShare to FacebookShare to Pinterest
Labels: budgeting, making an honest living, poverty, preserving and stockpiling, roadblocks to the American Dream