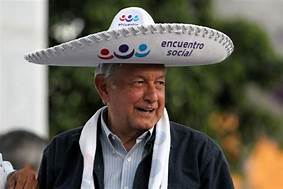 MEXICOs NEW REVOLUTION IS NOT GOOD FOR THE US

Mexican voters just elected a socialist strongman. This is bad news for the United States.

By Andrew Miller of the Philadelphia Trumpet [condensed version]


Mexico is vital to United States security. Since the U.S. is protected by the Pacific Ocean in the west and the Atlantic Ocean in the east, its southern border represents the most vulnerable part of its perimeter. Preventing Mexico and the islands of the Caribbean from allying with foreign enemies has always been vital to U.S. strategy.


This is why recent elections south of the Rio Grande are so concerning.


Andrés Manuel López Obrador was elected president of Mexico on July 1 in a landslide victory. He received 53 percent of the vote, the first time a presidential candidate has received an absolute majority since 1988. He will be sworn into office for a six-year term in December.


López Obrador’s coalition includes his Movement for National Regeneration, the far-left Labor Party and the evangelical Social Encounter Party. These three parties won 307 out of 500 seats in the Chamber of Deputies and 69 out of 128 seats in the Senate, close to the two-thirds majority needed to pass changes to the Constitution of Mexico. Thus, López Obrador may become Mexico’s strongest leader in decades.


Mexican historian Enrique Krauze has hailed López Obrador as a “tropical messiah” whose charisma can save Mexico. Others are less optimistic. They see the left-wing president as a socialist strongman akin to late Cuban President Fidel Castro and late Venezuelan President Hugo Chávez. Like these leaders, López Obrador came to power in an electoral campaign full of anti-American rhetoric.


Where will López Obrador lead Mexico? Many analysts say his policies on economics, criminal justice and immigration stand to pit his nation against the United States and set it on a path toward a Venezuela-style meltdown. And the Bible strongly indicates that such a scenario will occur in the near future.

In the U.S., López Obrador is called the Bernie Sanders of Mexico. The 64-year-old former mayor of Mexico City campaigns against what he calls the “mafia of the powerful” on behalf of “good and honest people.” What are his policies? In the past, he has called for Mexican oil businesses to be taken over by the government and for the country to withdraw from the North American Free Trade Agreement. In recent months, however, he has backed away from these proposals and instead called for money for youth programs, pensions for the elderly, and an overhaul of the nation’s infrastructure. He also wants to double the minimum wage in the Mexico-U.S. border area without raising taxes.


Yet, while López Obrador presents himself as a center-left politician railing against political corruption, key officials within his Movement for National Regeneration (morena) are far-left revolutionaries.


Yeidckol Polevnsky Gurwitz, the general secretary of morena, speaks openly of her admiration for Fidel Castro and Hugo Chávez. She acknowledges that her party seeks to incorporate Mexico in the Bolivarian Revolution, a political revolution in Venezuela that seeks to build an anti-American coalition of nations based on nationalism and socialism.


Héctor Díaz Polanco, president of the morena Commission of Honesty and Justice, is another official enamored with Venezuela’s revolution. “Let’s say it straight: The integration of Mexico in the Bolivarian Revolution would, in my opinion, make a big difference in the situation we have now,” he said last October in a video broadcast by Cadena Telesur. “We need to expand that revolution.”


The largest political party in Mexico is openly endorsing Venezuela’s socialist dictatorship. This means that López Obrador’s administration will likely forge alliances with anti-American regimes in Bolivia, Cuba, Nicaragua and Venezuela. Such an alliance would mandate distant relations with the United States and closer relationships with U.S. rivals, such as China, Russia and the European Union.

International drug-trafficking networks known as cartels employ half a million people in Mexico. These dangerous cartels rake in between $20 billion and $30 billion annually, making them wealthy enough to field their own armies. Roughly 15,000 trained fighters work for the cartels, which are equipped with drones, grenades, land mines, machine guns and even armored vehicles and submarines.


Over 200,000 people have been murdered in Mexico since former President Felipe Calderón declared war on the cartels in 2006. Cartel violence is directly responsible for roughly 40 percent of these homicides, and the situation is growing worse. Mexico is on track to pass 30,000 homicides this year, which would surpass last year’s record high of 29,168 murders. Cartel operatives are even killing government officials: 97 political officials and 48 political candidates have been murdered just since last September.


President-elect López Obrador has promised to tackle cartel violence by rewriting the rules of the drug war and granting amnesty to drug traffickers. His strategy is nicknamed “Hugs Not Bullets.”


“We are going to change this rotten, corrupt regime of injustices and privileges, and we are going to promote development,” he said at a rally last April. “I can summarize it in one sentence: work, good salaries and hugs, not bullets. The people of Sinaloa are not bad by nature. It is that many have been forced to take the path of antisocial behavior; many have lost their future—especially the young.”


The president-elect has also indicated that he will consider legalizing drugs. “All topics should be analyzed,” he said at a campaign event in May. “Health is affected more by alcohol and tobacco than other drugs, and prohibiting these drugs creates more violence. Why not talk about it?”


In addition to amnesty and legalization, López Obrador wants to negotiate with cartel bosses. “We’ll invite Pope Francis, the secretary general of the United Nations, Antonio Guterres, representatives of international organizations … so that, with local experts and with the victims and families of the victims, we elaborate a joint plan to attain peace in this country,” he said at the same event.


This “Hugs Not Bullets” strategy represents a ceasefire at best.


Mexico’s homicide rate may come down if the government stops fighting drug traffickers, but cartel bosses will still control half the country, and will face less resistance, enabling them to expand their power further. And if López Obrador’s socialist policies cause an economic collapse like the one that has devastated Venezuela, his ceasefire will leave the cartels basically in charge of the country.


The primary reason these criminal cartels are so wildly successful is that 27 million Americans are addicted to illegal psychiatric drugs. That means U.S. drug users are fueling a multibillion-dollar industry that causes over 21,000 overdose deaths and 12,000 drug-related homicides per year.


The end result is that “blood toucheth blood.” Currently, the bloodiest suffering is in Mexico. But if López Obrador’s government stops fighting the cartels, drug traffickers will have a free hand to ply their nation-destroying products throughout the Americas.

Since Mexican citizens living in the U.S. send about $30 billion home to Mexico each year, Mexican presidential candidates have a long history of supporting illegal immigration into their neighbor to the north. Yet López Obrador’s rhetoric has been more inflammatory than his predecessors.


He published a book in 2016 titled Listen Up, Trump that contains snippets from his speeches. In one, he says, “Trump and his advisers speak of the Mexicans the way Hitler and the Nazis referred to the Jews, just before undertaking the infamous persecution and the abominable extermination.”


In another campaign speech, López Obrador promised to defend “the migrants of the world who, by necessity, have to leave their villages to seek life in the United States; it is a human right that we will defend.” And in another, he said he would refuse to do America’s “dirty work” by deporting Guatemalan migrants passing through Mexico en route to America.


Such rhetoric is stirring up anti-American sentiments that have lain dormant since the North American Free Trade Agreement came into force on January 1, 1994. 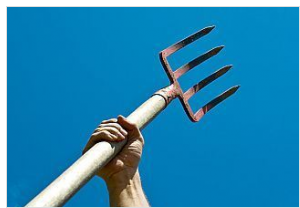 Officials in Mexico’s new government no longer want to help the United States fight drug cartels and deport immigrants. Instead, they want to mimic the economic policies of Cuba and Venezuela, even though the latter’s failed socialist revolution has created an economic crisis and prompted 10 percent of the country’s population to leave in search of better living conditions. López Obrador’s policies on economics, criminal justice and immigration stand to create a perfect storm that could soon transform Mexico into the next Venezuela, and send untold numbers of people fleeing north into the United States. 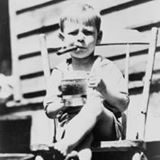 
How to Survive the War on the Middle Class


14 of the best reports I’ve assembled on protecting your freedom…Here is the download link. http://1drv.ms/1d9kfiU

Posted by Poor Man Survivor at 7:14 AM

I believe you've mentioned this in past blogs but funny how the lame stream press in this country [which essentially does a disservice to our country] never reports stories like this. The Left-wingers in this country are idiots thinking we should adopt everyone despite the fact our government already pays Costa Rica and others to help take in these so-called refugees and yet these idiots ignore the plight of our own indigent people. I just love it when they catch another rapist or murderer too how they refer to them as anything but "illegal."

Mexico is a sewer and Americans who vacation there are even dumber than a box of rocks. Their government is exploiting ours in every imaginable way for cash and assistance and soft brained liberals are also dumb for wanting an unvetted chain of illegals to flow into our country and there those traitors waiting in the wings that show these criminals who to exploit our system to get thousands in free benefits=they belong in jail too!

More young people and Democrats in America now embrace socialism than capitalism despite its failures in South America [where people are starving in several socialistic nations] showing once again the failure of education in America...these people are idiots...case in point:
a Bernie Sanders supporter carried an American flag to protest a far-right demonstration in Portland [a left wing city] and was beat to a pulp by [you guessed it] far-left Antifa thugs who decided he was a fascist! Brain-dead protestors haven't a clue what they're doing...