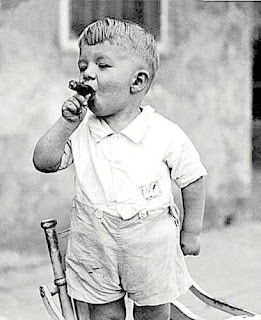 Things have changed so much that I often feel like a stranger in my own country.


This was a sentiment I encountered at every Trump rally I attended in 2015 and 2016 and something many of my friends and I have spoken aloud over the past two decades.  Is it the typical sign of getting old or are things really changing that quickly or both?


My good friend Larry commented on the AI series I wrote last year and sudden move by advertisers to incorporate robots into so many TV ads, especially for the likes of Verizon and driverless vehicles…something we both find odd.  In the case of driverless cars we each think they will likely be geared to older folks who no longer drive and to millenials who can’t afford a vehicle and might not have drivers license and often don’t see car ownership as something they can afford [after all, vehicle ownership isn’t pushed by Madison Avenue any longer-leasing is].

SIDEBAR:  It is nearly impossible to traverse web news or popular media today without being assaulted by vast amounts of propaganda on artificial intelligence (AI). It is perhaps the fad to end all fads as it supposedly encompasses almost every aspect of human existence, from economics and security to thought and art. According to mainstream claims, AI can do almost everything and do it better than any human being. And the things AI can't do, it will be able to do eventually.


The globalist establishment has long held AI as a kind of holy grail in centralization technology. The United Nations has adopted numerous positions and even summits in the issue, including the "AI For Good" summit in Geneva.


The following is by Timothy Carney.  It appeared in the Feb. 19th issue of the Washington Examiner.


How the Collapse of Communities Gave Us President Trump


“When I was a kid,” 80-year-old Bob Garrett told me in Rock Hill, S.C., during the 2016 election, “it was really great to be an American, and it’s just disintegrated over the years. … It’s not the same America.”


This sense of alienation from one's own country turned out to be one of the best predictors of Trump support.


Compared to other white, working-class Americans, Trump’s working-class supporters were 3.5 times more likely to feel like a stranger in their own land, a survey by pollster PRRI found. That’s an extraordinary correlation, stronger than almost any other indicator PRRI could find. Even support for deporting illegal immigrants was less correlated with Trump support.


It tells us something not just about Trump supporters, but about what ails so much of working-class America.


While some old guys in MAGA hats complaining about cultural changes may have meant something like “too much rap music on TV” or “women don’t know their place,” there were also plenty more valid reasons to lament cultural shifts.


So all those liberal critics who said Trump’s election was more about culture than economics? They were right. More precisely, though, Trump support was about cultural alienation. People turned to him to fill a void left by the erosion of civil society. 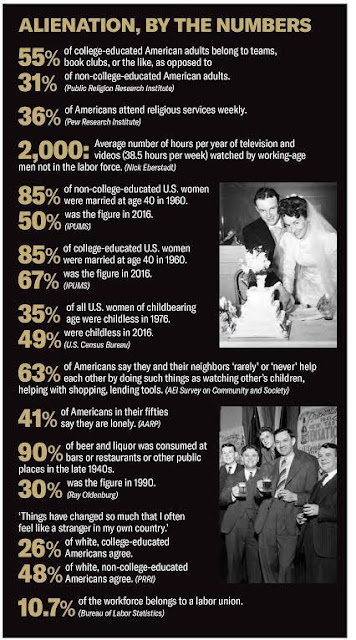 
“Trumpism,” commentator Alex Wagner suggested after noticing how Trump rallies resembled religious revivals, could be “endowing certain Americans with a sense of solidarity and support that were once found in institutions like the church (or marriage).”


This is clear when we focus on the early GOP primaries to sort out who was Trump’s early core support.


“Outside of your family,” the Center for the Study of Elections and Democracy asked people in 2016, “who would you turn to first if you needed help with” child care, finances, a ride to an appointment, advice on raising a family, and other matters for which people often turn to their neighbors, their church community, or other institutions that play an intimate role in their lives.


Maybe you rely on a next-door neighbor for a ride, but for life advice you turn to a church friend. Maybe you turn to work colleagues for financial advice. For some matters, people replied, “I just rely on myself.”


Trump voters, as compared to Cruz voters, or supporters of Sen. Bernie Sanders, I-Vt., or former Secretary of State Hillary Clinton, answered, “I just rely on myself” the most.


Community strength depends directly on trust. When people like Robert Putnam talk about “social capital,” a big part of it is how much you can trust others and how much trust other people put in you. When asked, “Would you say that most of the time people try to be helpful, or that they are mostly just looking out for themselves?” Trump’s core group of supporters, according to pollster Emily Ekins, was most likely by far to say, “People are looking out for themselves.”


Cultural commentator Emma Green described Trump’s base, and the Trump-era base of the Republican Party, as “voters who are becoming more disillusioned with and detached from political and communal life.”


This data helps explain a discrepancy among various polls and studies trying to define and explain the Trump base. Some studies seemed to prove Trump voters were perfectly well off. Others concluded that economic distress really did drive Trump support.


The story of how we got Trump, then, is the story of the collapse of community. This is also the story behind our opioid plague, our labor-force dropouts, our retreat from marriage, and our growing inequality.


Trump’s win, specifically his wins in the early primaries, is best explained by his support in places where communities are in disarray.


Trump’s core supporters were, with their votes, largely casting a vote that America was not currently great, and that the American dream was dead. By this, what they mostly meant was that the path to the good life had been shut down. And while they probably wouldn’t have said it this way, they saw things this bleakly because of what was most immediately surrounding them: communities that had lost the connective tissue that ties individuals together and is indispensable for raising a family and getting ahead.


This alienation had a political dimension, as well.


I saw my first sign reading “The Silent Majority for Trump” at an early Trump rally in Rock Hill, S.C. The claim to be part of “the silent majority” is a clear cry that one feels disenfranchised, one feels stripped of a political voice.


Some liberal critics will respond, Yes, old white men no longer run the show, and that makes them bitter. This isn’t totally false, but if we sneer too much about the white guys who lost their privilege, we miss that there is a real poverty here when it comes to cultural connection and the political life.


“People like me don’t have a say in what government does” is a bleak sentiment in a democracy. Trump’s core supporters were the most likely to strongly agree with this statement. A full 25 percent of Trump’s core supporters in one study by pollster Ekins “strongly agreed” with that dour sentiment, compared to less than 15 percent of those who got behind Trump only later, in the general election. 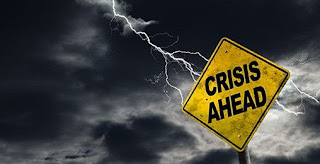 
Revelations from Edward Snowden about the NSA and spying on Americans have become even worse…In this century, a mini-version of the military-industrial complex has evolved and taken hold of Washington; something the late Eisenhower warned us about in his 1961 farewell address.  There are now 17 distinct [official] US intelligence agencies which spy on us and/or each other.  Not all of that surveillance is kept in-house either…it’s outsourced to contractors.


Among those, most of it goes to just five firms you’ve likely never heard of [or would never associate with spying –and they like it that way- such as:  Leido, which recently purchased the Information Systems & Global Solutions divisions of Lockheed Martin; Booz, Allen Hamilton, CSRA, SAIC and CACI International.


There is another, one that I’m the majority owner of but I am not at liberty to divulge its name…and we’re not based inside the United States.


The government now spends $16 billion annually so that approximately 45,000 contractors with security clearances who work alongside the CIA and NSA and other agencies can analyze signals, track terrorists and listen in on foreign leaders.  The armies of spies do listen in your phone calls, read your e-mails, track your spending, parses your messages and track your movements…enjoy your day and tell your grand kids what privacy used to mean in what used to be the land of the free.

Here’s my idea for a new bill

Since term limits never seems to gain any traction perhaps we should entertain the idea of zero pay for elected officials after their third term in office…give them their office, expenses, health insurance while in office and a living allowance only=much like our Founding Fathers and see how many decide to remain in office.

Here’s another idea I have…

Perhaps we need to resurrect a new version of ‘war’ bonds, perhaps calling them “government bailout bonds” to help pay off our national debt and/or to help pay for our massive deficits and proposed new spending projects since fewer foreign nations are buying our debt!

Yours for a more secure future,


Free:  Economics in One Lesson - Something the ‘new’ Democrats should read!


Back in stock soon!

Email ThisBlogThis!Share to TwitterShare to FacebookShare to Pinterest
Labels: alienation, cultural shifts in the USA, left wing infringing on the norm

Had just finished reading the last post when this popped up. I agree 100% - so much change has been literally forced upon us rapidly mostly by the Left and its progressive ideology even in TV ads we're seeing crap that has my head spinning. Things which defy biological engineering and is being forced down our throat whether we want it or not. Where I live transvestites are reading to children at our libraries and liberals feel that's just fine...I'm not sure it's OK as it this gender-bending is going to end up badly in the long run, perhaps bestiality will become OK too with progressives! Give 'em an inch & they want a mile.

Very insightful-Dems have made many of feel like outsiders even though most of us are the ones who worked and paid taxes, built businesses [didn't feed at the public trough like so many of them...Pelosi, Schumer, Clinton, etc.] for decades.

There is something wrong in America. The shift among Democrats to nearly 100% socialism is the most obvious and its embrace by those under 30 who have been spoon fed Marxism by communist professors on campus while most of us worked and were unaware of what took place behind our back is the most scary.
If they succeed, it will blow up in their face and likely destroy the country-thankfully, bthe time all of this happens, I'll be long gone.