Wise ideas and Resources for Self Sufficiency

Wise ideas and Resources for Self Sufficiency 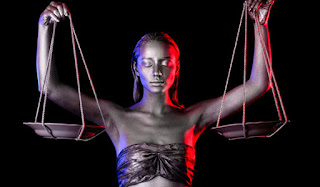 
In the middle of his hike, he gets bit by a deadly snake.


A woman approaches him and sees something’s wrong.


She tells him she’s a nurse and can help him.


So, the woman leaves and continues along her hike.


Another person comes by a few minutes later and can tell the guy has been bitten by a snake.


This person tells the guy he’s a scientist who deals with snakes and can help him.


The man who’s been bitten says, “No, no, I’m a religious man. God is going to take care of this. Leave me alone.”


And so, the scientist leaves.


Next, a medical doctor walks up.


He can tell the guy is in bad shape and isn’t going to make it.


The doctor tells him that he can help and save his life.


But, the man who’s been bitten says, “No, no, I’m a religious man. God is going to take care of this. Leave me alone.”


Shortly after, the man dies from the snake bite.


When he gets to heaven he says…


God says to him…


“I sent you a nurse, a snake expert and a doctor, since you didn’t bring a snake bite kit. What else did you want me to do?”


The moral of the story?


God wants people to take care of themselves and be self-reliant.


And, the more self-reliant you are, the more you’re able to help others.


You can help others by sharing the resources we post… 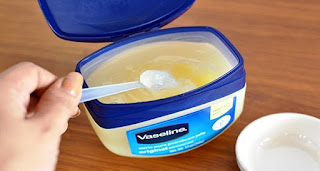 Vaseline (the most popular brand name for petroleum jelly) is surprisingly useful when it comes to disaster preparedness and survival. As Sensible Prepper demonstrates in this video, there's at least a dozen survival uses for Vaseline.

Disclaimer: If your doctor prescribes antibiotics, you should take them as directed. What we're talking about here is a situation where antibiotics aren't available. In that case, you can try these alternatives, but even then there is no guarantee they will work.


Oftentimes, the world’s best medications are not the ones developed in labs, but rather the ones made by Mother Nature. For thousands of years, mankind has relied on various herbs to treat a wide range of conditions.


While the advent of antibiotics drastically reduced the popularity of these herbal alternatives, they still remain effective to this day and are starting to enjoy more popularity as many diseases have grown resistant to antibiotics... 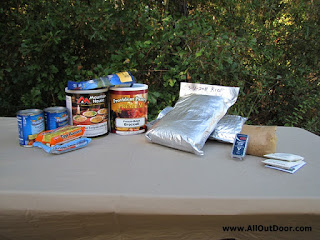 For many people, stocking up on food is a huge part of their family’s preparedness plan--as it should be! While this may seem as simple as buying a little extra food each time you go to the store, it’s actually a bit more complicated.


You can't just stick your food in the pantry and forget about it until a disaster strikes. If you do, then when the time comes to eat it, you may find that most of it has gone bad or become infested. If you want your food to last for years, you need to repackage it before storing it.


While there are some foods that store just fine in the original package (for example, canned goods), most foods need to be repackaged. Below is a list of such foods. It mostly includes foods that come in thin plastic, paper, or cardboard packages...


Yours for smarter living,


If You're Considering a Genetic Testing Service...

With all the advertisements for at home DNA testing kits from Ancestry and 23andMe, you may be tempted to learn about your heritage and more importantly, key health findings that a simple mouth swab can reveal. Consumers Checkbook says not so fast because some of the tests are not accurate, you might get a false sense of security, and you won't get the same privacy protections you're entitled to in a medical setting.  [We’ve warned everyone about this & cautioned folks to avoid using these services as even law enforcement will bully their way into your ‘safe’ file].


Knowing When and How to Stockpile Groceries
Stocking up could save your grocery budget!

Charge two devices at once – Back in stock [They sell out fast]!

Posted by Poor Man Survivor at 6:41 AM

Saw the stance you took on twitter regarding the folly of impeachment based on "what?" Most of us by now know drooling demagogue dems are like Al Queda in their goal to screw POTUS-they have no other reason to live it seems, certainly not serving the country...and as usual, there is a mighty fine range of goodies here for preppers and those wanting to become more self sufficient.

You consistently provide a nice variety of useful resources and your political insights are spot on!