No One is Above the Law-Except Illegals & Democrats 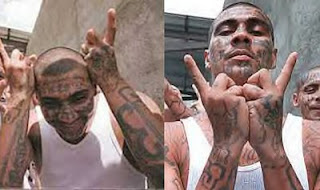 “No one is above the law!” A popular refrain from Leftists when it comes to denouncing Trump…no one that is except the Biden or Clinton families-OR illegal aliens!


The Dem conveniently exclude illegals from this mantra.  They enable illegals to get welfare, jobs without Social Security numbers, and more recently, they’re allowing them to obtain state drivers licenses and the right to vote.


The New Way Forward Act/Bill introduced by Leftists in the House is another example of just how out of touch Leftists are.  This Bill would allow illegals more rights than citizens have!


What if that bill also created a situation in which a known Mexican drug cartel leader could be released from prison, enter the United States “illegally,” and it would no longer be a crime? Such radical and self-destructive legislation has already been proposed. 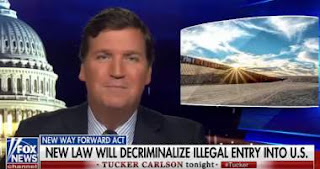 It’s called the New Way Forward Act (H.R. 5383), and it goes way beyond Hillary Clinton’s 2013 call for a “hemispheric common market” with “open borders,” according to commentator Tucker Carlson. In fact, it would be the coup de grâce to our already balkanized country…


The Left is hell bent on undermining our Republic and replacing it with third-world socialism which would include stripping you of your right to own a gun, your choice in health care and more.


Illegals are a scourge on this nation and Obama policies have allowed them to spread throughout the land without proper vetting; often immediately feeding at welfare lines, free health care and free schooling.


When I was a volunteer sheriff in AZ the majority of crime we addressed was due to illegals running drugs, guns and ‘Coyotes’ who ran human smuggling and prostitution rings.  Identity Theft and welfare fraud were/are rampant.


Instead of assimilating too often they turned some areas into ‘no-go’ zones as was the case near where I patrolled [Pioneer Park in Mesa, located across from a Mormon Temple, became a haven for gangbangers which drove families away from the park].


If we truly wanted to curtail illegal immigration we need to stop the flow of cash and government freebies we shower them with…starting with ENDING our idiotic ‘anchor baby’ policy [even China abuses this with ‘travel companies specializing in bringing pregnant Chinese women to the USA just in time to have a child born here which grants them automatic citizenship and opens the door to the welfare wagon].


An ‘anchor baby’ gets a social security number which enables them to stay in this country and obtain welfare, WIC, Section 8, free schools, etc.  This practice has become an industry…the key is cutting off money and benefits!


Of course, Democrats [which unfortunately started taking over the Valley in Phoenix] cater to these illegal policies in order to buy votes. It is happening in many areas of our nation now such as New York which promotes illegal immigration as a so-called ‘sanctuary city,’ and is now handing out drivers licenses to illegals enabling them to vote and easier access to welfare-this is a slap in the face to citizens who are footing the bill for this. 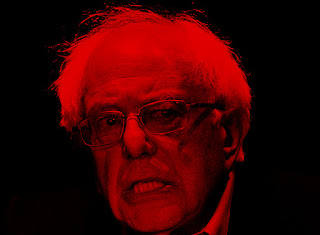 …and Bernie just took the lead in the New Hampshire contest-state goes Red!


Yours for a Free Nation,

In many cases, survival preparedness can be a very expensive goal. With that said, however, there are plenty of highly useful prepper items that cost practically nothing.


If you would like to add to your survival stockpile without having to spend a fortune, consider stocking up on these thirteen cheap prepper items that you can get for under a dollar each.


1. Baby Wipes - Without running water, staying clean can be a real challenge. Baby wipes are perfect for washing your hands, face, and body when taking a shower or turning on the bathroom sink isn’t an option. In addition to cleaning yourself with baby wipes, baby wipes can also be used to clean dishes and clean up around your home...


13 Cheap Items Every Prepper Should Hoard

Use This Trick to Keep Mice and Spiders Out of the House for Good! -  I just learned this nifty all-natural trick about how to keep spiders and rodents out of the house.

How To Make a Quick and Easy Oil Lamp on the Fly - This is a great way to make use of all of those mint tins you have, and a great way to teach the family how to be prepared for the lights to go out. 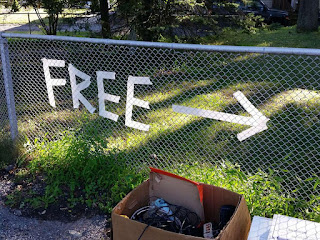 
8 Simple Ways to Put More Money in Your Pocket
Have more money without working harder!

Get Your own copy of this eye-opening documentary-The Deep State Exposed!

Posted by Poor Man Survivor at 6:56 AM

Email ThisBlogThis!Share to TwitterShare to FacebookShare to Pinterest
Labels: Dems think they are above the law, New Way Forward Bill an obscenity

Liberals are two-faced hypocrites whose primary goal is to undermine our nation-they're a disease which too many young people have fallen prey to-worse than the China virus.

What in hell is happening to our country? Dems are truly a destructive force.

I too wonder what's happened in this country = why are many supporting socialism? Are they brain dead? Like you stated on Twitter- Bernie's probably polishing up the old Krushev speech about 'We will bury you.'

Dems such as Schumer & Pelosi are so transparently two-faced & hypocritical on so many topics it is nauseating...Schumer in particular makes me want to puke each time I see his face as he's such a liar & exaggertes the hell out of everything Trump does.