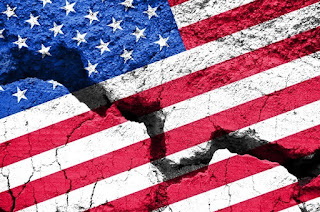 Anticipating events to come in the year ahead doesn't involve reading tea leaves or being clairvoyant. It merely requires studying real history, studying real current events (not fake news) and using common sense to make application of the natural progression of things.

The problem is that so many people don't look ahead any further than the end of their noses. Couple that with the fact that most are trapped by conventional wisdom and normalcy bias and steeped in establishment propaganda and you have masses of people who are little more than walking zombies reacting to sights and sounds around them with little thought to long-term consequences.

It's small wonder that most people live paycheck to paycheck. Many were producers and savers, or should aspire to be such, but have been reduced to the crumbs of minimum wage by government regulations, dollar devaluation and socialist claptrap. Yet many also stay either lost in a fog of pop culture or agitated beyond reason by the divisive politics that are fed to us through the mainstream media. They don't know how to look beyond the noise.

My mother used to say that the Lord takes care of drunks and fools. Well, that worked in her day, but it's more complicated now. We have the unprecedented problem of ignorance and mass deception, coupled with poverty and mass malnutrition. These are real problems and they are getting worse.

Exceptions are you, the loyal reader, and may God bless you in this coming year. But also remember that God helps he who helps himself!

Any prudent and wise person who is watching events in the U.S. would know that we are witnessing the last gasp of the elites in their desperate attempt to preserve the present system which is collapsing. The end can't be far away.

There will be no changes to stop the movement of events. Things happen as they are meant to happen. The American people are asleep. All politicians are just kicking the can down the road hoping that they can milk the system a while longer. The fat pensions that they hope for and expect will evaporate with paper money. They are numb to reality.

There is potentially great danger and great hardship ahead. All the government can do is print more money and keep promising everybody everything.

The elite who run the show want to get everything they can out of the system before it collapses. They rely on the fact that not one American in a million suspects that they are gradually becoming impoverished by depreciation of the currency. Depreciation of the currency is warfare by the government against the people. Only a handful of Americans realize what is happening. I feel that you who read these Alerts are aware and concerned and are and have been preparing for survival.

Evidence of the collapse of America is everywhere for those who have eyes to see. 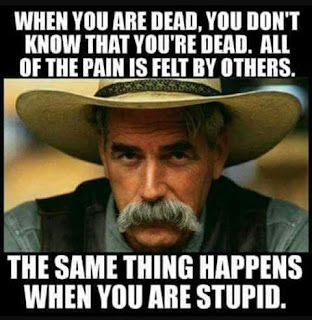 Here's what I anticipate in 2022 and beyond:

P.S. — If you are currently looking to buy gold for inflation and asset protection, your best bet is to find a local dealer who is well established, has been in the community a long time and has a good reputation with both the Better Business Bureau and his customers.

Visit this page and we will deliver to you our newly updated Directory of Dealers Specializing in Gold Bullion and Gold Coins.

Remember, gold protects you while the banksters and government don't and won't.

10 Ways to Save Money on Meat and Poultry

If you really want to cut food costs, start with the most expensive food items – meats and poultry. Get immediate savings with these simple ways to cut meat and poultry costs. 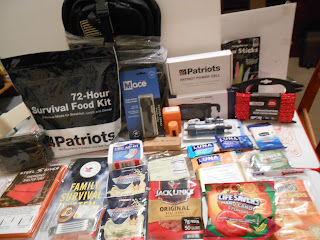 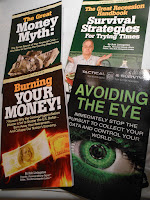 If you’re like me, you’re having a hard time recognizing our country.

Once trusted institutions, such as our schools, government and media have become a corrupt illusion.  As a nation we’ve been tricked, cheated, bilked and lied to by political parasites and their volumes of rank doublespeak…as a result, our freedoms are being eroded daily!

Learn to protect yourself and your family in the coming year with this 4-volume how-to set which include:

1.    The Great Money Myth: The secret source of our financial crisis and how to survive the coming Depression…The US dollar is losing its purchasing power and is destined to collapse.  One trip to the supermarket or gas station should convince most that inflation is out of control. Learn how to protect yourself.

2.    Burning Your Money- Don’t listen to the lamestream media for financial news…learn the seven reasons why hyperinflation is a disaster that will shatter our finances and collapse our economy.

3.    The Great Recession Handbook-Survival Strategies for Trying Times…There are things you can do to protect your family and to reduce the effects of inflation and recession.  Survive financial emergencies!

4.    Avoiding the Eye: Stop the pursuit of your private data & control your world

Email ThisBlogThis!Share to TwitterShare to FacebookShare to Pinterest
Labels: predictions for 2022, survival preps

Too many no longer prepare ahead for much of anything [unlike our grand parents]...too busy looking at their hypno-phone 75 times a day1

A prediction we'd like to see is Trump back in office w/ biden banished to a Mexican nursing home...