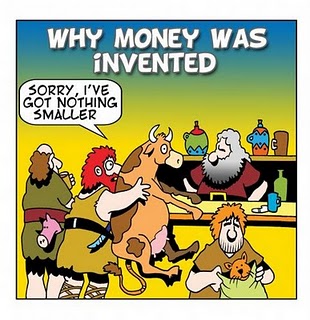 
For nearly a decade I was a road warrior, traveling to as many as 12 states during a 30-day period (this was before they allowed children on airplanes).  I spent a lot of time in hotels.  The better the hotel, the more toiletries and other goodies were stocked in your room every night.  (The Chattanooga Hilton and the Pointe Tapatio Resort in AZ had the nicest in-room bar and snacks).


Since I packed my own favorite brands of shampoo, toothpaste and the like, I would bring home bags of these sample sized toiletries.  They were great for my twice annual vacation to Ocean City, MD but I always had boxes of these sitting around the home.


When I became a volunteer board member for the Salvation Army, it dawned on me these could be used in their efforts at helping the homeless.  So, two or three times a year we began donating a few boxes to the shelters.  We also began a campaign of donating day old bread and other grocery items to them.  We had approached the store managers of the various grocery stores we patronized and the managers agreed to sell large trash bags filled with food for a whopping $2 a bag.


Now, it has dawned on me these sample packs are ideal for inclusion in bug-out kits for the entire family.


Speaking of samples…I rarely see samples being distributed by manufactures anymore.  We used to get them in the mail or at the grocery stores.  Yes, you can get small samples sometimes online. Today, we’d love to see some generous samples of good coffee as the price for coffee has gone through the roof.  The Gillette Company pioneered the best sampling program in the early 1900s when it would give away samples of its safety razors.  Of course, it made a ton of money by selling the actual razor to its customers.  A smart example of marketing from the good old days!


To get more life (and flavor) from your dried spices, store them in airtight containers and keep them away from heat sources and direct sunlight.


Save Money by Swapping, Exchanging or bartering


Over the years we’ve plugged the idea of barter as a means of saving cash.  Why not turn a summer BBQ into a ‘swap party’?  Some might call this re-gifting.  Choose a theme, perhaps swapping gifts or clothing, children’s toys, books or other item  When you invite friends, tell them the price of admission is something to swap.


Here are some online resources to consider:


·        Can’t sell your home?  Consider an even exchange from these sites:  DomuSwap.com, Pad4Pad.com, or OnlineHouseTrading.com


Secret supermarket saver…pay attention to items featured on the front or back cover of your grocer’s circular.  That’s the primary area that ‘loss leaders’ are posted and usually provide the best value.


This site compiles lists of giveaways and coupons in a convenient location…clothing, food, entertainment, etc.


If You Get a Negative Credit Score, It Isn't Necessarily Bad News.


Some lenders may opt to send score reports to all of their applicants, because that is a less complex way to comply with the regulations, said Nessa Feddis of the American Bankers Association. So simply getting a score report won't necessarily indicate that you received a worse deal than any other applicant.


Your Credit Report May Be More Important than Your Score.


You already are allowed to get your credit report for free, and that's where all the important facts of your credit history are located. The data in your credit report provides the basis for those credit scores. Everyone should regularly check their credit reports regularly, to make sure they are error-free. To do that, go to the official website, AnnualCreditReport.com. There you'll find links to your reports at the three big credit reporting agencies: Experian, Equifax and TransUnion. If you're getting ready to borrow big -- say buy a car or refinance your home -- get all three at once. If not, you may find it more useful to get one every four months, rotating, because you're allowed one free peek a year at each one.


Soothe aches and pains  by filling an old sock with a cup of uncooked rice; tie a knot in the end and microwave for 30-seconds and then use the warmth to stop the pain.


What's the True Rate of Inflation?  From our friend Steve with many sites of interest


We don't really have an answer to that question. One thing we do know (some of us) is that the true rate of inflation is not found in the CPI or other government measures. In his book Bad Money, Kevin Phillips explains how inflation data has been manipulated in various ways, in order to show a lower rate. This may have been done in large part to reduce federal outlays for cost-of-living increases in Social Security. New rules for computing the Consumer Price Index, or CPI, were put into place starting in 1997.


For example, the old standard of a fixed basket of goods was eliminated in favor of a flexible approach that took into account "substitution bias," which, it was claimed, had made inflation appear higher than it really was. The idea that if the price of juice goes up, people's cost of living doesn't go up by an equal amount, since many will just substitute a cheaper alternative, like sugary drinks. If aluminum prices rise, you can buy tin pans, so your personal cost of living doesn't rise much. Using this principle, things that are going up in price are now given less weight in the index - precisely because they are going up.


Some of us find this to be strange logic for computing the level of prices.


In addition, there were now "hedonic" adjustments for product quality. This is based on the theory that even if your cable television costs more, you are getting more channels, and hence more pleasure for your money. Therefore, the reasoning goes, we can't apply the entire cost increase of many products and services to calculating the CPI, since...


Prevent rust by sprinkling a handful of uncooked rice in the bottom of your garden supplies box as it will absorb the moisture…works for tool boxes too!

A frightening incident that happened down in Tennessee. A team of firefighters actually stood by and watched a house burn to the ground because the homeowner had not paid his fees. The following is an excerpt from a report by a local NBC affiliate about this incident....


Imagine your home catches fire but the local fire department won't respond, then watches it burn. That's exactly what happened to a local family tonight.


A local neighborhood is furious after firefighters watched as an Obion County, Tennessee, home burned to the ground.


The homeowner, Gene Cranick, said he offered to pay whatever it would take for firefighters to put out the flames, but was told it was too late. They wouldn't do anything to stop his house from burning.


The General Accounting Office (GAO) has on several occasions investigated the department’s procedures for processing passport applications and found them dangerously wanting. In 2009, for example, the GAO “easily” obtained passports using counterfeit documents. A 2010 investigation also yielded passports despite numerous discrepancies and suspicious indicators within each application (including, for example, photos of the same investigator on multiple applications; a 62-year-old applicant using a Social Security number issued in 2009; passport and driver’s license photos showing a 10-year age difference; and the use of a California mailing address, a West Virginia permanent address and driver’s license address, and a Washington, D.C., phone number in the same application).


If you’re over 50, get neighborhood bargains by entering you zip code at: Sciddy.com – Savings rate averages 15% on everything from pet services to travel.


After obtaining free parts from FreeCycle.org, Jordan Grant, a National Guardsman from MO, began building computers as a hobby.  Soon he had lots of them so he started giving them away to people of limited means.  He provides an average of three a month and feels such an investment in his community is worth his while…


Brenda of ON, Canada is a volunteer at a local food bank.  She noticed an elderly woman who came by weekly to pick up groceries.  The old woman struggled to carry the bags of food so Brenda went to purchase a wheeled cart for her.  She chatted with the cashier as she paid for the cart, explaining the purpose of the purchase.  The cashier was impressed, so she let Brenda have the cart for half price!


Charity gardens provide backyard bounty for those who need it most.  There is a growing movement in America among folks who grow fruits and vegetables and donate them to food banks and soup kitchens.  If you have a vacant piece of property, consider either growing crops for charity or allowing low income people to grow produce on a designated plot; a terrific community effort that provides long term relief.


That’s it for this issue from the ‘Yes, we can’ Poor Man

I really like the concepts of your blog and I try to adopt them every time I can.

It allows me to do favors with friends and non-friends in exchange of favor points that I can use to receive favors from other people.