Peonage: Why slavery is good for you; Cheaper Eats 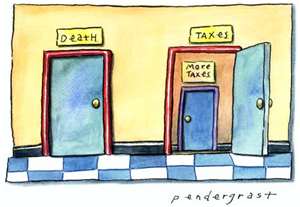 
I went down the street to the 24-hour grocery. When I got there, the guy was locking the front door. I said, 'Hey, the sign says you're open 24 hours.' He said, 'Yes, but not in a row.'
Steven Wright


A number of years ago my wife and I had what became known as the ‘bread n butter ministry.’  Our local supermarkets would sell us trash bag loads of day old breads and baked goods which we would take to area shelters.


Most supermarkets still sell their borderline dated goods which are still safe to consume and can be frozen for later use.  One of the reasons we always say having a freezer or two is a terrific investment.  Recently, through one of our subscribers we got ten pounds of ground veal for a $1 a pound.  Veal is great in any Italian dish and they make lower-fat hamburgers too.


Restaurant supply houses can be a hidden source of low-cost food especially for fruits and vegetables.


Food experts suggest you keep a good, written inventory of your pantry and freezer.  Then when you’re doing your local shopping, choose the store with the best loss-leaders of the week and stock up…plan your meals around these items.  Limiting your trips to the supermarket will save money by reducing those impulse buys.


Having your own food grinder will save money too.  A good KitchenAid mixer has attachments you can use to grind your own beef for example – save as much as 80%.  Having your own meat slicer saves money over buying pre-sliced packaged lunch meat.


It’s the little things which can really eat up a food budget such as soda.  Not only is it pricey, but studies are showing it’s not good for you as demonstrated by the increase of obesity in children.  We’ve seen mothers who bottle feed soda to their infants; rather disgusting.  Snacks, and I admit to being a Frito-Lay addict, are hard on a budget.  Strive for in-season fruit, home made trail mixes, plain yogurt with fresh fruit, peanut butter and celery sticks, etc.


Save eating out at restaurants for special occasions and always seek out coupons.  We’ve previously touted such sites as Restaurant.com or even the purchase of those Entertainment books (www.Entertainment.com) to save money.


Finally, stock up on sale items that you will actually use and that your family enjoys.  Buy too much of something you seldom use and it often winds up in the landfill!


Use Liquid Stainless Steel to breathe new life into an old refrigerator.  The coating looks just like stainless steel and can be used on most metals. 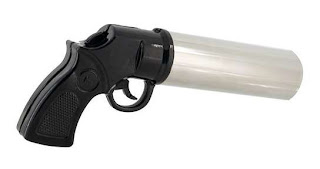 
Fire extinguishers can be tough to use—especially when used in a state of emergency—but with the DryShot Fire Extinguisher, that may all change. A gun-shaped flame quencher, it is not only more convenient to use, it is also easier to carry in place of the awkward and heavy can and hose. Not only that, but one could keep the DryShot Fire Extinguisher clipped to one’s belt at all times too.


This product can be used as a self-defense device which can shoot large quantity of Carbon dioxide(CO2) dry powder mixed with police lachrymatory agent, producing giant impact and attacking power to tame the criminal and fight off danger.The Powder can be used as a fire extinguisher as well as tear agent, fast aid in emergency. Multifunctional, meet different kinds of needs you are looking for in a self defense device.


The Poor Man places much emphasis on having a sideline or multiple income sources as a strategy for beating the recession and an uncertain job market.  If you do operate a business from home, you’re entitled to certain deductions.


If you use a room exclusively for business and it doesn’t double as a guest or family room, you can deduct a portion of your year mortgage, interest and property taxes relative to the percentage of your house that the room takes up.


For each expense, figure out how much of it is dedicated to your business.  Keep in mind that if you’re in the startup phase, some deductions are limited by the amount of your gross income.  For a complete guide to the calculations for deductible expenses, see IRS publication 587...and consult a good CPA.


Several sites offer passes to unreleased films.  Membership is free; just register at such sites as:


Ways to Prepare Your Garden for Spring
Here we are in late winter or early spring, depending on that old ground hog, and it's time to start your garden preparation. This short list can make spring and summer that much more productive in your garden and, of course, your pantry.


This site offers a directory of farms that sell fresh fruits and vegetables, farms at which you can pick your own and a seasonal calendar for each state.


Get them EXLAX... super strength if you can. Rodents love Exlax! We placed it outside & inside. If we thought a cat or dog could get at it, we covered it so that only a rodent could get in and eat it. Even if a bigger animal did get it, it wasn't deadly.


The term "nanny state" actually dates to the 1960s, and that's not surprising. It was about this time that government ran out of ideas for improving society -- it didn't really improve us, but it claimed to -- and turned its attention to hectoring us about all the things we do to ourselves that it wants us not to do. That turns out to be just about everything…it presumes ownership over our bodies, property, businesses and lives and issues edicts about them every day. It is impossible to keep up with the outrages. Nothing is untouched by these pirates.


The United States spends more money on government schools than any other nation on earth does.


U.S. citizens spend more time in school than anyone else in the world. So why are so many of us dumb as a rock?


Keep a fireproof safe at home to store documents and other valuables.  Bank safety deposit boxes are seldom insured and are sealed upon death, requiring court papers or notarized power of attorney…and just about any government agency can get access.


The Parting Thought – Why Slavery is Good for America


The United States has the most complicated tax system on the entire planet.


You are free to comply


Always keep in mind that there was no income tax in this country for the 126 years after the Constitution was ratified, except for a brief period during the Civil War. Even after the Constitution was amended to make income taxes possible, only a few actually paid. It was much later before it hit most every American. Before that, your income was your own, period. Imagine! Most people can't.


A fundamental aspect of THE AMERICAN WAY OF LIFE is chronic indebtedness. Most Americans save very little and are deeply in debt. We have in effect become DEBT SLAVES in that we are working to either pay taxes or pay off notes, mortgages, credit cards, charge accounts and other debts


We’ve become debt slaves or peons, indebted to the government (I.E; one never truly owns their own property as it is always subject confiscation if taxes aren’t paid). Or to corporations via credit card debt and interest payments.  Few of us ever become truly free.


In a historical and legal sense, peon generally only had the meaning of someone working in an unfree labor system (known as peonage). The word often implied debt bondage and/or indentured servitude.


Peonage was common in the South of the United States after the American Civil War. Poor white farmers and African-Americans who could not afford their own land would farm another person's land. This was called sharecropping and initially the benefits were mutual. The land owner would pay for the seeds and tools in exchange for a percentage of the money earned from the crop and a portion of the crop.


However, as time passed many landowners began to abuse this system. Instead of the benefits remaining mutual, the landowner would force the tenant farmer to buy seeds and tools from the land owner’s store which had inflated prices. Other tactics included debiting expenses against the sharecropper's profits after the crop was harvested and miscalculating the net profit from the harvest, thereby keeping the sharecropper in perpetual debt to the landowner. Since the tenant farmers could not offset the costs they were forced into involuntary labor due to the debts they owed the land owner.


Does this remind you of how life works today?


Most of us are in perpetual hock to credit card debt, mortgage and auto loan debt, the tax man and others.  Autos are so expensive today, most dealers offer five and six year loans now to pay them off.


The average American works nearly six months of the year to pay for all the taxes they owe.  This takes into account sales taxes, taxes on fuel, taxes on utilities, etc.  In essence, we’re nothing more than sharecroppers feeding the company store.  Seldom do we get the full benefit for what we pay.  Despite voracious oil, fuel and auto taxes, how often are our roads and bridges in good working order?


What would happen if everyone drove an electric car?  No more fuel taxes!


Taxes adversely our economy.  For example, states which have higher levels of taxation and government spending experience lower levels of economic activity.  How is it our country managed so well, without any real debt or income tax for its first  100+ years?


Why is this good for us?


Taxes keep us in line with whatever scheme the government is currently mandating and don’t forget all of those pesky wars we’re involved with.  Taxes help the government dictate social programs (even if you don’t agree with a particular program) and therefore, control of the population.


Taxes also pay those bountiful salaries a perks that politicians and bureaucrats reap. Expansive government spending and borrowing perpetuate the cycle of recession and unduly burden the economy.  History tells us prosperity is driven by private property rights (meaning you own what you own without undue restrictions and taxes) and the Rule of Law, which seems to be ignored too often by those who are sworn to uphold it. Do you think we’ll ever have a fair tax system?  Not as long as career politicians have anything to say!


Remember, remember the 4th of November…


A Shallow Planet Production
Posted by Poor Man Survivor at 6:42 AM

Yas, Massah, we all be slaves on the plantation answer'n to the man!