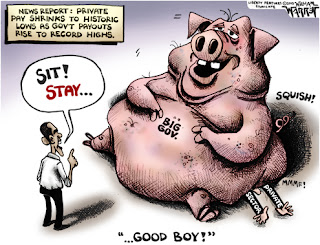 
"The Democrats and Republicans stand at two extremes, characterized by which
parts of our lives they emphasize their desire to control. Libertarians reject
both extremes in favor of the government leaving control of your life to you."
-- Michael Badnarik

A Shotgun blast to the middle…


I’m finally home after nearly three weeks in the hospital getting heart bypass surgery.  Now, at home I’m still hooked up to a monitor and have nurses arranged to visit.  I have a lengthy recovery period to look forward to.  I feel like one of those guys in the movies who gets a shotgun blast to the middle of the chest, crashing him into a wall.


Better than Great staff and heart surgeon (Cleveland Clinic trained) at McLaren Systems…reminded me of a visit to the United Nations however.  Folks from all over the world still migrate here to seek freedom and some kind of living.  Still, during my conversations with nurses and other staff, it’s evident they’re frustrated with how a middle class lifestyle is slipping away…fewer benefits, no pensions, etc.

During the nights of the televised debates, 100% of the staff I spoke with commented on how they no longer trust Washington politicians or the ‘system.’  Typical were comments such as “those bastards haven’t a clue how most of us live and not one of them gave up their raise or benefits during these rough years-no leadership by example.”

I’m pretty certain too I’ll be facing additional challenges by applying for disability benefits.  You can bet your vote if it happened to a Congressman, it would not present the same set of problems!

Finally, if you ever need reviews about a doctor, make use of free sites such as Vitals.com and HealthGrades.com or to find top doctors in your area, visit: Health.USNews.com/top-doctors

In future issues, I’ll share some health tips I picked up from the healthcare providers who helped me.

Move your clocks back one hour as Standard time begins at 2am on Sunday Nov. the 4th.

Boomers and the Great Recession: Struggling to Recover

This AARP Public Policy Institute research report examines how boomers fared during and after recent recession. It is based on the findings of two on-line surveys of a random sample of boomers aged 50 to 64 who were in the labor force in October 2010 or who had been in it at some point in the previous three years—roughly since the start of the recession in December 2007.

The report confirms that many boomers have had a very rough ride over the past several years. The recession and its aftermath have left many without jobs, having exhausted their savings, and with homes they can neither afford nor sell. The surveys indicate that boomers are uncertain about what the future holds for them as they edge toward retirement.

Although anxiety on the part of the unemployed and even those recently employed after a spell of unemployment would not be surprising, majorities of even the steadily employed expressed concern about, for example, being able to maintain a reasonable standard of living in retirement, having enough money to pay for adequate health care, or depleting all their savings. Nor did they expect to do as well as their parents or people of their parents’ generation in retirement.


Digital media has made information easier to gather and present.  It’s also cheaper to update, package and ship, especially for Cloud-based information.  I was especially happy when CD ROM and DVD’s became available to a mass market.


The introduction of Kindle readers had me shaking my head.  I did not think it would catch on.  After all, I thought, who would spend up to $200 for a device which needed batteries and was expensive to replace?  But then again, I never thought Americans would shell out $5 for a cup of over rated coffee from Starbucks.


Nonetheless, Kindle readers have caught on, despite the challenges it has presented to publishers…too many formats, not enough ‘early adopters,’ reluctance to invest in untested waters, etc.


But, like so-called ‘Smart Phones,’ which are easily monitored by government authorities, expensive to replace, and prone to thieves (especially with the introduction of Smart Wallets) nearly 51% of the American public loves these high priced gadgets.


With the inclusion of cameras on phones, we’ve seen an explosion of instant movies appearing everywhere from local and national media outlets to Facebook and YouTube – everyone has become a movie producer!


Whereas Amazon champions digital books, eBay remains wary of digital media in that it won’t allow instant download products in most categories except in its high priced classified listings.


This policy forced many sellers to create digital products using the compact disc format which requires additional shipping costs. I could just as easily upload files into a Cloud service for immediate download as I do for my Premier subscribers or send content out in zip format as an email attachment, saving time and money.

There are many folks who do not like either method of distribution, instant download or CD ROM…they want printed books.  In many ways, I’m in that camp, but printing and shipping has become an expensive route to go which is why new, mass market softbound novels have an average retail price of $11.95 today versus $4.95 or less for a Kindle version.


Decades ago when digital watches first came on the market, they retailed for $200.  Now you can find digital watches on clearance for $5.  My guess is something like this will take place with Kindle readers and even high end cell phones.  As the market gets flooded with similar brands and products, prices will drop.


Long term, my guess is everyone will be implanted with a chip and built-in reader device where they (and the government) can instantly access everything from their money to movies and friends…I’ll pass on that future.  What do you think?

Using Saliva from Your Toothbrush for Facial Recognition


Scientists have identified five specific genes linked to facial shape and features. Initial DNA studies from the Erasmus University Medical Center in Rotterdam, Netherlands help researchers predict features such as hair, skin, the space between the eyes and bridge of the nose, nose length, width between checks bones, and even eye color.


Scientists also discovered how specific genes influence "the gap between the centers of each eye socket being narrower by just 9 millimeters," according to the website New Scientist.


This research is in its preliminary stages, however, the scientists believe their ability will improve as they identify additional genes that affect facial construction. As this research advances, a small DNA sample such as a strand of hair from a comb or saliva from a toothbrush could be enough to create a "police sketch" of your face.


Protect your pets from the cold


Temps of 45 F and lower can be dangerous for pets if they’re left outside too long.  On cold days outfit your dog with a coat to keep the animal’s core warm and to help the rest of the body heat up.


We’ve written plenty about how the US government has been quite aggressive in spying on Americans. It has been helped along by a court system that doesn’t seem particularly concerned about the 4th Amendment and by the growing ability of private companies to have our data and to then share it with the government at will. Either way, in a radio interview, Wall Street Journal reporter Julia Angwin (who’s been one of the best at covering the surveillance state in the US) made a simple observation that puts much of this into context: the US surveillance regime has more data on the average American than the Stasi ever did on East Germans. And, of course, as we’ve already seen, much of that data seems to be collected illegally with little oversight… and with absolutely no security benefit.

Spy Pills Snitch If You Haven't Been Taking Your Medicine...


Food and Drug Administration (FDA) is approving "tiny, indigestible microchips capable of being embedded within drugs prescribed by doctors so that patients can be monitored remotely."


These sensors are the size of a grain of sand and made of silicon, magnesium, and copper. It reacts to the digestive juices and actually generates a small electrical impulse that sends out a signal through the body. A special patch can be worn on the skin that reads the signal and simultaneously sends a message to a healthcare provider's mobile phone!

The Rise of American Incompetence...


We used to be the world's most skillful entrepreneurs and managers. Now we're laughingstocks. What happened?

Patronizing a Casino where the House uses a stacked deck is not a very good idea. If the House (Congress) permits the people to vote on who will deal the cards, the results will remain the same as long as the dealers are employed by the Casino (International Bankers)


Changing the dealers only gives us the illusion that we are in control. We need to return to the principles of liberty and individual responsibility. We need to reclaim our freedom by reaffirming the Declaration of Independence. 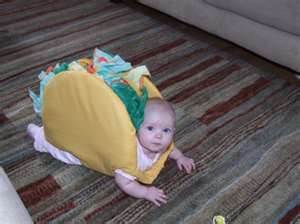