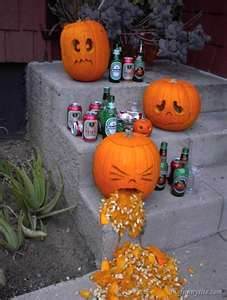 The greater the power,  the more dangerous the abuse. –Edmund Burke


An upcoming Supreme Court case, Kirtsaeng v. John Wiley & Sons, involves an eBay seller who was sued by a textbook publisher for reselling books. The seller, a graduate student and entrepreneurial seller, sold the books to help cover tuition expenses. These were legitimate books that the book publisher manufactured overseas — they were not counterfeit, pirated, or stolen. Yet, the publisher is trying to use U.S. copyright law to stop the book sales and make the seller pay $600,000 in damages – more than 15 times what he made from selling the books.


It is possible that an extreme application of U.S. copyright law might enable manufacturers to force retailers and consumers to first have to obtain permission from the manufacturer before reselling or even donating goods manufactured overseas. This rule could affect most of the goods we use every day, from books to cell phones. Manufacturers would retain ownership of an item no matter how many times it changes owner. This rule could threaten the laws of ownership and resale that we all enjoy.


When you purchase an item on eBay, you should be able to resell it, give it away, or use it as you see fit. Likewise, when you sell an item on eBay, ownership of the item should transfer to the buyer.


Citizens for Ownership Rights (CFOR) is a coalition of public interest organizations asking individuals to stand up for their rights as buyers and sellers. CFOR is currently gathering signatures for a petition that will be sent directly to the President and Attorney General urging them to support the rights of Americans to purchase legitimate goods, resell those goods, give them away, or use them in any legal manner as they see fit. Visit ownershiprights.org and sign the petition to protect your ownership rights.

1. The Statute of Limitations. If the SOL for the judgment has expired (and the judgment can't be renewed), this could provide an opportunity for easier negotiations and/or removal (since the judgment holder can't take further legal action.) The length a judgment remains enforceable varies by state and can be tricky, so it is best to check with an attorney in your state to avoid trouble.

2. Disputing issues related to the judgment listing itself, as it appears on the credit report. Sometimes information is missing or wrong, and these are things that you have a right to dispute. If the disputes come back verified you can follow up using the well known "method of verification" (MOV) technique.

3. Negotiation/Settlement - You can attempt to settle with the judgment holder, offering to pay a certain amount in exchange for (at best) removal or (at worst) "paid in full" status. A satisfied judgment will remain on your credit report until you either dispute it or it falls off on its own. It's possible that a judgment that has been paid will not be updated as such on your credit report. Correcting this could take going through the court that rendered the judgment in the first place. At that point you could proceed with disputing based on problems with the credit report listing as described in number two above.

4. Vacating a judgment - If there was a problem with the process in which the judgment was obtained (such as you were not properly served, or the legal process was not otherwise followed completely), then it may be grounds for getting the judgment dismissed in court.

The best way to deal with judgments in the long run is of course to avoid them altogether. Don't ignore debt collectors, especially when the debt is large (and they are more likely to sue you.) Don't ignore your creditors either. If you take steps such as negotiation or debt validation earlier in the game, you may be able to avoid the judgment.


Save with Halloween deals, coupons and FatWallet cash back. Shop the best Halloween sale for cheap costumes, free shipping, candy deals and decorations.


Best and Worst Buys of October


It's a good time to start setting aside cash for holiday purchases so that you don't go into debt buying gifts (as I wrote in Save -- or Earn -- $1,000 by Black Friday). But now is not the time to start your holiday shopping if you're looking for deals. That's because only a few items traditionally go on sale in October. Here are the best and worst things to buy now, according to dealnews.com, which analyzes deals from past years to predict what will be discounted this year.
http://kiplinger.com/columns/kiptips/archives/best-and-worst-buys-of-october-2012.html


Capture anything on your screen - including video


Christmas Greens: I just lost my job, our staff replaced by technology. I went to the Rescue Squad's Christmas Tree lot and was told to help myself to the mountain of tree litter, with huge branches of fragrant pine loaded into my car, I made wreaths and garlands for the deck and arbors.

A Few ‘Firsts’ for Obama…


• First President to Sign into Law a Bill That Permits the Government to “Hold Anyone Suspected of Being Associated With Terrorism Indefinitely, Without Any Form of Due Process. No Indictment. No Judge or Jury. No Evidence. No Trial. Just an Indefinite Jail Sentence” (NDAA Bill - Source: Business Insider)


In August, two activists groups, The Raw Milk Freedom Riders and Lemonade Freedom Day, joined forces to protest in D.C. and tell government to "butt out" of their food choices, according to a Washington Times report.


And The Raw Milk Freedom Riders' gripe is the FDA forbidding them to buy and sell fresh unpasteurized milk across state lines and using militarized agents to close down local dairy farms.


A 2-year bipartisan investigation by the U. S. Senate Permanent Subcommittee on Investigations has found that DHS efforts to engage state and local intelligence “fusion centers” has not yielded significant useful information to support federal counterterrorism intelligence efforts; the report says that senior DHS officials were aware of the problems hampering effective counterterrorism work with the fusion centers, but did not always inform Congress of the issues, nor ensure the problems were fixed in a timely manner; DHS estimates that it has spent somewhere between $289 million and $1.4 billion in public funds to support state and local fusion centers since 2003 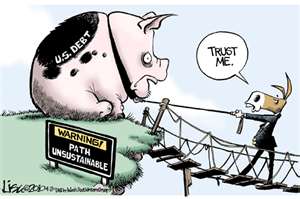 
The costly intelligence effort since 9/11 has largely failed, according to a scathing analysis.


After the report I wrote a week ago about the failure of the TSA to catch a single terrorist and the $8.1 billion budget DHS has – Despite a bankrupt national budget, I’m glad to see the mainstream press finally awakening to the facts…


WASHINGTON (AP) — A multibillion-dollar information-sharing program created in the aftermath of 9/11 has improperly collected information about innocent Americans and produced little valuable intelligence on terrorism, a Senate report concludes. It portrays an effort that ballooned far beyond anyone's ability to control.


The lengthy, bipartisan report is a scathing evaluation of what the Department of Homeland Security has held up as a crown jewel of its security efforts. The report underscores a reality of post-9/11 Washington: National security programs tend to grow, never shrink, even when their money and manpower far surpass the actual subject of terrorism.

Despite that, Congress is unlikely to pull the plug. That's because, whether or not it stops terrorists, the program means politically important money for state and local governments.


The White House was working on an executive order to act as a "stand in" for cybersecurity legislation that has so far failed to pass Congress (CISPA passed in the House, but a different effort, the Cybersecurity Act, failed in the Senate, and it would have been difficult to get the two houses aligned anyway). Last weekend Jason Miller from Federal News Radio wrote about a draft he saw... but failed to share the actual draft. We got our hands on a draft (and confirmed what it was with multiple sources) and wanted to share it, as these kinds of things deserve public scrutiny and discussion. It's embedded below. As expected, it does have elements of the Lieberman/Collins bill (to the extent that the White House actually can do things without legislation). It's also incredibly vague. The specific requirements for government agencies are left wide open to interpretation. For example, the State Dept. should engage other governments about protecting infrastructure. Well, duh. As expected, most stuff focuses on Homeland Security and its responsibilities to investigate a variety of different cybersecurity issues -- but, again, it's left pretty vague.

Download our series of reports on Taking America Back from Dysfunctional Politicians at: 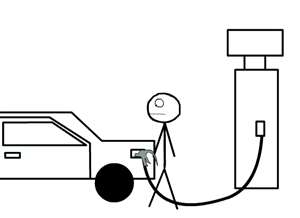 A Shallow Planet Production
Posted by Poor Man Survivor at 5:15 AM