Lottery-A Tax on Stupidity, Use it to Fix the Budget 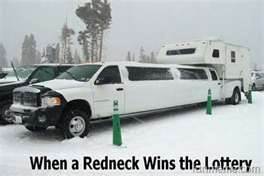 
4.      ObamaCare the cause of weekly hours slashed for workers


An elective despotism was not the government we fought for, but one which should not only be founded on true free principles, but in which the powers of government should be so divided and balanced among general bodies of magistracy, as that no one could transcend their legal limits without being effectually checked and restrained by the others."
-- Thomas Jefferson


Lotto fever? Hey, let’s use it to fix the federal budget

A tax on stupidity…

Another mega-lottery has come and gone, another spate of news reports and long lines at convenience stores, the same inane question from reporters (“What are you going do with all the money?”), the same closing shots of reporters with their own tickets, promising the chuckling anchors that “with any luck, you won’t be seeing me Monday.”

Left unasked by the reporters is how much money those eager buyers would have had if they’d banked what they spent on lotteries over the years—thousands or tens of thousands of dollars in far too many cases—or whether the spread of state lotteries to 43 states has seen a steady rise in compulsive gambling. (It almost certainly has.)

Left largely unexplored is which states have broken their promises to use the net proceeds from a combined $56 billion in annual lottery ticket sales to increase spending on education, rather than treating the lottery as an apparently painless, voluntary tax in place of the more painful, involuntary variety.

You can (almost) forgive the press for its role as an enabler of the inevitably labeled “lotto fever.” There’s something about the prospect of a humongous sum of money that triggers an almost chemical loss of reason. The result is not simply dropping a few bucks for a ticket in exchange for a few days of fantasies, but waiting on line for an hour or more, and/or spending a painfully large chunk of a painfully small disposable income when the odds of winning are pretty much the same whether you play or not.

All this explains why Voltaire is supposed to have called the lottery “a tax on stupidity.”


You may qualify for free or almost free drug coverage through a prescription assistance plan.  Visit Partnership for Prescription Assistance at pparx.org or call 888-4PPA-NOW 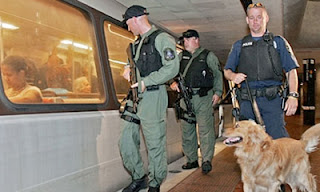 Cause and effect: Americans who voted for Obama now seeing weekly job hours slashed below 30 as Obamacare kicks in
(NaturalNews) It is the ultimate example of how you reap what you sow: Huge numbers of American workers who voted for Obama are now seeing their own jobs slashed below 30 hours a week as employers desperately try to avoid "Obamacare bankruptcy." Obamacare...

Wind and solar power, paired with storage, would be cost-effective way to power grid


The U.S. National Intelligence Council, the research arm of the Office of the Director of National Intelligence, yesterday released its Global Trends 2030; the report’s authors say that food, water, and energy will be more scarce; "Nearly half of the world's population will live in areas experiencing severe water stress," the report notes; Africa and the Middle East will be most at risk of food and water shortages, with China and India also vulnerable; one bright spot for the United States: energy independence sometime between 2020 and 2030…

Free Prepaid Cards With No Fees


It is estimated that about 40 million Americans do not have a bank account. The reasons for this vary. For many, they are unable to qualify for a bank account because of past bounced checks. Bounce too many checks, and you’ll find yourself in the Chexsystems, which many banks use to evaluate potential new banking customers. For others it’s simply a distrust of the banking system or frustration with limited hours or the hoops one has to jump through to get service.

14 Frugal Food-Rescuing Tips from Grandma
These simple tricks sure helped to stretch an already strained food budget during the Great Depression. Why not try a few of these time-honored and tested tips yourself?

Cash in on unused gift cards this holiday season sell it at GiftCardGranny.com or donate it to charity!

Time to get rid of these ‘brownshirts”


Tis the season to be jolly. But then there's the TSA. No government agency inspires "Bah Humbug" like the Transportation Safety Administration. For those who travel, the agency is 65,000 employees dressed in blue to make airline travel as annoying as possible.

Last week the House Aviation Subcommittee held a hearing to discuss common sense improvements for the agency in charge of transportation security but TSA boss John Pistole thinks he has it all figured out and refused to testify. The committee has no jurisdiction over his kingdom, so why show up? Pistole didn't even send one of his minions to be grilled. This is the third time he's snubbed the committee.

The American public has become suckers to government insanity.  In the past decade taxpayers have been forced to shell out $57 billion for an agency that has deprived of us our rights and made flying an ordeal.  All of the groping and indignities we’re subjected to have been a waste – the TSA has never caught a single terrorist.  So why does Congress keep up the charade and add to our deficit?


This parasitic class of bureaucrats, regulators and meddlers is dug in so deep that I have no confidence in our ability to survive the coming year.

The European Union, by contrast, refuses to adopt such technologies as full body scanners.

Freedom was illegal in the Colonies in 1776 and Freedom is still illegal in America today. Those that signed the Declaration of Independence knew that a tyrannical government would never relinquish its power without a struggle. Governments have always considered those that disagreed with governmental policies to be trouble makers. A government that seeks to control the people cannot allow their subjects to be free.


For the American who believes the government can do no wrong, how about meter maids that give out tickets before meter expiration?  What is wrong with our government?  It seems they are doing everything in their power to destroy our economy, our rights, and our country. There isn’t a day that goes by where I don’t read about some incredible screw-up that some idiot as some level of government has initiated against the public.

The editor of a prominent science journal was viciously attacked and molested by the TSA recently. This just goes to show you that even the self-proclaimed "scientific elite" are not immune to the dastardly reach of unbridled tyranny.
http://www.naturalnews.com/038238_TSA_sexual_assault_science_editor.html

89% - the percentage of Americans who don’t keep emergency contact information in their wallet or cell phone.  Visit Emergencylink.com/ice/register to sign up for their free service. 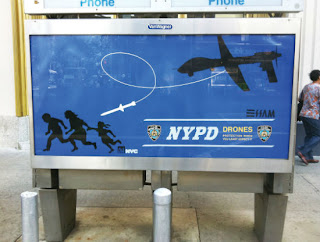 Why are checkpoints legal if police need probable cause to make a traffic stop?

It depends on the type of motorist checkpoint. Roadblocks, as they are referred to by the courts, fall under what is known as a special needs exception to the 4th Amendment. The special needs exception requires that the primary purpose of the search/seizure be for regulatory, not law enforcement, purposes. Under this theory, things like drivers license/vehicle registration checkpoints pass muster because the purpose is to ensure motorists have complied with state licensing requirements. And as stated below, if there are observable signs of other wrongdoing, police may also gain probable cause for further searches at this type of checkpoint.

DUI checkpoints require more though. When police officers extend the checkpoint from checking licensing with passive observation for signs of intoxication to actively testing every driver for intoxication (e.g. flashlight tests, simple cognitive tests, etc...), the purpose has shifted from regulatory to criminal enforcement. In Michigan v. Sitz, the court effectively ignored the regulatory requirement of special needs searches in coming to their holding that DUI checkpoints fall under the special needs exception (the court also likened DUI checkpoints to airport and boarder checks without addressing that there is no other way for the interests protected by those checks to be advanced). Rather, the court merely recognized that there was a compelling government interest, and that DUI checkpoints were a means of advancing that interest.

In a later case, Indianapolis v. Edmond, the Supreme Court held that "narcotics checkpoints" were an unconstitutional violation of the 4th Amendment. While these checkpoints were identical to DUI checkpoints, except that police would also lead a drug dog around the motorists vehicle. The court refused to extend the special needs exception where the "primary purpose" is "to detect evidence of ordinary criminal wrongdoing."

As such, motorist checkpoints are legal only so long as the primary purpose is regulatory rather than general criminal enforcement, except in the DUI checkpoint situation, and in border or airport security checks.


Municipalities around the nation are battling to stay afloat, and local police departments are increasingly focused on profits instead of "protecting and serving." Retired LAPD deputy chief of police Stephen Downing told FoxNews Latino, "The federal government has turned policing into policing for profit."


For example, the police seized $30 million in cash on the southwest United States border in 2011. Where does the money go? Well, if the local cops make the seizure, they keep the money. If the feds snatch the property, they keep it. If it's a joint operation, they split the dough. Can you imagine the fights that must take place over the booty these police pirates are confiscating?


As of Sept. 30, 2011, the departments of Justice and Treasury held $1 billion in seized cash. So now cops are tracking down cash, rather than crime. Downing told Fox that departments now direct police assets to generate cash, instead of investigating murders and rapes.


What if you're a New Jersey insurance adjuster driving through Tennessee as part of your job? You're stopped for speeding and asked if you happen to be carrying a large amount of cash. It so happened George Reby had $22,000 cash in a bag in his back seat. He'd been negotiating for a car on eBay and wanted to be ready if he could make a deal.

Officer Larry Bates of the Monterey, Tenn., police department seized the $22,000, figuring anyone carrying that much cash must be up to no good. "The safest place to put your money, if it's legitimate, is in a bank account," the officer explained. "He stated he had two. I would put it in a bank account. It draws interest and it's safer."

A Shallow Planet Production
Posted by Poor Man Survivor at 7:30 AM