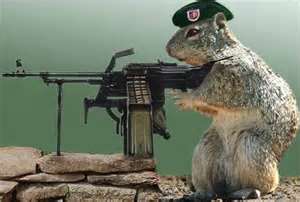 
"A Native American grandfather was talking to his grandson about how he felt about a tragedy. He said, “I feel as if I have two wolves fighting in my heart. One wolf is the vengeful, angry, violent one. The other wolf is the loving, compassionate one.” The grandson asked him, “Which wolf will win the fight in your heart?” The grandfather answered, “The one I feed.” "
-- Native American Story


4.      How to clean your rifle-video, Profit in trash, Make your knife sharp as hell

Having the skills to procure food in a long term wilderness survival situation or post-event world is critical. You must have a working knowledge of the edible plants in your area and be able to identify them without hesitation. Wild edible plants are not enough though; you must also possess the skills needed to harvest the wild game species native to your environment.

Hunting and Trapping for Survival

There is a reason that primitive peoples were not vegetarian; wild vegetation alone cannot provide the needed sustenance to survive the hardships and physical labor of a life in the field.


For the most part, plants are low in calories. They excel at supplying trace minerals and vitamins, but lack the cellular structure to provide you the energy-rich food you need in a survival situation. That energy comes from animal products in the form of protein and fat.

A common survival myth is that you can just head to the nearest patch of forest and live off the large ungulates (deer, moose, elk, caribou, bison) that abide there. The fact is, these types of critters can have a huge range and are not a reliable food source to stake your life on.


Plus, the caloric expenditure needed to actively hunt them could outweigh the gain and put you in a worse off position than you were to begin with. You should look to large game as a bonus rather than the rule when in the field.


The go-to wild meat source is small game: squirrel, rabbit, chipmunk, dove, waterfowl, packrat, songbirds, beaver, mice, raccoon, etc. Essentially any living animal that crawls, flies, or swims is fair game. The population density of small critters is much higher than that of the mega fauna on any given tract of land.

These animals are where you should spend your time and effort. A survival situation is no time for food prejudices. Although you cringe at the idea of eating something like a coyote now, I can assure you that when facing starvation that slab of meat is going to be top-shelf cuisine to your pallet. The photo below shows a nice boar raccoon roasting over an open fire.   More at: 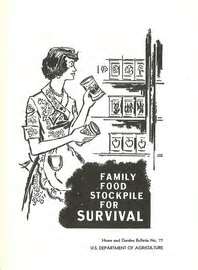 The United States Civil Defense Association (USCDA) is a private organization and not a government entity and it exists to provide humanitarian aid, emergency preparedness and disaster response and relief on behalf of the duly elected constitutional county sheriff's across America. The USCDA provides emergency services, humanitarian assistance and disaster relief where needed in the sheriff's area of jurisdiction where those citizens are in need. These services may include search and rescue, safety, force multiplier and improved force protection, and all aspects of security. During man-made or natural disasters USCDA will respond to requests from any Constitutional sheriff around the country.


As part of the nation's largest online resource for preparedness, it's easy for us to forget that not everyone is thinking about preparedness. Did you know that while 60% of Americans agree it’s important for all Americans to be prepared for natural or man-made disasters, only 15% believe they are prepared for a disaster situation?


If this statistic is alarming to you, you are not alone. Good news: you can help to change it…


A clean rifle is a safe and accurate rifle. Watch Larry Potterfield of Midway USA demonstrate how to clean your rifle quickly and easily.

The best way to manage your firearm collection…


Researching ways to buy in bulk and found Earth 911; it’s a site that shows you how to generate less waste in general.


When I was there Everything You Need to Know About Buying in Bulk was a featured article on the main page, along with kitchen gadgets that actually reduce waste, energy saving tips and more.


Navigation is easy! There are featured articles on the main page as well as Recent News, the Spotlight section, Polls, Popular Articles, and Slideshows. At the top of the page you’ll find navigation strip with the categories: Automotive, Batteries, Construction, Electronics, Garbage, Glass, Hazardous, Household, Metal, Paint, Paper, and Plastic. These sections help you figure out how to cut down on waste, how to recycle the items, or how to dispose of them safely.


Check this one out today!


Profit in Trash-8 Companies that make money from recycling

Nothing warms you on a chilly morning like a bowl of hot cereal. That's why in this section, you'll find a wide variety of great-tasting grains.  We used to make some of the best wheat cereals from bags of grain…just clean and soak overnight, then cook.


Find out the benefits of hot cereal grains and how to make oatmeal, cracked wheat, brown rice, and other rolled grains; explore hot cereals and healthy alternatives to oatmeal in this free video on whole grain cereal tips.  http://grains-nuts-soy.wonderhowto.com/how-to/make-hot-cereals-and-whole-grains-227528/

Make your knife sharp as hell!

Our America: High School Students Suspended For Chanting ‘USA’, While Illegal Immigrants Tell Congress Not to Call Them Illegal

Here’s video of the offending display…


Meanwhile, as patriotism is punished, breaking federal immigration laws is not. Jose Antonio Vargas, an admitted illegal alien, went to Congress and scolded them for accurately referring to him as … well … illegal.


Via the Washington Times (h/t Memeorandum):


Jose Antonio Vargas, an illegal immigrant and former reporter, scolded a congressional panel on Wednesday, saying that he should not be called illegal, and saying it is an insult to his family who brought him here.


“When you inaccurately call me illegal, you not only dehumanize me, you’re offending them,” he said. “No human being is illegal.”


Mr. Vargas testified to the Senate Judiciary Committee alongside Chris Crane — a U.S. Immigration and Customs Enforcement agent and president of the ICE agents’ union — who is unable to arrest him under the administration’s new non-deportation policies.


Human beings aren’t illegal, but their actions are Mr. Vargas. This is why you are classified as an illegal alien – because you illegally entered the country.


The Parting Thought- the continuing demise of your rights

Truth is stranger than fiction, but it is because Fiction is obliged to stick to possibilities; Truth isn't!
- Mark Twain

The government is out of control in the US and in many other countries. But their actions are more like death throes. Like a big, mortally wounded beast, the state is lashing out with the strength and ferocity that comes from panic. It senses death approaching. And that may make it temporarily more dangerous. But the end is in sight. All their actions are actually reactions to fact that they're losing. They are trying to close the doors, control the flow of information and restrict the flow of capital, but people are finding ways around everything (especially people like us and the people who read publications like this).

The blatantly obvious and rather pathetic attempts at information control keep coming. Like the latest in a long string of executive orders signed by President Obama just before the recent State of the Union address. The order will expand the power of the Department of Homeland Security to "share" information with private industry. In other words, it will be easier for the government to gather information about you from the electronic media you use. And of course, there is the much-talked about "internet kill switch" that Obama and his fellow heads of state are dying to make a reality.

Also bothersome, the push (by military contractors) to create legions of spy drones to spy on US citizens…all in the name of public safety…

Drone Wars-Draining more of your privacy every chance they get…


The widespread use of drones among civilians represents a deep and dangerous intrusion into American life.

"What we used to know as privacy is finished," said John Whitehead, a constitutional scholar and president of Virginia-based Rutherford Institute. "Big Brother is here to stay."

In at least 13 states, lawmakers this year will examine bills to place strict limits on how government entities can deploy drones. No state has embedded such regulations into law.

Canyon County, Idaho, already has one, a camera-equipped Draganflyer X-6 it bought for $33,400 with federal grant money. About a year ago, Mesa County, Colorado, used $14,000 to purchase its drone, a 4-foot-long, 9-pound plane that can maintain flight for about an hour. The Seattle Police Department spent $41,000 in August for its Draganflyer X-6.

With the booming interest in the myriad uses of UAVs comes nervous anxiety about the creep of the surveillance state.  Read more…


This article was originally posted on Watchdog.org 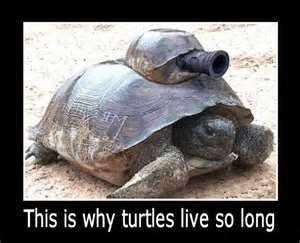 A Shallow Planet Production
Posted by Poor Man Survivor at 7:00 AM

Ijust love your posts. Lots and lots of good stuff. Thank you!

Referred to your site by a friend who told me your is among the best survival and political sites...they weren't kidding.

Unsure why, but this is one of your best issues. I really liked it.