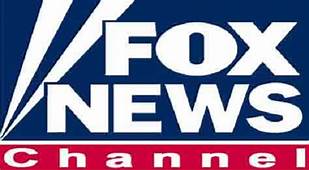 
This morning I received an interesting email memo from Fox outlining its new privacy standards with links to its recent sale.  I read through it and was taken aback at the price tag and the fact that Rupert would sell his prize.


Given the huge price tag perhaps I’m not truly all that surprised but what wounds me is that Disney is the buyer and that I believe will surely doom the famed Fair & Balanced stature of Fox news and perhaps even imperil many of our favorite commentators.


When I was majoring in Mass Communications in college there were more than 250 major media firms operating in the United States – Now, there are less than SIX who control everything you see and hear!*


Rupert Murdoch’s 21st Century Fox has spun off various television assets. One of the key assets is Fox News Channel that will now be known as Fox Corp.

The spinoff is part of a culmination with the $71.3 billion sale of the rest of Murdoch’s company to Walt Disney Co.


Disney gets far ranging properties ranging from Fox's film studios, including "Avatar" and X-Men, to its TV productions such as "The Simpsons" and networks including National Geographic.


What doesn't Disney get? Fox Corp. is a new stand-alone company that comprises of the assets Disney didn't buy. It includes Fox News, Fox Sports, the Fox Network, and Fox TV stations.


One of the shocking aspects of the change is the placement of anti-Trump RINO Paul Ryan on the board...
Fox announced its board members, including former U.S. House Speaker Paul D. Ryan (R-Wis.). Other board members include Rupert Murdoch, Lachlan Murdoch, Anne Dias, Chase Carey, Roland A. Hernandez, and Jacques Nasser.


Fox also hired former DNC Chair Donna Brazile who has been a controversial figure because of the scandal in which she used her former position as a CNN commentator to relay questions ahead of debates to Hillary Clinton during the Democratic primary.


This explains so much about recent moves from the network that is uncharacteristic of the “fair and balanced cable news channel.
Judge Jeanine Pirro was suspended over an honest debate. She asked about the loyalties of Rep. Ilhan Omar between Sharia Law and the Constitution. Fox news punished her with a two-week suspension for asking a fair question. 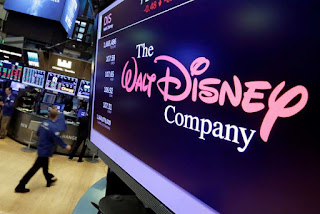 What is the fate of others on the news channel?
LA Times reports: Fox alerted the employees whom it planned to retain in December. Disney has already identified key executives who will make the switch but must still decide in the coming days and months who will be integrated into the expanded company.


The Far Left such as rabid Media Matters and others have launched calls for boycotts against many popular Fox talking heads including Sean Hannity, and Judge Jeanine Pirro, who was recently suspended for two weeks…


Pirro questioned Rep. Ilhan Omar’s allegiance to the Constitution or Sharia during her opening monologue (video below) last week. The Democrats and the news media twisted what she said claiming she was anti-Muslim. They pushed for her removal from Fox News just like they’ve been doing to Tucker Carlson.


*I discuss how virtually every element of business is now controlled by six global corporations: the food industry, the pharmaceutical industry, banking, etc. along with several tools you can use to regain your independence AND IT IS FREE.  Find that & plenty of other useful resources by clicking on the link below! 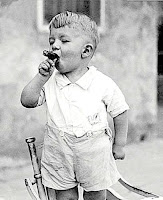 
>An idea I've suggested before: Eliminate ALL city/state & Federal taxes on the 1st $25K of income for all people. 41% of citizens pay no Federal tax, many city/state taxes are killers for many. Tax laws that encourage more US manufacturing/jobs & elimination of red tape would help too.


POWER at the OFF GRID CABIN! | Generator, Electrical


We Traded Our Home for a $50,000 RV in Retirement — and We've Never Been Happier: Living on the road isn’t everyone’s dream, but for a surprising number of Americans, it has become an idyllic, affordable way to cruise into their golden years. Money 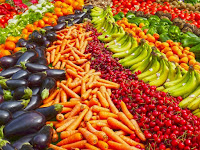 An indoor garden is not expensive to maintain, but you may need to make a small investment if you are just starting out. Here are the basic supplies you'll need to get started:


Soil. You want to buy the best, nutrient rich soil if you don't have your own. To make your soil richer and your plants healthier, mix a bit of oyster shell/sand mix into your soil. Oyster shells provide the soil with lime and sand makes it lighter.


Containers. There are many choices of containers out there: from metal, to plastic, to clay. They come in all shapes and sizes. If you are gardening on a shoestring, you can use whatever you have on hand. For example, cottage cheese or sour cream containers work well for some of the small plants, like chives, lettuce or parsley. Long, narrow planters work great for herb gardens because they fit well on a windowsill and allow you to have your entire herb garden in one place.


Seeds. The sprouting capacity of seeds is reduced dramatically as they age, so get fresh, non-GMO heirloom seeds to start your garden (you can start saving and using your own after your first set of plants matures). Not every plant will produce indoors (some of them need to be pollinated), so do your homework before stocking up on seeds that won't do you any good.


Grow lights. If you don't have a sunny spot for your garden, you will need to buy grow lights. They provide the sunlight that your garden needs to grow.


Plant food. Buy some regular fertilizer (the type you would use for an outdoor garden), dilute it, and use the solution weekly on your indoor plants.


Trays. Consider buying seed trays to use for sprouting seeds. If you plan on eating sprouts, they are especially convenient since you can fit a ton of seeds in one tray.


When you have all of your supplies on hand, designated space or spaces for your garden and get to work. Make sure that your plants get lots of light, plenty of water and fertilizer. In a crisis situation, a guy who gets crops year-round in his basement has a clear advantage over the frantic scavenger.

Having the Patriot Power Cell on-hand for emergencies keeps your essential electronics up and running in case you need to call for help.
“The Cell is a workhorse of power — it’ll charge your phone soup to nuts 3 to 8 times… I think of the Patriot Power Cell as “everyday prepared.” Awesome for travel or avoiding inconveniences while saving your bacon in an outage. It’s a MUST HAVE for your survival lineup." 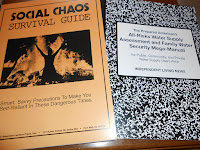 Posted by Poor Man Survivor at 8:28 AM

Email ThisBlogThis!Share to TwitterShare to FacebookShare to Pinterest
Labels: end of fair and balanced reporting?, Fox New sold to Disney

When do the public, on-air book burnings start to air, especially with that disgraced DNC Brazile being given a job? What a disgrace. We're renaming Disney - 'Con-Air.'

Saw Brazile on Fox last night & almost lost popcorn! Of course, she wasted no time dissing Trump, somehow connecting his success to Obama if you can imagine that and someone on twitter tried to beat me up saying Fox hadn't been sold, then backtracked with all kinds of ifs, ands or buts but in the end it doesn't really matter as Murdoch sold out.