DIY Dental Fixes When The SHTF 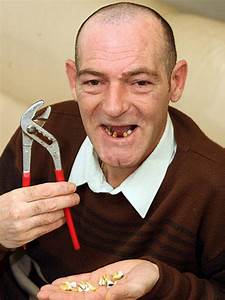 DIY Dental Fixes When The SHTF

(Natural News) You don’t often see homesteaders and survivalists hunched over in pain, but in the off-chance that you do, it may likely be due to a toothache.

A toothache can be caused by tooth decay, tooth fracture, a damaged filling or bacterial infection inside a tooth. Some toothaches may also come from temporary gum irritation and will typically go away after self-medicating. But some toothaches can be more serious than that, which means you’ll need a dentist to check on you.

However, professional help will likely be unavailable when SHTF so you’ll be relying a lot on alternative remedies for toothaches. That shouldn’t be a problem as these seven natural cures are excellent pain relievers. (h/t to HomesteadSurvivalSite.com)

Cloves, the flower buds of the clove tree, may work as a toothache remedy as it contains a natural anesthetic, eugenol.

You can use either clove oil or powder or even a whole clove. If you’re using the oil, make sure you don’t get some on your gums or tongue as the oil can irritate these. To minimize contact around those areas, grab a cotton ball and add a few drops onto it. Position it against the affected tooth until you feel the pain subsiding.

If you’re using a whole clove, you can place it against the tooth and chew it lightly to release the oil.

Cayenne-ginger paste might seem like torture especially if spicy foods aren’t your thing. But it’s a good painkiller as capsaicin – the chemical that gives some foods their heat – is said to block pain messages from reaching the brain.

To make a cayenne-ginger paste, mix powdered cayenne and powdered ginger and add a little water; you can also use freshly grated ginger if the powder is not available. Add some paste on a cotton ball and position it against the tooth.

This old-school remedy may help treat toothache in two ways: It cleanses the area around the tooth and helps reduce the pressure caused by inflamed tissues.

To make a salt-water rinse, simply boil brine until there are no visible salt crystals left. Let it cool before rinsing your mouth with it. Do this for 30 seconds and make sure you really focus on the affected area before spitting the solution out.

Salt is readily available so you can repeat this treatment as often as you like.

Tannins in black tea have astringent properties that can help with toothache.

Make a black tea compress by steeping a tea bag in boiling water for at least five minutes. Remove the bag and allow the tea to cool, then swish it in your mouth for a minute before spitting it out. You can also use the tea bag by pressing it against the aching tooth. (Related: Survival medicine: Prep dental kits before SHTF.)

Myrrh has been used in traditional medicine for centuries due to its astringent and antiseptic properties. It’s commonly used for mouth sores and oral injuries, and it may also be used for toothaches.

If you have powdered myrrh, add a teaspoon to two cups of water and simmer for half an hour. Strain the solution and let it cool. Add a tablespoon of the solution to a half a cup of water and rinse your mouth with it six times a day.

A cold compress may also help relieve inflammation and numb pain. Wrap a couple of ice cubes with a thin cloth and press it to your cheeks where the pain is emanating. You can also use a single ice cube by wrapping it in a cloth and then holding it against the affected tooth. You should do this for 15 minutes so you might need more ice cubes to replace the melted one. 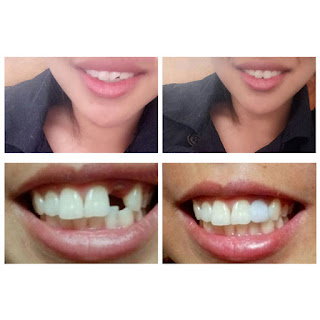 When SHTF, professional medical help will be hard to come by so having these natural pain relievers will come in handy. Stock up on them before that bad tooth starts acting up.

NOTE:  Dentistry is expensive and even with insurance, it’s not affordable for many…when I lived in AZ many would head to Mexico to obtain low-cost treatment. Tours were set up by local business owners to take a monthly bus trip for folks seeking dental treatment.

Trump has done MORE for our military in his 1st three years than Obama-Biden did in eight years!
Find out where Trump and Biden stand on defense and security issues
(Defense News) It’s expected the current president would stay on his path of modernizing all three legs of the nuclear arsenal — something that has bipartisan support in Congress despite growing budget pressure.

Dems will do anything to oppose President Trump...even if it means lying to Americans and cratering our economy. 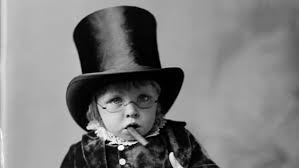 The best UNCENSORED sources for real-time breaking news on everything: Brighteon.social, Censored.news and Brighteon.com

The Big Tech Ministry of Hysteria is so totalitarian, not even the President of the United States is allowed to offer dignified hope during a pandemic

Stay on top of what’s happening is through crowdsourced information, which means information coming from a large number of people who are volunteering their own findings, observations and analysis.

This is why we built Brighteon.com and Brighteon.social – so that many thousands of people can participate in news gathering and reporting. And we’ve found that it works!

Brighteon.social, the new alternative to Twitter and Facebook, is now an amazing place to monitor all the breaking news in real time, as it’s happening. With over 10,000 users there already (and growing), Brighteon.social is now becoming my No. 1 source for monitoring breaking news (and even gathering news tips for stories that we’ll cover). You can see all the posts in real time at:
https://brighteon.social/web/timelines/public

Former Republican Senator and presidential candidate Bob Dole has just blown the lid off the corruption and cheating that’s taking place in the 2020 race.

You won’t believe what Mr. Dole just exposed about the Commission on Presidential Debates. The whole thing is a massive game that’s completely rigged against Donald Trump.

I've always wondered why the ADA never lobbied to include dental treatment into the so-called Affordable Care Act?

Useful [& I love your leading image-terrific]!