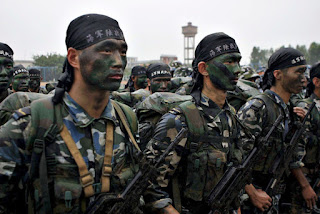 A veteran operative of the George Soros network is openly pining on social media for a foreign invader to march into the U.S. and take over.

The self-described queer atheist social justice warrior Zack Ford made the declaration on his Twitter account. Ford works as the press secretary for the Alliance for Justice, a left-wing special interest group that has been funded by the Soros network. He had previously written for ThinkProgress before the fake news propaganda outlet went belly up last year.

“Anybody else feeling like this would be a great time for the U.S. to be conquered? Like not a violent war, just a really peaceful takeover — more like an intervention by all the other friendly democracies out there who’ve been watching what’s been going on here,” Ford wrote in a tweet.

Ford’s dream is that socialist countries revoke U.S. sovereignty and take over because orange man bad, or something. Here is Ford’s idea of an ultra-effeminate coup that would effectively revoke democracy for the American people because of his feelings:

United States, do you know why we brought you here today? Your Constitution was built on a foundation of inequality, all your branches of government have been co-opted by minority rule, and you’re endangering the whole world with your ineptness…

In short, you’re toxic, and we’re just not putting up with it anymore. We’re here to give you a fresh start, a nice little makeover, and something more resembling the much better forms of democracy we’ve figured out since you got it all started back in 1619 — I mean 1776…

“We’re just such a hot mess, and it sounds so much easier to fix things if we just got a full reboot instead of trying to make work everything as we have it now. These are my uplifting dystopian thoughts for the day,” he wrote to conclude his thoughts.

Ford may get his wish if his paymaster Soros has his way. His operatives have been diligently planning a color revolution that intends to oust President Trump from office by any means necessary.

Big League Politics has reported on organizations like the Transition Integrity Project that exists to gaslight public officials and grease the skids for an anti-Trump coup to take place after the election regardless of what the people decide:

A Soros-backed “election integrity” group is setting the stage for a revolution against President Donald Trump after November’s election.

The Transition Integrity Project, an organization featuring a bipartisan group of Trump haters, is claiming that President Donald Trump will cause violence if he disputes the upcoming election results. They are running simulations that they claim indicate that Trump and his supporters will create mayhem.

“All of our scenarios ended in both street-level violence and political impasse,” said Rosa Brooks, a professor of law and policy at Georgetown University, who set up the TIP. “The law is essentially … it’s almost helpless against a president who’s willing to ignore it,” she added.

Brooks’ deep connections to Soros have helped her successfully navigate the ranks of the Washington D.C. elite. She was senior adviser to Assistant Secretary Harold Hongju Koh at the U.S. State Department. She taught at the University of Virginia School of Law before moving over to Georgetown. She is also on the Advisory Committee of National Security Action and the Steering Committee of the Leadership Council for Women in National Security. Her deep state bona fides are second to none…

Brooks hopes that policymakers act on the findings of her study, adding that “state governors, attorneys general, legislative leaders and secretaries of state need to think through these issues now, and understand the electoral system and relevant laws now, and not wait until Election Day to think about everything that could go wrong.” 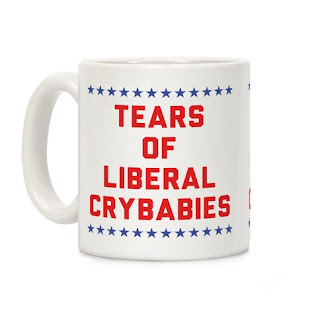 Revolver believes that this TIP group may be the organization tasked with fomenting a color revolution to get President Trump out of office regardless of the results of November’s election. They compared Brooks’ recent Washington Post op/ed with The Democracy Playbook, a guide to color revolutions published by the globalist Brookings Institution. They concluded that TIP is about creating a self-fulfilling prophecy that keeps Trump from a second presidential term regardless of what the American people decide.

The Soros network and its operatives should be booted from the America like what happened in Hungary, or worse, for their coordinated subversive efforts against the Bill of Rights and Constitution.

Dems will do anything to oppose President Trump...even if it means lying to Americans and cratering our economy. 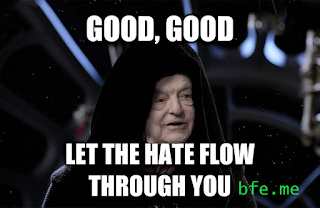 George Soros is pure evil-Soros famous for his sick plans to take over America, and since he has taken down other countries in the past, this is no joke.

Currently, the presidential election is probably the biggest factor. America often becomes very tense in election years, but this election is unprecedented. We're in a situation where both sides view a loss as the end of democracy as we know it. People on the left think Trump will become a full-fledged dictator if he's reelected, and people on the right think the deep state or radical left will take over the government if he isn't reelected.

But on top of that, we have a situation where Trump could look like the clear winner on election night, but as the mail-in ballots are counted in the following days, it could look like Biden is the actual winner. They're calling it a red mirage, and it could happen because there will be far more mail-in voting than usual due to the pandemic, and Democrats are more likely to use mail-in ballots...

How to Prepare for A Riot in Your City

What To Do If You're Caught In A Riot While Driving

In the midst of a global pandemic, riots and looting have returned to the streets of the United States. In some areas, they're becoming the norm. Once again, the trigger for the civil unrest was racially driven, but other factors simmering beneath the surface come into play. The Markets Have a LOT to Lose if Trump is Defeated

We’re coming into the home stretch for election 2020 – and it looks like the S&P has picked a side.

It’s not hard to see why – the economic gains made under the Trump Administration’s watch are hard for even the most diehard Democrat to deny. However, there are more factors in play than a usual election.

Make your own natural antibiotic medicine in minutes

Today we're officially announcing the "ultrasonic herbal extraction" video that I've been teasing about. This is a must-watch video in preparation for survival mode, because it shows you how to make your own natural antibiotics and other herbal medicines in mere minutes, using water as your solvent.

This is lifesaving info. Watch and share this important video. 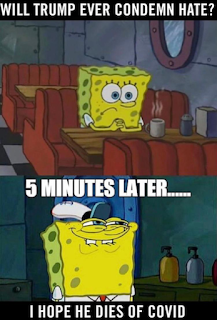 Deciding to raise your own animals for food is exciting. If you're a prepper, it's also a great way to prepare for a disaster that affects the local food supply. Raising meat is a great way to use your backyard for good—plus, you'll know where your protein is coming from.

Most people start by raising chickens, but there are some other small meat options to consider as well. Rabbits are a common choice and, as you'll see, they come with plenty of benefits. Here are five reasons preppers should raise rabbits for meat.

1. Limited Space Needed - While chickens and ducks need quite a bit of outdoor run space, rabbits only need a small amount of square footage. Many homesteaders use large cages to house their rabbits together in one area of the property. Most cages can be stacked on top of each other, and you can raise a lot of animals in a limited amount of space...

How to Raise Chickens in the City

Email ThisBlogThis!Share to TwitterShare to FacebookShare to Pinterest
Labels: civil unrest, Markets would lose under Biden, Soros funding US destruction

Soros is Public enemy No. 1