ALL bankers warn of shocks/recession coming 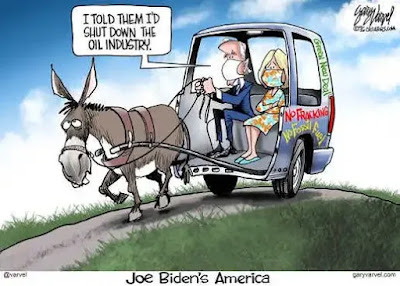 Goldman Sachs joins with JP Morgan: Warns of 'unprecedented shocks' to the economy

Our economic troubles are growing so rapidly that you would have to be deaf, dumb and blind not to see what is happening.  A meltdown of historic proportions has already begun…

Following on the heels of comments made by JP Morgan CEO Jamie Dimon, who warned investors to "prepare for a hurricane" amid unprecedented challenges, Goldman Sachs President John Waldron has also chimed in, suddenly quite concerned about the future of the global economy.

Sadly, Waldron's warnings on the "most complex and dynamic environment" he has ever seen in his career echo the warnings that the alternative economic media have been giving for a long time. In other words, the sentiments of international banking execs are too little too late in comparison and don't do much to help the general public prepare.

Perhaps banking conglomerates have been well aware of the growing threats to the economy and chose not to say anything openly until now, or maybe they really are oblivious and are only recently waking up to the potential for a crisis (I doubt it). In either case, it is undeniable that independent financial media sources have been right all along about incoming disaster and were far ahead of the mainstream.

The abrupt admissions by "authoritative sources" on the economic decline in some ways mirror events that occurred right before the derivatives crash of 2008/2009. In mid-to-late 2007 globalist institutions such as the IMF and BIS began publishing public statements warning of an impending credit crash that could upset the foundations of international markets and cause another Great Depression. Once again, this was too little too late, but the announcements were surprising as they reinforced the predictions of the alternative media; the same predictions that the MSM called "conspiracy theory" not long before.

Only a year ago, JP Morgan and Goldman Sachs analysts labeled the ongoing inflation problem as "transitory" while recommending investors leap back into stocks. Today they act as benevolent oracles predicting danger ahead.

This latest momentary display of rare honesty follows recent statements made by numerous global institutions such as the IMF, BIS, World Bank, the U.N. and the Rockefeller Foundation on an impending worldwide food shortage crisis coming sometime this year. Inflationary pressures have been piled on top of already existing supply chain stresses caused by the COVID lockdowns.

While Chinese ports appear to be reopening after their latest and ridiculous lockdown measures, around 20 percent of the world's shipping tankers are still tied up and waiting to unload or load goods. It is should be more apparent now to the average person that the economy is not going back to the way it was a few years ago. Hopefully, this reality will inspire people to prepare more extensively for long-term instability.

The ongoing question I have always been asked over the years is "When?" When will the collapse occur? And I have always given the same answer... it's already here. Whether some people realize it or not, they are in the middle of a financial crash of historic proportions, it's just that such events happen over time, not overnight. Collapse is a process.

Beyond that, I suggest people watch carefully what establishment elites and banking conglomerates say and do. They often signal the next stage of a crash ahead of time. They just can't seem to help themselves, but only when we are very close to the precipice.

Bank of America issued a warning that the inflation shock in the United States isn’t over yet and that the economy is in “technical recession,” even if most people are unaware of it.

The modus operandi of establishment banking institutions is to admit to as little as possible when it comes to potential collapse until the circumstances can no longer be mitigated or when the truth can no longer be denied. Then, they jump in at the last minute and pretend they were the "experts" that "saw it coming all along," offering their services as fiscal saviors with all the answers. If anything, recent statements by Dimon and Waldron at least tell us that time is running out, because they wouldn't be saying anything unless the next shoe was about to drop soon.

Now is the time to organize your family, friends and neighbors if possible for an incoming crisis situation. Stocking necessities is a must before prices climb too high. Understand that every preparation you make today is going to save you mountains of pain and grief tomorrow. Don't procrastinate; make these changes now. 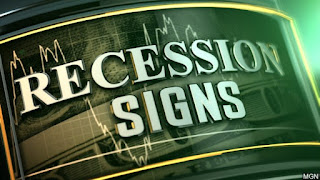 Our economic troubles are growing so rapidly that you would have to be deaf, dumb and blind not to see what is happening.  A meltdown of historic proportions has already begun

The 7 core areas of preparedness
In a nutshell, preparedness refers to the stockpiling of goods, supplies, knowledge, reference literature, and other essentials in order to better weather natural disasters, terrorist attacks, economic uncertainty, and other difficulties.

10 day survival pack for your vehicle

Survival storeroom
We knew that what we had was long-term foods and they would still be good for years. The problem was that we didn’t know very much about planning a storeroom for people that lived in a city. We wanted to keep what we had and make it the core of a storeroom that would provide for us and our extended family.

Are You Prepared for the Coming Food Catastrophe?

17 Uses for Liquor After The SHTF

Stockpiling alcohol is a great way to help you and your family survive after the world goes down the toilet. Not only does it never expire, but alcohol can also disinfect wounds and help keep the body warm in the most dire of situations.

Check out these 17 ways to use liquor for survival after SHTF...

​17 Uses for Liquor After The SHTF

The latest economic reports indicate inflation is at the highest rate in 40 years!  Economists predict it will get worse this year and most folks are seeing shortages at their local supermarket.

Includes photocopy reprint of How to Start a Prepper Group

Biden is a criminal & traitor [given his border policy along] and should be removed from office along w/ most Demon-Rats!

AS you often point out-most people's idea of preparedness is stocking up on beer n pretzels.

Most of the lemmings will hope for more Biden bucks to save their bacon.

We need a French style revolution to get rid of thugs like Pelosi & Biden.

The Democratic Party
is destroying America

Glad the bankers finally figured it out...you've warned of this since Biden was elected.

We're headed to a gigantic epic, historic train wreck of economy, culture, politics, and expectation thanks to incompetent socialist morons in DC!