Lack of civility hurts our nation 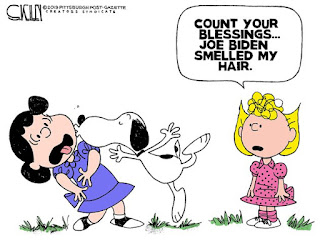 Is a lack of civility in political discussions going to tear America apart?

Most Americans seem to believe we are experiencing a political divide like never before seen in America. Such a belief belies history. Sharp political divide and resulting demonstrations have been a part of the American body politic since the beginning.

President George Washington issued a neutrality proclamation in May of 1793 over the protests of members of both parties. American merchants continued to trade with both England and France.

But as hostilities between England and France escalated the British began seizing American merchant vessels attempting to trade with France. After they had seized hundreds of ships and their cargo, Washington sent Supreme Court Chief Justice John Jay to work out a treaty with the British for the return of the ships and deal with some business left over from the American Revolutionary War that weren't solved by the Treaty of Paris.

The terms Jay worked out fell short of Washington's expectations and angered both political parties. The controversy over the treaty's terms sent Congress behind closed doors for negotiations. The more Americans learned about the treaty's terms the less they liked it.

When demonstrations opposing the treaty broke out they often included the chant:

Jay was burned in effigy during many demonstrations that included pushing and shoving. Secretary of State Alexander Hamilton was heckled when he appeared at a meeting in New York to explain the benefits of the treaty. Some in the crowd even threw stones.

Of course, the difference between those demonstrations and the ones we are seeing now is obvious. Those were grassroots demonstrations carried out by Americans who understood threats to liberty posed by government.

Today's demonstrations are AstroTurf elitist-funded and fueled riots that are drawing in useful idiot leftist (mostly) millennials and single-issue pro-baby-murder women from across the nation who know little about American civics and even less about liberty and who are advocating for totalitarian government intervention to throw our borders open to a host of Third World America-hating socialists and destroy liberty.

It seems as though there will never again be civil political discussions in America.

Even if you overlook the clashes between the two fascist forces — BLM/Antifa and the white supremacists, who are nothing more than an extreme but vocal minority — as fringe elements and not reflective of reality, all political discourse seemingly deteriorates quickly to calumny, contumely and vitriol, if not open conflict.

We are at a point where television pundits and deep state operatives call Donald Trump delusional and who continually questioned "his ability, his fitness to be" in office, while ignoring the seeming lack of mental acuity of the sitting president; when supporters of the opposition are "deplorable"; when right-leaning Hollywood actors "are very hesitant to speak out in support of Trump because they fear that they will never work again"; and where journalists condescend to conservatives, implying — if not stating outright — that conservatives are simply unthinking Neanderthals with single-digit IQs.

There is nothing new under the sun

So the question becomes, is this a new phenomenon? Are we experiencing something never before seen in American politics?

The short answer is no.

Our country was only a dozen years old when political divisions began rearing their head; mostly between the Alexander Hamilton faction of High Federalists and the Federalists and Jeffersonian Republicans.

The political differences taking front and center in the early days of the republic cost Thomas Jefferson many friends and opened rifts between him and other friends. One of them was John Adams.

Jefferson spoke of this in an 1808 letter to Richard M. Johnson, writing:

It has been a source of great pain to me to have met with so many among [my] opponents who had not the liberality to distinguish between political and social opposition; who transferred at once to the person, the hatred they bore to his political opinions.

Those conflicts sometimes resulted in duels. Let's hope cooler heads can prevail today. It's not looking likely... but America is still here, despite a history of political divisiveness. I can only hope we are enduring a harsh winter and that a spring thaw will come one day. Otherwise, another civil war seems likely.

Just because you cannot afford a home security system does not mean you can’t take steps to protect your home. If you’re financially strapped, these cost-efficient safety tactics should help deter intruders from entering your home.

The nearly 39 million people who live in apartments here in the US face special challenges when it comes to prepping. The primary one is space, both inside their apartment and outside. But there are other challenges to consider as well.

This isn’t to say that apartment dwellers shouldn’t prep, but rather that it takes looking at prepping in a slightly different way.

LEARN HOW YOU CAN STORE FOOD, SECURE YOUR LIVING AREA, AND COOK FOOD, EVEN IF YOUR LIVING SPACE IS LIMITED.

Making sure your family gets enough fresh fruits and veggies is a big part of a healthy diet, but produce can get pricey. Use these tools to find frugal picks 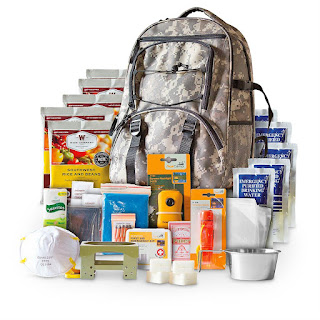 Email ThisBlogThis!Share to TwitterShare to FacebookShare to Pinterest
Labels: Dems are the party of hate and division

In God We Trust used to be our guiding philosophy-now, it's now 'Hate we must sew'

It's difficult to remain civil when encountering these anti-American rats!

What we really need is a damned civil war to get rid of the rats!