This will provide you with an entire pantry’s worth of supplies. Archeologists have found samples of this plant on ancient grinding stones dating back nearly 30,000 years. Can you guess what it is?

It is the simple cattail.


The “fluff” from the mature brown cattail heads can be used for:


·         Insulation for both clothing and mattresses, so if you’re caught outside in the winter, you can add cattail fluff for added insulation.


·         In the spring the new tender shoots off the main root can be peeled and eaten. The tender base of the stalks is also edible. It tastes like the tender white base of a spear of grass.


·         When the shoots reach about two or three feet above the water, these also can be peeled and eaten


There are two quick techniques that can be used to positively identify a plant as a cattail:


Summer or winter, the root is a prime source of starch.


When dried, the starch can be used as flour. It also contains gluten and can be used to make primitive bread.


·         You can wash off the dirt then roast it for an immediate source of food. Roast it until the outside is black and chew the inside for the starch. Do not eat the fibers. Your body will not be able to digest them.


·         You can peel the freshly harvested and washed root, then dry it, and pound out the starch, separating the starch from the fibers. Again, the fibers cannot be digested.


·         Another way to get to the starch is to take the washed and peeled root and break it apart in fresh, clean water. The fiber begins to pull away from the starch.


·         Once the fibers are out and all you have left is water on top and slurry on the bottom of your bowl, pour off the water and dry your slurry in the sun or near your fire.


The benefits of cattails do not stop with food. They have a myriad of other uses:


There is a grub that lives in cattail stalks. When you find one, use it for fish bait. Fish love them.


1.       The dry stalks are tough enough to use as arrow shafts and hand drills.


2.       The leaves can be woven into chair backs, matting, baskets, shelters, whatever you need a woven tough fabric to do for you.


3.    The dried seed heads on their stalks can be dipped into animal fat and burned like torches.


A pencil sharpener might not seem like something you should keep in your survival kit, but it's actually quite useful. The paper-thin shavings that you can make catch fire easily and make great tinder. 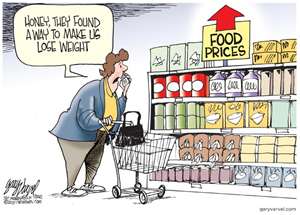 
Hardtack has had many different names throughout the years but its importance has never changed.


Hardtack has actually been around since the time of Egyptian Pharaohs, but if you have heard of it, you probably know it better from the Civil War period.


Hardtack is simple, it has three basic ingredients and takes roughly a 1/2 hour of cook time to prepare.


This is one of the most cost effective long term survival foods that you can make.


You can make hardtack almost identical to what sailors, troops, and pioneers have been eating by following this simple recipe:


Mix the flour, water and salt together, and make sure the mixture is fairly dry.


Then roll it out to about 1/2 inch thickness, and shape it into a rectangle. Cut it into 3×3 inch squares, and poke holes in both sides. Place on an un-greased cookie or baking sheet, and cook for 30 minutes per side at 375˚


As far as cooking goes, you are  done!


The next step is just to walk away.


You’ll want to let it dry and harden for a few days.


When it has roughly the consistency of a brick, it’s fully cured. Then simply store it in an airtight container or bucket.


To prepare for eating, soak it in water or milk for about 15 minutes, and then fry in a buttered skillet. You can eat it with cheese, soup or just plain with a dash of salt.

5 Colleges Where Your Kid Can Go To School for Free
College is pricey, but these institutions offer students a chance to earn a degree tuition-free.

If you are a Costco member, saving money is important to you. Here are some little known tricks that Costco uses and learning about them could help you save even more money. For example, look for prices that end in .97 -- that means the item has been reduced in price from Costco's regular price.

An ideal receptacle for storing a garden hose is a bushel basket.

With the public inauguration of Barack Obama Monday, it is important to note the American people that President Obama landed on our Top Ten Most Wanted Corrupt Politicians for 2012 - for the 6th year in a row!

Obama landed on the Top Ten list again because of his record of corruption over the past four years, including his illegal recess appointments, his record of encouraging illegal immigration by not enforcing the law, his appointment of unconstitutional czars, his secrecy over Benghazi, the bailouts, abusing the perks of office for luxury vacations for his family, and, of course, his personal involvement in the Solyndra scandal...


The bottom line is this: The federal government under Barack Obama is off the rails and out of control. And now, with Obama having been given the "flexibility" of a second term, it can only be expected to get worse.


On January 2nd of this year, President Obama signed the NDAA (National Defense Authorization Act) of 2013 into law, without any provisions to restore due process in the face of surviving sections of the 2012 NDAA that continue to threaten indefinite domestic military detention. While President Obama strongly criticized the bill that reached his desk, his criticism focused on congressional restrictions on the military’s authority to transfer Guantanamo detainees who had been cleared for release. As with prior laws that assault the Constitution, however, he ultimately signed the bill into law.

Three most important words to remember when being interrogated:  I don’t know!

The Parting Thought- the school ‘Cash for Kids’ program

Texas Schools Use RFID to Track Students to Get Money

The Northside Independent School District in San Antonio, Texas, is testing a half-million dollar RFID tracking and surveillance technology on 6,290 kids at two of their schools. They are not the first government school district to do this, which makes this a creeping trend taking root at the local level and could lead to bigger government.

If this trend spreads unhindered, it could indoctrinate generations of children and their families to accept federal surveillance without question. The sorry part is this scheme has nothing to do with improving education or safety, even though Northside attempted to throw those out as red herrings initially.


By the time the school year opened this fall, Northside district tossed out any pretext and admitted they're doing this for the money. Their website says:

"Through more efficient attendance management, schools can generate additional revenues by identifying students who are not in their seats during roll call but who are in the school and locate them."

They're coughing up $525,065 to test this at two schools, and spending another $136,000 per year to maintain and run it. In return, they think the RFID tracking and surveillance scheme can bring them 1.7 million in extra tax dollars through better attendance records and Medicaid reimbursements for busing special education students, admits Northside assistant superintendent for budget and finance, Steve Bassett.

The real pot of gold at the end of the tax rainbow is if they roll this out to all 112-district schools, and burden 100,000 students and their families with this tracking ploy.

According to PC World, "Unlike passive chips that transmit data only when scanned by a reader, these chips have batteries and broadcast a constant signal so they can track students' exact locations on school property, down to where they're sitting – whether it's at a desk, in a counselor's office, or on the toilet." [Experts have also brought up health concerns related to the radiation these IDs emit.]

"The program went live on October 1... students now must wear the new badges in a lanyard around their necks. Without the badge, a student can't access the library and cafeteria or buy tickets to extracurricular activities. The school district has threatened to suspend, fine, or involuntarily transfer students who refuse to wear them."

Here are the excuses that you may hear from defenders of these police state tactics:

With the extra money they can afford additional programs. Well, that's the least they can do. Unfortunately, positive correlations between money spent on education and stellar student achievement does not exist. As a nation, we've spent more and more money on elementary and secondary education since the 1960s. And we spend the second most on education out of all countries studied by the OECD, but have some of the lowest achievement records internationally. Like most government deeds, its "investments" aren't paying off.

Their humanity is not violated because treating children as assets is the same as treating employees as assets. Wrong. First, employer-employee relationships are voluntary, but school age education is compulsory. An educational draft of sorts. Second, the employer-employee work together to create a product for sale to the customer. Your child or grandchild is not the product; she is the customer (except in the eyes of government school bureaucrats). Education should be the product, not surveillance, or movement control, or better managed choke points.

Time to move your kids to a private or charter school!


The Poor Man offers one of the most useful collections of survival resources ever created.

After years of research and work we’ve narrowed it down and compiled the best into ONE easy CD ROM. PLUS we’re including a personal mini-survival kit with each order ($12.95 value) while supplies last and a subscription to our twice-weekly online newsletter (that includes more bonus reports upon subscribing including How to Survive the Coming Collapse – a $19.95 value. 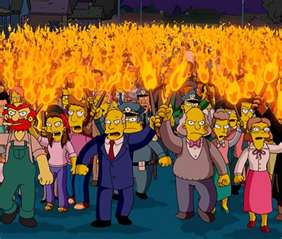 A Shallow Planet Production
Posted by Poor Man Survivor at 7:17 AM

Marvelous content-much better than most survival site as it offers a broader range of information and topics.