Harvest Rain-Snow Water, 23 Tips to Get out of Debt Now 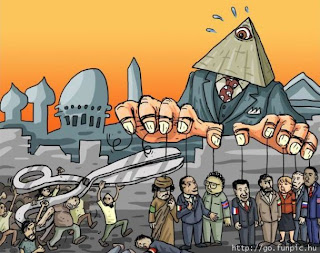 
2.      Tracking cash-how the TSA operates outside the law

In the confrontation between the stream and the rock, the stream always wins; not through strength, but through persistence.
- Buddha

Harvesting Rainwater and Snowmelt Is Simple and Effective...


Harvesting rainwater is sustainable and provides many rural communities around the world with both domestic and potable water. It's also something that's been practiced for over 4,000 years.


Establishing a rain (or snow) water harvesting system can improve your self-reliance in good times and bad. It's also a great way to cut costs and in most cases is more affordable than drilling or digging a well. In light of water shortages around world and a depreciating dollar, it can prove to be a prudent long-term investment. And in a true crisis, a gallon jug of clean water will prove to be a fantastic barter item.


One warning: some areas have weird laws about who "owns" the rain and snowmelt, Colorado and Oregon being two examples. In Oregon, for instance, state law says all water belongs to the government, and if you want "to divert or store it, you have to acquire a water right from the state," says Oregon Water Resources Department administrator Tom Paul.


A basic system is a relatively easy and quick way to get started. The main idea is to catch the rain as it runs off your roof and guide it into a container. Do not use water collected from a roof for human consumption unless you've sanitized it, but it's great for watering your roses, your survival vegetable garden, and your fruit trees.


On a 1,000 square feet roof, a rudimentary collection system can yield about 623 gallons of water from 1 inch of rain. With this basic system and following proper water conservation methods (i.e. fixing leaks, drip irrigation, etc.), you could have enough water for your garden, washing your car, water for animals, and more.


If you want to use your rainwater for drinking and cooking (and brushing your teeth), you'll want to add a few important steps to your system, or hire an expert to do it for you. As you can guess, these steps involve better filtration and purification so it's safe to drink.


In addition to the steps above, many who use rainwater for drinking also utilize:


Even if you're not planning on using your rainwater for drinking, or if your electricity goes down and your home water filtration system, such as the UV light and reverse osmosis, gets knocked offline, you may want to have a few back-ups ready:


Peanuts have more protein than tree nuts and just as much as fish, poultry and read meat (ounce for ounce)..they also contain a healthy batch of vitamins and minerals.


Four steps to determine whether your car is worth repairing.
read more here


What advice would you give to people who interested in starting want to prepping?

Start off with Federal Emergency Management Agency-suggested 72-hour kit, everyone can start that today. The second goal is to have a month’s supply of food and get everything ready you will need. Ultimately, have a year’s worth of supplies.


We never suggest tin or the kind of food you wouldn’t eat, like Spam. We suggest buying what you want and budget your preparations for food in such a way that you are buying those items in bulk or using coupons. We don’t want to see people pulling out their credit card and buying a year’s worth of food tomorrow. Use your budget to improve the food stores in your home.


Vinegar: Vinegar is excellent for making tasty salad dressings and sauces for everything from pasta to pork roast. But vinegar's usefulness goes way beyond that.

You can use vinegar to keep your home clean and sanitary. In any sort of a breakdown, hygiene and a clean home become more important than ever – it's the first line of defense against disease, which often follows in the wake of a disaster or social breakdown.

You can use vinegar to clean sink drains, to clear away mildew, and to deodorize just about anything.

You can make sure produce is safe to eat by washing it in a mix of vinegar and water. Adding four tablespoons of apple cider vinegar to a gallon of water makes a sanitizing wash that's good for fruits and vegetables – it will remove pesticides and nasty germs.

You can also use vinegar to treat mild ailments. Dabbing a cotton ball soaked in vinegar on minor burns or insect bites relieves pain and itching. Mix equal parts vinegar and honey and take a tablespoon every four hours to relieve a sore throat and cough. Vinegar is cheap and lasts a long time in storage. Stock up!


Tip of the Day: Is debt crushing you? Check out these 23 tips to get out of debt fast.

The American Revolution was against British gun control


The following excerpt of illuminating history of gun control in America is by David B. Kopel, Research Director, Independence Institute, and Adjunct Professor of Advanced Constitutional Law, Denver University, Sturm College of Law.


This Article reviews the British gun control program that precipitated the American Revolution: the 1774 import ban on firearms and gunpowder; the 1774-75 confiscations of firearms and gunpowder; and the use of violence to effectuate the confiscations. It was these events that changed a situation of political tension into a shooting war. Each of these British abuses provides insights into the scope of the modern Second Amendment.

Obama secretly signs warrantless phone surveillance law
(NaturalNews) Without fanfare, President Obama has reauthorized a law that allows the U.S. government to conduct surveillance on overseas activities of suspected spies and terrorists. The law, which has been around since the 1970s and is known as the...

Alexander Hamilton on Dianne Feinstein: People should 'rush to arms' to defend against representatives who 'betray their constituents'
(NaturalNews) U.S. Senator Dianne Feinstein is a traitor to America. In her own words, she openly explained that her goal was to take away all the guns from "Mr. and Mrs. America." ...

Create more space in your closet by installing a couple of towel bars on the back of the door; each bar can hold about three pairs of pants, wrinkle-free!

The Parting Thought- Outside the law

The newsletter Independent Living reports in its December 2011 issue that agents of the TSA (Transportation Security Administration) are running "checkpoints" to look for people carrying large amounts of cash. They are doing this at train stations, football stadiums and even on highways. There are reports that they question and even threaten people who have large amounts of cash.

You may recall the incident a few months ago when the TSA harassed a man for carrying $4700 in cash. When questioned, the passenger, Steve Bierfeldt, refused to acknowledge the TSA’s authority to question his transportation of any sum of cash, and offered to explain the money if the agents would name the law which authorized them to question him. And he secretly taped the whole interrogation with his phone.

The ACLU (American Civil Liberties Union) took up Bierfeldt’s cause and sued the agency. The TSA has subsequently changed its rules, informing its agents that “screening may not be conducted to detect evidence of crimes unrelated to transportation security” and that “large amounts of cash don’t qualify as suspicious for purposes of safety.” In light of the policy changes, the ACLU dropped its suit.

Until very recently, the TSA defended the purpose of its interrogation of Bierfeldt (if not the unprofessional conduct of the interrogation.) In April, Francine Kerner, the TSA’s chief counsel reiterated the notion that cash is effectively probably cause for further prying. On the TSA blog, she wrote: “When presented with a passenger carrying a large sum of money through the screening checkpoint, the TSA officer will frequently engage in dialog with the passenger to determine whether a referral to law-enforcement authorities is warranted.”

The change in policy is welcome. But TSA refuses to publish the actual policy and it’s unclear if they actually changed it.

TSA spokeswoman Lauren Gaches said the new “internal directives” are meant to ensure their screeners are consistent. She acknowledged the policy on large sums of cash had changed, but wouldn’t provide a copy of either document. She said the directives would not be released unless a Freedom Of Information Act request was submitted by the Washington Times [the newspaper that published the change in policy following the ACLU's press release.]

Karen Phillips, who was flying from New York’s JFK International Airport (JFK) to Las Vegas (LAS) for a long weekend bachelorette celebration. Karen wrote that she was pulled aside by a TSA Transportation Security Officer (TSO) and assumed it was due to her leaving her iPad in her bag. Rather than having her iPad removed the TSA TSO pulled out her bank envelope with US$6,000 in cash in it and proceeded to question why she was traveling with “such an extravagant amount of money.”

The second email comes from a doctor, who requested his name not be used, who is part of volunteer medical organization that brings medial aid to rural area in Central and South America. The doctor states that he passed through security and upon a search of his bag was questioned about traveling with US$25,000 in cash … despite producing a US Treasury FinCEN Form 105, that legally declares the currency he was traveling internationally with in excess of US$10,000.


The primary reasons for the TSA questioning passengers about cash are problematic in that TSA TSOs are not law enforcement and that cash is not a danger to travel or the “movement for people and commerce.”  So the fundamental question is “where in hell do they get off operating outside the law; where is the law they think they’re upholding?

A Shallow Planet Production
Posted by Poor Man Survivor at 6:25 AM

Email ThisBlogThis!Share to TwitterShare to FacebookShare to Pinterest
Labels: consumer freebies, get out of debt, harvest rainwater, peroxide, uses for vinegar, we need another revolution