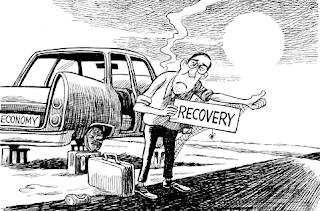 Family of Four Manages to Live Well on Just $14,000 Per Year

Solutions that help you get out debt…

Every three minutes another person falls behind on credit card and other debt.  It’s little wonder since every major credit card firm has nearly doubled the minimum monthly payment on consumer’s bills.  Federal regulators forced the change because of their concern about the growing mountain of consumer debt – more than $1.7 trillion!


On average the individual American has:

But it's not just debt weighing these people down. What's possibly worse is that they also have no clue how to generate wealth on their own.

In the years since the recession, the median household income in the U.S. has dropped to just over $50,000, while fixed costs like health care, higher education, and housing have only soared. Now imagine trying to support a family of four on a fraction of that income.

It's a reality that stay-at-home wife and mother of two, Danielle Wagasky, has lived for the last four years. And, perhaps a little surprisingly, she wouldn't have it any other way.

Wagasky, 28, lives with her her husband, Jason, 31, and their two young children in a three-bedroom family home in Las Vegas, Nevada. While Jason, a member of the U.S. Army, completes his undergraduate studies, the family's only source of income is the $14,000 annual cost of living allowance he receives under the G.I. Bill. Despite all odds, the family has barely any credit card debt, no car payment, and no mortgage to speak of.

What’s the fastest way to chop down debt fast?


How much do you know about your personal finances?


“Many Americans have made significant financial adjustments in their daily lives. Eighty percent say that they’ve been “forced to do more with less,” 73% have had to make unexpected changes, and 19% have sought some form of government assistance. Necessity has led 27% of respondents to pursue extra work. “

There's a ton of advice out there about money. Much of it is good; some of it is awful. But even good advice doesn't work for everybody. Learn everything you can about finances, and then make the best choice for you.

I’ve compiled a three CD program to show you how to get out of debt, how to make more money (developing additional circles of income) and how to manage a frugal but more fulfilling lifestyle for you and your family.

Yes, anything to do with money can be intimidating and stressful, but we're talking about your future here. It's time to take charge. You'll be happy to know it's not difficult.  Get the Poor Man’s Self Sufficiency program. I’ve made this extremely affordable by almost everyone and we’re now including a…

Do-It-Yourself Living Will Kit. Be prepared for the future with this Simple 1-2-3 Kit - a CD with forms for every state, plus 6 easy forms including a living will, durable power of attorney for health care, organ donation authorization, HIPAA Authorization Form, resource list and more. A $9.95 value!  This program will help you get out of debt, develop additional income sources, get a more secure future and live better! 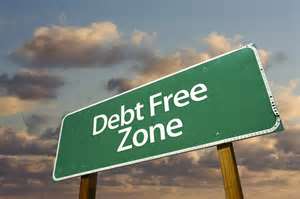 You’ll also get a free one-year subscription to our paid PMPrivate newsletter.  Our readers are given over $100 worth of books you can profit from each month and you’ll get our Financial Survival Report: How to Protect Your Family if the Dollar Collapses.  The bonus materials alone represent a $120 value.

This report is included on a 4th CD ROM in your package along with other useful resources including:  PM’s Guide to Things You Are Not Supposed to Know - (Just for fun)!

How to Beat a Drug Test


How to defeat a CCTV System


How to legally rig a jury


Basic Safeguards in case of an EMP event


How to beat surveillance


Open a bank account without a Social Security number


How to live on the street


How to make money clipping coupons


Get a 2nd passport-Become an Expatriate citizen


We sure live in uncertain times…high unemployment, stagnant wages, an out-of-control government, inflationary prices and more.  NOW is the time to order this program.

Soon we’ll be adding a program where you can earn $20 over and over again with no limit!