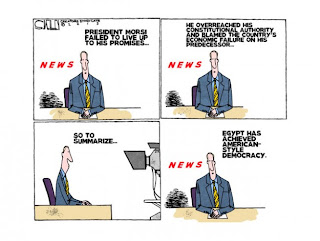 
"...Remembering that you're going to die is the
best way I know to avoid the trap that you have
something to lose. You are already naked.
There is no reason not to follow your heart..
Stay hungry. Stay foolish".
- Steve Jobs-

From The Frozen Dog Ranch Files


The Benefits of Buying Bulk Food


To help shoppers recognize the many benefits of bulk-buying, the Bulk is Green Council is calling on consumers to take the pledge to purchase foods from the bulk aisle once a week during Earth Month.


Bet You’ll Love: Everything You Need to Know About Buying in Bulk


If every American took the pledge and opted for bulk, we’d save more than 26 million pounds of packaging waste from landfills in the month of April alone, according to research conducted by the Bulk is Green Council in partnership with Portland State University.


To see how the savings break down, and snag a few tips to get you started on your bulk-buying revolution, visit the Love Bulk Foods challenge website.


Also, read their 9 baking ingredients you can make yourself…

Most of our financial ills date back to August 15th 1971…the day Nixon took us off the gold standard.  Our banking Ponzi scheme, deficit spending and fiscal irresponsibility took off in earnest after that.

When the crap really hits the fan…

The citizens start to take control themselves -

"Micro-communities" will form in your area and it's critical
you know how to "act" in these times.

Here are some tips for you...


1.  Monitor and actually join a newly-created group to


avoid being targeted as an outsider once they're formed.


(You've heard of "keep your friends close and your

2.  Keep quiet about your level of preparedness - say only
what you need to.

3.  Offer to help with SKILLS... but avoid openly giving
away your food or supplies.

4.  Avoid being the face of a new, unproven group.  Keep
your ego in check and don't plan on being the "new
world leader".  Walk softly.

Teaming up with others in a new "survival community" is a
process.


What Should that Car Repair Cost?

Most of us are not do-it-yourself car repair experts, so we tend to be at the mercy of the car repair shop. If you know the type of repair you need, AutoMD will give you a cost estimate for that repair, comparing the price at a dealership versus an independent car repair shop.

A new documentary called Captivated sums up a great deal wrong with American society. Additionally, a new study has come out detailing the threat of “digital dementia”. Both demonstrate the unhealthy obsession with television, computers and cell phone media, and how it is essentially dumbing down the average person and neutering the American male.

What do you do when you can't keep up with the bills?
read more here


Einstein is reported to have said the definition of insanity is doing the same thing over and over again but expecting different results.  So why does the American public continually re-elect the same socialists into office over and over again?  Are they that stupid?


The Nanny State-We love our government


America Under Attack by its Own Leaders…


“You would think the last thing any president would do while his nation struggles to come out of a long recession would be to jeopardize it with a whole new raft of utterly pointless regulation and wasteful government expenditure.”  >>James Delingole of the Telegraph


Avoid foot blisters by spraying a little antiperspirant on your feet before hiking a long way. 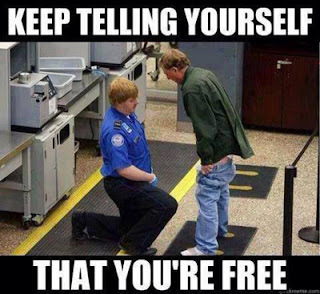 The Parting Thought – Not to worry in the land of the free!


"All government is a conspiracy against the superior man: Its one permanent object is to oppress him and cripple him... The ideal government of all reflective men... is one which barely escapes being no government at all."


There is an unparalleled spirit of lawlessness behind all the Obama scandals and it is leading to an outcome far worse than most people will believe.  The billion dollar NSA spy center in Utah, government tracking of Americans aided by the likes of Yahoo, Microsoft, Google, Facebook and others is just the tip of the iceberg – Most Americans seem oblivious!

What Will Spark the Coming Revolution in America?

Can a country ruled by a bipartisan establishment favoring secret policies enabling pervasive surveillance, arbitrary detention, and even outright assassination—all available to the government without judicial checks and balances—be accurately described as “free”?

Our government is preparing for it – Are you?

People don’t revolt just because times are bad. Bad times have written perilous chapters in the history of every economy … yet, revolution is comparatively rare. No, people revolt when times seem hopeless, when populations feel so cheated by government’s actions or inactions that the risk of losing everything for standing against authority seems but a minor concession.

We have not breached hopelessness in America – not yet.

But many of us do feel cheated, and increasingly so. The governments we have elected over the past two decades have done more to divide our country, to rob us of our patrimony, to usurp our liberties and freedoms and to encourage a level of dependence among the people than any previous American governments in power.

Today, we find ourselves in precarious circumstances in our country, though like the ostrich, most of us – including far, far too many in D.C. – have our heads in the sand. We have accumulated a level of debt that is double the world’s entire GDP, and we have no hope – ever – of repaying that sum. One out of every six Americans now lives in poverty. That’s higher than in the 1960s, when LBJ launched his famous (if not failed) War on Poverty. Half of our country, according to the Census Bureau, is either “poor” or “low income” – a sad irony in a country that trumpets the abundance of wealth and opportunity that theoretically exists from sea to shining sea. One-third of the nation is enrolled in at least one of the country’s welfare programs (and that doesn’t include Social Security or Medicare). Our educational system – focused so archaically on rote memorization, teaching questionably useful standardized tests and protecting ill-qualified but unionized teachers – barely squeaks into the top 20, globally.

Even those, though, are not the flashpoints of revolution.

They are symptoms of multiple and systemic cancers metastasizing across the economy, with government as the incubator.

The Flashpoints of Revolution Here at Home


We have systemic joblessness in America. Though the Obama administration crows about job creation, in the more than three years since the Great Recession’s end, we have yet to recoup the nearly nine million jobs lost between 2007 and 2009. Many will never come back because technology has made them redundant. And those that are returning highlight one of the reasons revolutions arise: economic desperation.

During the Great Recession, 60% of the job losses occurred in the middle-income ranks. Yet, 60% of the jobs that have returned have come in the low-income ranks. Worse, the labor participation rate of America’s youth – those aged 16 to 24 – is at its lowest level since, at least, the 1970s. Obama’s America, thus, is breeding economic desperation as middle-income families struggle to reclaim a lifestyle they once knew and as easily agitated youth with little to lose find that America has too few jobs for them.

That is a flashpoint.

So, too, is the systemic and expanding welfare mentality that has infected our government and too many of our people.

D.C. now operates roughly 185 means-tested welfare programs, funded by both federal and state taxes. Projections for 2013 show that all those programs combined will cost Americans nearly $1 trillion, equal to 26% of Washington’s spending plans – and that’s before accounting for ObamaCare’s massive costs. By some estimates, America now spends nearly $17,000 each year, per person in poverty. That’s four times the amount the Census Bureau estimates is necessary to lift ever poor Americans out of poverty.

Politicians and journalists conveniently ignore the size of the welfare spending that is already happening in our country and, instead, aim to shame Americans into accepting an ever-more expansive, ever-more expensive welfare system as they try to goad our country toward a more-socialist model.

As taxpayers, however, we can only dig so deep. States, which are responsible for roughly a quarter of the annual welfare tab, can only tax their citizens so much before each state’s federal welfare-spending requirements drastically impinge on the ability of local lawmakers to fund local services. As welfare programs expand in coming years – and as ObamaCare imposes costs on the system that taxpayers must fund – economic desperation will root broadly.

Those funding the taxes will – rightly – revolt against a system that consumes too much of their pay … and those receiving the benefits will counter-revolt to protect the stability of their unearned lifestyle.


Let me be clear … I am not calling for revolution in America. No one would. As Chairman Mao once quipped: “A revolution is not a dinner party … [it] is an insurrection, an act of violence by which one class overthrows another.”

Yet, our path to revolution – or, at least, the flashpoints that historically have fomented history’s most-significant revolutions – seems crystalline.

People will say, I am certain, that revolution cannot happen in modern America. But modern America is rife with simmering discord. Some of it boiled over in the Occupy Movement, some in the bitter struggle over egregious unionism in Wisconsin and some in the Tea Party’s rise to influence – movements that span political ideologies.

As Americans, we like to think of ourselves as “exceptional.” But save for a historically brief period between 1941 and 1999 – the beginning of our finest hour as a nation, and the beginning of the end of our economic power – we are not. We are susceptible to the same emotions roiling governments the world over – and the flashpoints of discontent are clearly visible here at home.

Our revolution is coming.

Much of what the Poor Man does is to promote the concepts of self-reliance, a voluntary society and economic independence -- writing articles, giving talks, maintaining blogs and an educational website -- he does for free. Donations made to support him in these efforts are much appreciated. 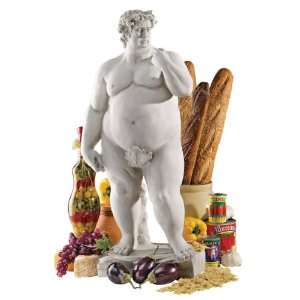 A Shallow Planet Production
Posted by Poor Man Survivor at 7:04 AM

Just love it (content and you always post such great images) but you're right the average citizen doesn't care, hell, most them can't even read!