Are You Still a Middle Class Citizen? DIY Economist Tools You Can Use 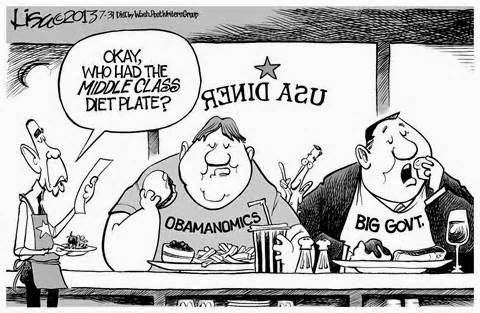 
The Middle Class, once the symbol of America, is being decimated.  I’ve been sounding the alarm about the negative effect the Washington-Wall Street Cartel has had since 1987.   I first warned about how the off-shoring of US jobs, led by General Electric, would harm America and was denounced for my efforts in the business press.


Most are starting to realize that life as we have come to know it is going to change dramatically in the very near future. The manipulation of financial markets, the fabrication of economic figures, and the mobilization (Read: Militarization) of government on all levels has fostered a queasy environment for many who follow such trends.  I want to share some of the indicators I and others review for economic signs of problems…


News pundits like Bill O’Reilly, pooh-pooh the income gap but the reality is more dire than many suspect.

According to a brand new CNN poll, 59 percent of Americans believe that it has become impossible for most people to achieve the American Dream…

Economy rebounds, but percentage of working-age people with jobs stays flat at 6 out of 10…

The "average" American worker earns about $44,000 per year and saves around 4% of his income. And the "average" household has a net worth of approximately $710,000, including the value of homes, investments, bank accounts and so on. But many Americans, needless to say, fall well below those benchmarks, which fail to capture widespread financial distress. 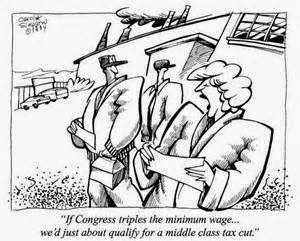 
This may help explain why the economy seems to be gaining strength — on paper — yet millions of ordinary people feel like they’re falling behind. Americans’ total net worth, for instance, recently hit a new high of $81.8 trillion, thanks to a five-year stock market rally and the gradual restoration of home equity lost during a six-year housing bust. Yet consumer spending remains tepid, home buyers seem to be hibernating and an alarming portion of adults aren’t even looking for work. Polls show widespread pessimism that’s out of sync with an economy supposedly heading into its fifth year of expansion.

The homeownership rate has been declining since 2004 and now stands at 65%; some economists expect it to keep falling.


There are many tools economists use to estimate our economic vitality.  The problem is, the majority of what they look at come from the government.  Ironically, if businesses kept their books in the same manner as the government, they’d be in jail for keeping funny books.


An imbalance between rich and poor is the oldest and most fatal ailment of all republics."
-- Plutarch


Here are some of the tools used…


For the past several years, oil has been trading around the $90/barrel price.  It is currently at about $102.  While not yet in the danger zone, we need to watch this one more closely.


If the price of light sweet crude oil stays above $120/barrel then you have only a few months before a major financial crisis unfolds. Our nation is an oil based economy and our dollar is often called the petrol-dollar because of its world wide use in trade…something which will not last much longer.


Find current crude oil prices at the Kitco.com site. Look on the left sidebar a bit lower on the page [the Kitco website has a good summary of other prices as gold, silver, US dollar index, etc.].


Look for patterns. Predicting the future is all about understanding patterns and cycles in life. 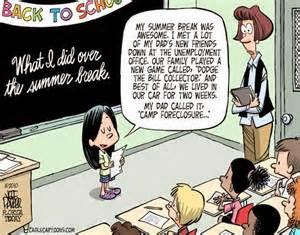 Nothing Destroys a Currency Faster than lack of faith…


International investors always seek safe harbors for investment.  The United States has held that position for decades but what happens if that faith gets shaky, say when your spending power has been reduced by 40% in the last 10 years?


Q: Which one of our natural resources will become exhausted first?
A: The Taxpayer.


There is a direct correlation between rioting and the cost of food. It is a very simple principle – when people can’t afford to eat, they revolt.


Food prices go up (it is easy to see shrinking food packages at your supermarket) due to high fuel prices, drought, livestock disease, natural disasters and government mismanagement.

Those revolutions were predictable. Here is a detailed article with research and mathematical models of how food prices are related to rioting:

The level of hunger and desperation in the United States has increased in recent years indicated by the increasing numbers of people on food stamps and increasing strain on local food banks.  According to www.FeedingAmerica.org, 1 in 6 Americans are dealing with hunger…. We are approaching conditions for civil unrest and revolt here in the United States.


Five questions are asked of a random sampling of 5,000 individuals, of whom about 3,500 respond. The survey asks their thoughts and feelings about business conditions, the labor market, consumer spending and economic growth, and their financial and employment expectations six months into the future. Each question can be assigned three opinions: positive, negative and neutral.

Why is it important?
This statistic is a leading indicator of consumer spending-consumers are more inclined to spend money when they are feeling confident about their financial and employment prospects.

Where does the data come from?
The Conference Board's Consumer Research Center releases the data monthly on the last Tuesday of each month.

Where to find on-line:
http://www.conference-board.org/data/consumerconfidence.cfm


What is it? A gauge of the public's confidence about the health of the U.S. economy that reflects the public's optimism/pessimism and the nation's mood.


Housing construction has been meaningfully additive to overall U.S. GDP in virtually every economic expansion cycle on record. Moreover, sales of home furnishings, appliances, landscaping, and gardening equipment, etc. have contributed to expansion in consumer spending, the largest singular component of U.S. GDP. And maybe most importantly, residential real estate investment has been a key wealth-generation asset for the middle and lower classes for decades.


Residential housing has typically been purchased with leverage that has been paid down over time accompanied by a commensurate increase in household equity as homeowner’s age and mortgages are paid off.  Particularly for the middle and lower classes, residential real estate investment has been the single largest contributor to net worth expansion of any household investment asset class. 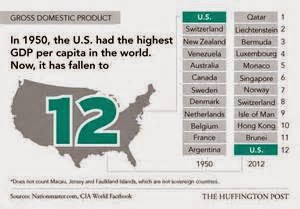 
Employment data is based on a survey of 300,000 establishments across 600 industries, which account for approximately one-third of all payroll employees. Industries include retail trade, manufacturing and construction. CES provides details on numbers of hours worked and earnings of all surveyed across the nation.  These numbers are almost always suspect or flawed.

The "employed" are defined as all full- and part-time workers and temporary and intermittent employees who received pay for the cited period. It includes those on paid vacation or sick leave, and excludes business proprietors, self-employed, unpaid family members and volunteers.

Why is it important?
This is the earliest indicator of economic trends released each month. Employment rates indicate the well-being of the economy and labor force. Changes in wages point to earnings trends and related labor costs. Economists focus on the monthly change in total non-farm payrolls and in which sectors jobs were gained or lost.

Interesting trends can also be derived from the payroll data, such as the average number of hours per week worked and the average hourly earnings. This data gives an indication of how tight the labor market is—tight labor markets can translate into wage inflation.

Where does the data come from?
The U.S. Department of Labor's Bureau of Labor Statistics releases the data monthly, usually on the first Friday following the reference month, but always within the first 10 days after month-end.

Where to find on-line:
www.bls.gov/ces/home.htm


What is it? CES provides comprehensive data on national employment, unemployment and wages and earnings data across all non-agriculture industries, including all civilian government workers. Information is disseminated in many different ways-for example, employment/unemployment rates among men and women, varied ethnic groups and teens. 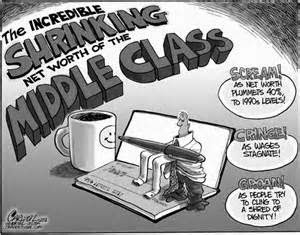 Why is it important?
The numbers measure consumers' personal consumption across retail industries and track growth or deceleration of personal consumption spending, which makes up approximately two-thirds of the annual U.S. GDP. Analysts use the data to help track consumer spending trends and forecast the direction and magnitude of future spending. Automobile sales are separated from the data because of their volatility, which can sometimes obscure the underlying pattern of spending.

Where does it come from?
The U.S. Department of Commerce's U.S. Census Bureau releases the data monthly, during the second week of each month.


Where to find on-line:
www.census.gov/cgi-bin/briefroom/BriefRm


Manufacturing and Trade Inventories and Sales


Why is it important?
This data set is the primary source of information on the state of business inventories and business sales. Inventory rates often provide clues about the growth or contraction of the economy. A growth in business inventories may mean sales are slow and the economy's rate of growth is also slowing. If sales are slowing, businesses may be forced to cut production of goods, and that can eventually translate into inventory reductions.

Where does the data come from?
The U.S. Department of Commerce's U.S. Census Bureau releases the data monthly, approximately six weeks after the end of the subject month.


Where to find on-line:
www.census.gov/cgi-bin/briefroom/BriefRm


There are many other tools and reporting agencies that investors and economists use for their analysis.  Personally, I enjoy ShadowStats.com  [they offer a free and paid version].  One easy way to measure our fiscal health is to look at the earnings statements of WalMart.  Recent reports and statements indicate consumer buying patterns are heavily dependent on government benefits [food stamps, Social Security checks, etc.]


Most households simply look at how much their grocery and gas bill was that week and they know the cost of living is going up and up!


In the end, political greed, kicking the can down the street, short sighted solutions and a self destructive nature are the usual causes of societal collapse.  Many believe that is the path our nation is on.  What do you think?


My bank lets me send a text message and it'll text back with my balance. It's a cool feature but I didn't think the LOL was necessary.


The solutions to surviving the war on the Middle Class can be found in our new e-book.


Discover life-saving ways in which you can survive and prosper during The End of the Monetary System As We Know It. This is the information that your financial advisor, your doctor, your police precinct and your government hope you never discover…plus learn how food is your best investment!