The Myth of Being a Public Servant

"When it becomes dominated by a collectivist creed,
democracy will inevitably destroy itself."
-- Friedrich August von Hayek
(1899-1992), Nobel Laureate of Economic Sciences

The Myth of Being a Public Servant

The older I get the more convinced I am that our government has become a branch office of multinational corporations which have no loyalties or care about the common good.  They no longer uphold the social contract we all once had.

Politicians such as the Clintons scramble for whatever office they can get in order to feed at the public trough of benefits, contacts and wealth.  There are too many so-called public servants who have been office too long.  We have term limits for the presidency and most governorships, the same should apply to all political offices at the federal level.

If a person has been in a federal office since the internet was created, it is time to retire.  These old timers have most often led to the bankrupting of this nation, eroding our rights and damaging our international reputation.


Whether you are Democrat or Republican today most serve corporations and not the common good. We have to take back our government by closing the revolving door and demanding only true public servants are allowed to take office.

Most Americans are tired of the empty promises put forth by members of the various political dynasty families such as the Bush’s, Clintons and others of their ilk.

Most of us are tired of having a non-government group of bankers called the FED control our currency and treasury, conveniently putting us into debt…a sound money system would start with the elimination of these bankers.

Over the past five years I have spent thousands of hours studying the coming economic collapse.  In my articles you can find tens of thousands of facts and statistics that prove that the U.S. economy is hurtling toward oblivion and a large percentage of politicians in Congress are self serving.

$40,000,000 – More than 40 million dollars has been spent just on vacations for Barack Obama and his family since he has been in the White House.

$18,031,021,541,347.52 – The current size of the U.S. national debt.  It increased by more than a trillion dollars during the fiscal year that ended a few months ago, and it is on pace to approximately double during Obama’s eight years in the White House.


$40,000,000,000,000 – There are five “too big to fail” banks in the United States that each have more than 40 TRILLION dollars worth of exposure to derivatives.  This is a “sword of Damocles” that could destroy our financial system and our entire economy at any time.  Let’s just hope that it does not happen in 2015.

It is not always the most pleasant thing to write about, but it is the truth and my predictions are more often correct than wrong.


Anyone with half a brain should be able to see that the “too big to fail” banks are being extraordinarily reckless and Congress just passed a budget which gives them another FREE PASS at the expense of the taxpayer.  It is obvious that our formerly great manufacturing cities, such as Detroit [which has endured 50 plus years of Democratic rule/ruin] are being transformed into crime-infested hellholes.

We’ve witnessed firsthand that our middle class is dying.  Anyone with half a brain should be able to see that the exact same patterns that led up to the great financial crisis of 2008 are happening again.


We cannot continue to consume far more wealth than we produce as a nation indefinitely.


The increasingly socialist policies of our president and his incredibly foolish decisions he and other politicians have made did nothing except put us on the road to disaster.

Even the dullards among us can see how the anti-citizen set of laws misnamed ‘the Patriot Act’ has all but destroyed our privacy and eroded our Bill of Rights, while helping to further bankrupt our treasury with its costs.  Congress has spent so much on its wars that we’ve allowed our national infrastructure to erode to the point where many cities now resemble third-world nations.

The real terrorists and traitors in this nation hide under the guise of bureaucrat or politicians who are only interested in feathering their own nest.

We have term limits for most offices, why not for those in Congress?  If you've been in office since before the internet was created, it is time to retire as your generation helped create the mess our nation is in! 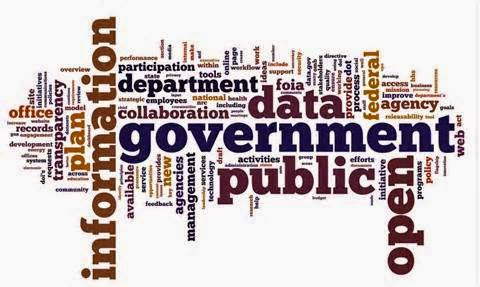 "What is a left-wing socialist but a Marxist without a gun?"
-- Don Feder


Submitted for your consideration…Bruce ‘the Muckraker’

The Storefront You Should Visit in order to support our effort

Posted by Poor Man Survivor at 8:21 AM