Life in America-After Tyranny is Eradicated 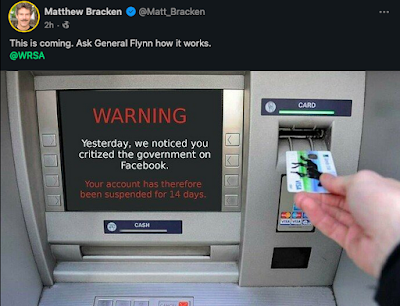 Life after the state will be good!

Let's face the facts — America is in serious trouble. But you're not going to get the real story on the evening news. What you will hear is that there is "misinformation" out there, which Washington wants you to think is a threat to America.

There is no threat.

"Misinformation" is clearly an excuse to stop communication among people as the system collapses, and the government can't sell its bonds and funnel people into the death care system. It is desperation, but dangerous. It is merely a bogeyman to invoke more control.

The Internet has exposed the crisis, and crisis speeds up events when widely known. A free Internet is plainly a serious threat to government tyranny. All governments turn on their own people in their final days in order to retain power. Those who can't see this or can't believe it had better assume it and protect what they have before it's too late.

Recall that even years after his death, the Roman Senate continued to cry "Hannibal is at the gates," using the peoples' fear of Hannibal exactly as the U.S. government and its lapdog politicians today use the myths of terrorism and misinformation. We are sacrificing liberty because of created, imagined threats.

"The State is god walking on earth."
-George WF Hegel

But Hannibal is not the enemy. The enemy comes from within. The Feds are tracking everything. This is not fear or scare talk. If you have been reading beyond the controlled media, you know very well the seriousness of the situation.

The time is coming very soon when financial assets will not legally be able to leave the United States. The door is fast closing. Something Americans don't understand: There can be no free society once the government has granted itself the power to confiscate property, imprison people under any pretext (or without a pretext) and without charge. This is now true in America.

Is there any good news? Absolutely! But first we have to go through the fire of economic and social upheaval. When will it happen? No one knows, but it could happen at any time.

The U.S. government is currently inflating the currency away. We can expect at least one big, unannounced devaluation until it is done. Devaluation is default. Then there will have to be a new currency. Many people believe it's prepared for a return to a gold standard.

But the old regime that ruined America must go, to be replaced with new statesmen with limited Congressional terms. Now what can we expect in life after the state? In his book Welcome To Life After The State, author Dominic Frisby writes: "As states collapse, now happening, there will be no wars, no taxation, no vast paperwork, no passports, no waste, no debt, no inflation. No wealth and power concentrated in the hands of a few. No needless regulation. The tyranny of the bureaucrats gone. No trade restrictions, customs, duties or other barriers to trade." The following is quoted from pages 230 and 231 of his book:

There is no more war on drugs and no more laws ruining drug users' lives. As a consequence of these libertarian principles, the way that people think and act is transformed. Societies are motivated and incentivized in an entirely different, natural way. This is mass behavioral change. What could result is the most prosperous, peaceful, harmonious, safe, responsible, caring, compassionate, educated, healthy, innovative, inventive, happy, fulfilled, truthful, honorable and free society in history.

"The liberties of our country, the freedom of our civil constitution, are worth defending against all hazards: And it is our duty to defend them against all attacks."
-Samuel Adams

It's a natural state for humans to long for freedom. The powers-that-shouldn't-be want you to think that the state will grant you and afford you all of the above. But only in life after the state are we truly free.

In the meantime, during this time of economic and social crisis, we will need to be self-sufficient in the extreme, something few Americans understand.

America is a land of plenty and Americans are used to having plenty — plenty of food, plenty of water, plenty of everything. Most of them can't imagine not being able to go to the store to get food of some sort. A preparedness mindset truly takes vision and planning for the future, especially now. 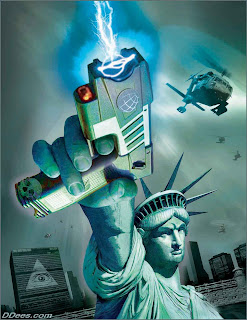 On Top Of Everything Else, Could We Potentially See 2 Major Wars Start Before The End Of The Year?

AGENDA is the most powerful expose of the communist, socialist, progressive attempt to take over America produced so far.

We have gone from a nation that took great pride in being a model of a representative democracy to being a model of how to persuade a freedom-loving people to march in lockstep with a police state.

Our losses are mounting with every passing day.

What began with the post-9/11 passage of the USA Patriot Act  has snowballed into the eradication of every vital safeguard against government overreach, corruption and abuse.

20 Years of Government-Sponsored Tyranny: The Rise of the Security-Industrial Complex from 9/11 to COVID-19

WOKEISM – THE NEW RELIGION OF THE WEST

Every drop of water you’ve ever drunk, swam in, bathed in, or watered your plants with was once a drop of rain falling from a cloud. Of course, those drops of water were probably purified at your local water treatment plant.

But what if the treatment plant shuts down due to a major disaster? Is it safe to harvest rainwater and drink it? The answer is yes, but you have to do it right.

Instead of placing a thousand cups out in a rainstorm, you should build your very own rainwater harvesting system. This system collects rain and stores it safely for you to drink at your convenience. For sustainability and economic purposes, harvesting rainwater is an ability any long-term prepper should have...

​How To Harvest And Drink Rainwater

​8 Mistakes To Avoid When Collecting Rainwater 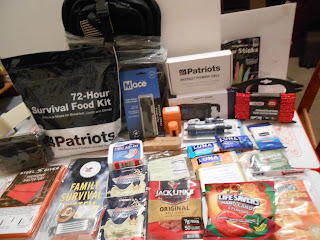 Are their enough real Americans willing to make a stand against the commie regime invasion?

DC rats are sticking a knife into our collective backs-they're the real domestic terrorists.