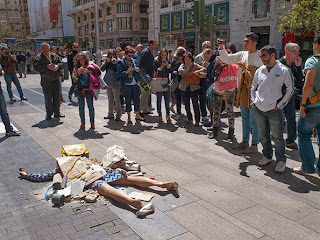 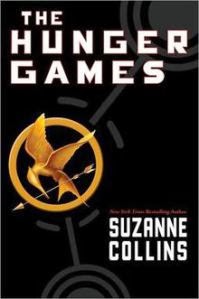 
The Hunger Games” represents a wildly popular trilogy of science fictions books aimed at first toward the Teen and young adult market, but then becoming popular with the “adult” market as well. It has become a very popular movie trilogy; the second installment was released in November, with the final film next year. A synopsis is a dystopian North America of the future and a country named “Panem”.

The narrator is a 16 year old girl named Katniss Evergreen, living in District 12. Panem consists of twelve districts, rigidly controlled by a central government located “The Capital”, a city of wealth and great technological advancement. Each of the other districts are dedicated to particular industry’s and the people of each are kept at a subsistence level of life. There is little hope for the future and brutal retribution for disobeying the “The Capital’s” edicts. We are told that there had been a revolution some 70 years before that was brutally repressed and ultimately failed.

As a reminder of the futility of revolution, each year there is a lavish production made for TV of a gladiatorial conflict and called “The Hunger Games.” From each of the 12 districts two young people are chosen randomly to fight to the death. Each district sends a male and a female. The ultimate winner (survivor) is gives a life of wealth, luxury and status. The “Game” is set up in such a way that each of the contestants tries to compete for the affections of those privileged to be citizens of “The Capital”. These elite citizens can spend exorbitant sums of money to send aid to the contestants of their choice to try to ensure their survival. The “Game” is further rigged by the “Gamekeeper” in ways that tend to favor some contestants, so ultimately the contests are deadly shams.

Their purpose is to show the 12 districts the punishment that will be meted out should they ever again disobey “The Capital”, the futility of resistance and also to supply hope that one could survive the games to attain the benefits of a privileged citizen.

I’ve read the entire trilogy and last month saw the second of the three films “Catching Fire”. While the books have a few logical flaws, their use of the viewpoint of Katniss as narrator makes it a brilliantly emotional read. The movies translation of the books is superb and I must admit that I’ve shed many tears while experiencing both. The book’s author “Suzanne Collins” has said:


“ that the inspiration for The Hunger Games came from channel surfing on television. On one channel she observed people competing on a reality show and on another she saw footage of the invasion of Iraq. The two "began to blur in this very unsettling way" and the idea for the book was formed.

The Greek myth of Theseus served as a major basis for the story, with Collins describing Katniss as a futuristic Theseus, and Roman gladiatorial games provided the framework. The sense of loss that Collins developed through her father's service in the Vietnam War was also an influence on the story, with Katniss having lost her father at age 11, five years before the story begins.[3] Collins stated that the deaths of young characters and other "dark passages" were the most difficult parts of the book to write…

At the end of this guest blog I’ll provide links for those interested in further exploring the phenomenon of “The Hunger Games”, but now I want to delve into the metaphor that this series presents about our life today in America, because I see parallels to our current American crisis.

Last night I watched the season conclusion of the popular TV contest/reality/singing show “The X Factor” and as I drifted off to sleep the idea for this piece began to form in my mind. While we are nowhere yet near the widespread poverty and misery of “Panem”, our America has been lately displaying the signs of a possible “Panem-like” future and I can see the signs in much of the “reality” programming that now pervade our televisions. Please let me explain. Read more of this post 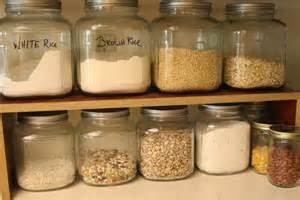 A Guide to Organic Foods & Raw Foods: You Are What You Eat

*Some files are in Zip format with images in separate file

Learn How to Make Your Own Knife

How to Make Specialized Weapons

Disguised Weapons- Another Free download from the Poor Man

Top 10 Best (and Real) Work-at-Home Jobs and Careers
Telecommuting has expanded rapidly, making a wide range of jobs just a mouse click away


A bargain isn't a bargain unless it's something you need…

There are some pretty great resources here. Is there a way I can follow you on Pinterest? I am really visual and it helps to see this kind of stuff in that format.

I too enjoyed The Hunger Games, and I'm pretty stoked on how many people have been taking up archery because of it. A lot of folks still don't get it, but at least they have been exposed to it right? I think my biggest take away from the books was that no matter what happened to Katniss and no matter how many people tried to use her as a poster girl for or against their cause she was able to remain herself. While the love of a nation is a really great cause, the most important cause of all is personal freedom. It is the only thing worth dying for.