How Does a Solar Phone Charger Work?

As the name implies, your solar cell phone charger will rely on the sun’s energy to power your phone, particles of energy that can break electrons free to create energy. Within a solar phone charger, silicon encases such electrons that turn into an electric field with exposure to the sun.


With a power source inside, the solar phone charger fills its internal battery with power — in other words, it doesn’t directly charge your device. Instead, you’ll plug your phone into the charger with a USB cable and use its battery to replenish a cell phone or any other small device that needs some juice.

Why Should I Get a Solar Phone Charger?

Obviously, your solar cell phone charger makes it possible to trek deep into the wilderness and retain access to your smartphone. You just need to find a clearing where you have access to sunlight, spread out the panel that absorbs the sun’s rays and relax while your charger recharges.


To that end, solar chargers don’t require any sort of energy source other than the light from our biggest star. They create no emissions, making them environmentally friendly. And, you can toss it into your bag and carry it along with you on a hike or camping trip. Along with your best boots, sunscreen and moisture-wicking gear, it’s an essential item to pack when you’re on a long-haul trek, such as one through the Grand Canyon. This location is a prime example of where you’d get great use out of your solar charger, too, since the Grand Canyon sees plenty of sunshine year-round.


Ultimately, the main draws of solar charging are these two: it’s better for the environment, and it’s a portable option for outdoorsy people.

In reviewing the inner-workings of a solar phone charger and all of the benefits that such an accessory can have, you’re probably ready to add one to your collection of must-have devices. And, with that, you’re prepared for power outages, camping trips, household energy efficiency… it’s all yours with a smart piece of solar technology.


Pick up a Patriot Solar charger from our storefront or via our eBay post-see below for links. 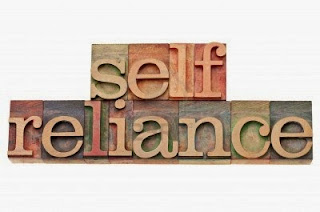 How to Hotwire a Car

In a survival situation, you’ll need transportation. Maybe you got jumped and lost your keys, or you were running for your life and they fell down a storm drain. Perhaps your car just ran out of gas. Whatever the reason, …


A lot of you are probably thinking, "No way." At one point in time, you would have been right. But like other technologies, firearms continue to improve and you can now get high-quality rifles, pistols, and shotguns for affordable prices. You just have to know what to get.


Let’s talk about how you can build an urban survival armory for less than a grand...


PVC is one of the most useful items you can have on hand, whether you're a prepper or a homesteader or just someone with a house. PVC (short for polyvinyl chloride) is strong, durable, lightweight, and affordable. And it's not just used for plumbing.


If you're clever, you'll be able to find lots of uses for PVC pipe. Sensible Prepper, a very clever guy, came up with 17 survival uses for it. Some of these might surprise you.

The first winter in my new home delivered a snowstorm of epic proportions. I'm talking ten-foot snowdrifts and downed trees everywhere. We were snowed in for five long days, and there was no way to get to the grocery store.


Thankfully, we keep a small stockpile of food on hand which is more than enough to see us through any short-term emergency. So during that snowstorm, we ate well! Other than missing a little milk and ice cream, we barely noticed a change in our meal patterns. Food storage works when you have a plan and use it.


Companies such as ThriveLife offer great tasting, healthy freeze-dried foods that will last many years. Other companies offer prepackaged, bulk items to keep on hand for any major or minor catastrophe. And MRE’s are easy to store and easy to use when the power is out...


How To Stockpile Food On A Tight Budget


We manufacture a series of easy-to-install "Narrow-Profile" deep-well pumps, engineered to install in the well alongside your existing electric water well pump system. All of our manual well water pumps can be permanently installed for daily use, or stored and ready for loss of power


We have a few RTIC brand cooling food canisters in stock. These canisters are just as good as Yetis…Limited quantity [also available in 17 0z. size]


Get your own personal, “mobile” solar backup power generating system:

Posted by Poor Man Survivor at 8:15 AM

Hoo man-lots of goodies in this one & by the way, thanks for the charger we purchased; it is working great.

I've got a ton of PVC in our shed-now I use it up! Love this stuff.