In wake of crisis and looting-Dems want to disarm Americans 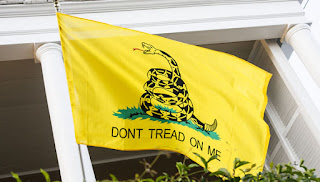 Authoritarianism, or criminal government, can never feel free from fear as long as millions of people own guns, hence the long-term effort to disarm us.

Almost all national politicians want Americans completely disarmed, even if few admit it, though they have done all possible to impress upon the public mind that private arms possession for any reason is un-American and not in the "public interest" because guns are "dangerous." Their debate is twisted nonsense, but people believe it.

The politicians realize that mass forced confiscation will not work. It would result in the deaths of thousands of federal agents, if they could find enough of them to attempt such a thing. Nor have efforts at soft confiscation — requiring self-reporting and voluntary surrender of arms and accessories suddenly deemed illegal — been anything more than marginally successful in recent years.

The truth is, the local sheriffs, rank-and-file police and military members are by-and-large pro-gun. Listen to Polk County (Florida) Sherriff Grady Judd's message for those who would come to his town to riot and loot, rather than peacefully protest the killing of George Floyd by a now-former police officer:

"I would tell them, if you value your life, they probably shouldn't do that in Polk County. Because the people of Polk County like guns, they have guns, I encourage them to own guns, and they're going to be in their homes tonight with their guns loaded, and if you try to break into their homes to steal, to set fires, I'm highly recommending they blow you back out of the house with their guns."

The families and friends of the police and military are pro-gun as well. Many do indeed exercise their rights, and conceal carry their firearms using this Online CCW Certificate. For the most part, they would be loath to join federal agents in a forced confiscation program, though as we saw in the Katrina aftermath there are mindless drones who will follow confiscation orders without question. But most would likely join citizens in resisting such efforts. The result would be a bloody mess.

So the elites have employed their propaganda machine, to great effect. Vast swaths of ignorant people have swallowed the notion that certain weapons — based only on appearance, form and function — are inherently more dangerous than others.

In fact, the nature of one's weapon of choice is something about which the gun grabbers often like to ask the same question: "Why do you need an 'assault weapon?'"

First, their definition of "assault weapon" includes… well, anything they are scared of. Which is everything. But to answer their question, as the Department of Homeland Security so aptly put it in its own request for proposal for 7,000 .223 cal. select fire weapons, they are for personal defense.

In Thoughts on Standing Armies, Josiah Quincy Jr. wrote in 1774:


No free government was ever founded or ever preserved its liberty, without uniting the characters of the citizen and soldier in those destined for the defense of the state…. Such are a well regulated militia, composed of the freeholders, citizen and husbandman, who take up arms to preserve their property, as individuals and their rights as freemen.


Gun grabbers lack the moral authority to determine what weapon a lawful gun owner needs for defense, or target shooting or whatever. Only the gun owner can make that decision.

Many gun owners were shaking their heads as the coronavirus pandemic swept the nation and many "progressives" lined up a gun stores hoping to buy a weapon for that very reason — self-defense, since the police are not going to help you against looters, and especially not during a pandemic — only to find that their own laws prevented them from doing so. "What do you mean there's a three-day waiting period?" was a common complaint from the socialist crowd who ushered in this tyranny themselves.

They fully supported the anti-gun lobby that loves to pull out figures and statistics that it claims show that America is the most violent place on the planet. They say if guns were simply banned, America would be a crime-free utopia.

Let me give you some real statistics. Most of the "mass shootings" you see in the news occur in so-called "gun-free zones." That means the shooters who made conscious choices to disregard our laws were able to freely attack a group of adults who were restricted by their desire to obey our laws from defending themselves and the children in their charge. Both shooters, as is the case with the vast majority of recent mass shooters, were on prescription psychotropic drugs before the attacks.

The gun control problem is a mind control problem. The authorities know full well that they, with all their high-tech weapons, cannot subdue a determined people with private arms. Therefore, they use all manner of spurious persuasion to get you to give up your arms and to exert hostility toward others who won't. Same old divide and conquer.

We should refuse to make criminals out of law-abiding citizens. You should be able to buy a gun, own a gun, carry a gun legally, and conceal it if that is your preference. As I mentioned earlier, there is a multi-state online concealed carry certification you can obtain. It is the only one I know of.


Americans have been pushed and pushed until they are near the brink. Much of the blame for their anger falls on a government that is out of touch with regular Americans and tone deaf to its pleas.

Most Americans see Congresses past and present inserting fingers into every aspect of daily life. The 2nd Amendment was included in the Bill of Rights — as were all the first 10 Amendments — to restrict what government can do. It was designed to ensure that Americans could deter or, if necessary, overthrow a tyrannical government, and ensure liberty.

George Washington said, "Firearms stand next in importance to the Constitution itself. They are the American people's liberty teeth and keystone under independence." And as was the case on April 19, 1775, at Lexington and Concord when the British came to confiscate arms and weapons, patriots should rise up to resist the usurpation of "gun control" at every turn, and stop the slippery slope we are on now that could make all weapons in the hands of regular citizens illegal. 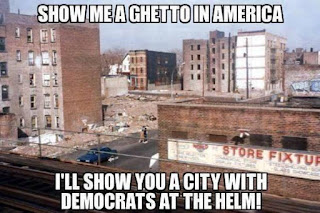 
It’s both fascinating and frustrating to watch every up-and-comer “revolutionary” try to reinvent the wheel.


Think, for a moment, about the definition of the word “revolution.”
It doesn’t imply radical change…

In fact, it implies the exact opposite. It implies returning to a place of origin.

A return to original principles, to timeless wisdom… 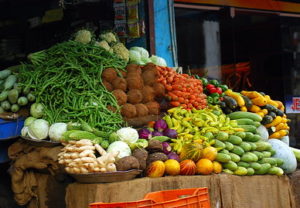 This post is a little different from my usual posts. If you’re already a prepper, I don’t expect this article to teach you anything new. Rather, I expect it to serve as a reminder of why we prep. I also hope that it can serve as a warning to those who don’t prep.


For example, you might think it’s unlikely that your home will ever be damaged or destroyed, but you still buy homeowners insurance just in case. It’s the same with prepping. Maybe doomsday will never arrive, but you never know. (And besides, doomsday is just one of many reasons to prep.)


And it’s not like we’re preparing for something that has never happened before. Millions of people die in disasters every year, economies collapse all the time, and terrorism is an ever-present threat. Sure, you might luck out where you live and never face a serious disaster. But then again, you might not...


17 Things People Will Wish They Have After The SHTF 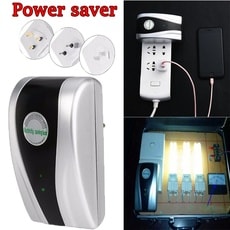 Posted by Poor Man Survivor at 6:56 AM

Email ThisBlogThis!Share to TwitterShare to FacebookShare to Pinterest
Labels: dems want to destroy your rights and America

Some Left wing media are painting a picture that Biden is ahead of Trump-would people be that stupid to continue support for incompetent dems? Disgusting if that's the case.

Sick to death of socialist/commie Dems & their dishonest media supporters-MOVE the hell out of here & stop trying to screw up our nation...I'm at the point where I won't even turn on the loser media [except Fox].