Communists stole Hungary after WWII, Uses same tactics for a US Takeover 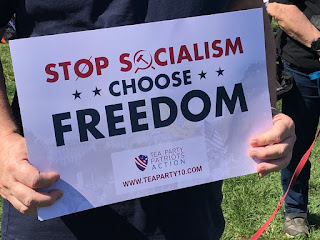 How Communism Took Over Eastern Europe After World War II-Now Use the same tactics in the US.

The Socialist Menace in the United States…

What you learn from studying the period is several things. One is how well prepared Stalin was before he got there. He had for example prepared police forces, secret police forces for each of the countries before he arrived in those countries. Most notably in Poland he begins recruiting policemen from the year 1939. Of course we've always known that he prepared and recruited, and organized communist parties from the time of the Bolshevik Revolution onwards.

​​You also see which kind of institutions the Soviet Union was most interested in. For example, everywhere that the Red Army went, one of the first things they did was take over the radio station. They believed very much in propaganda, in the power of propaganda and they believed that if they just could reach the masses by what was then the most efficient means possible, namely the radio, then they would be able to convince them and then they would be able to take and hold power.

The Socialist-Communists have employed the same methods in the United States…progressive media has aligned with the Democratic-Socialist Party, they infiltrated our schools and brainwashed children into accepting Marxist, their ‘cancel culture ideology bashes everyone who thinks outside party lines, they rigged elections, religion is denigrated, etc.

Using a Soviet strategy called the ‘Popular Front,’ American Communists [during the Depression] tried enhancing their image pretending to be average Americans; ingratiating themselves with Hollywood stars, involvement as populists in government at all levels-they’re replicating that strategy now w/ help of Justice Democrats, an offshoot of the Communist PartyUSA. [They’re the leftist anti-American group that recruited loons like AOC, Rashida, Omar, etc.] 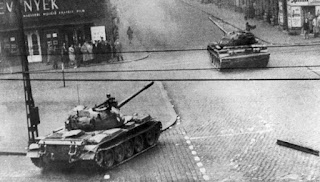 Aided by a media which disrupts, discredits, lies and divides…

It is widely claimed today that our nation is irredeemably flawed—that America has been fundamentally unjust from the beginning due to “systemic racism.”

The purpose of promoting this falsehood is to sever Americans’ patriotic attachment to our country and its founding principles in order to replace our limited government Constitution with a radically different form of government.

A choice that transcends the political Right and Left 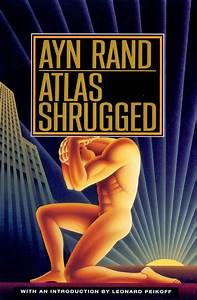 Atlas Shrugged by Ayn Rand depicts a dystopian United States in which private businesses suffer under increasingly burdensome laws and regulations. Railroad executive Dagny Taggart and her lover, steel magnate Hank Rearden, struggle against "looters" who want to exploit their productivity. Dagny and Hank discover that a mysterious figure called John Galt is persuading other business leaders to abandon their companies and disappear as a strike of productive individuals against the looters. The novel ends with the strikers planning to build a new capitalist society based on Galt's philosophy of reason and individualism.

Worth reading or viewing again!

The U.S. Is for Democracy Again. But for How Long? 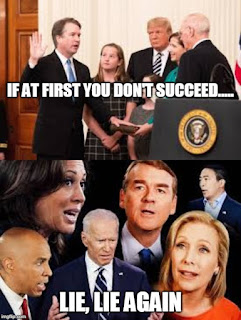 I’m not thrilled with the coming political landscape…

I know there will always be men and women who care about freedom and who will protect and defend this country.

The president and all 535 members of Congress take oaths to uphold and defend the U.S. Constitution. One has to wonder how many have ever read it. They certainly seem hell-bent on disregarding it.

Article 1, Section 1 says all legislative powers are vested in Congress, which consists of a Senate and a House of Representatives. That's apparently no longer the case, although I can't find where that was legally changed through an Amendment.

The Environmental Protection Agency believes it holds legislative power. In June the EPA issued a "rule" limiting state authorities under the Clean Water Act and telling them how and when they can approve new energy projects. Yes, the Act was an act of congress. But there is no Constitutional authority for an EPA, nor is there Constitutional authority for the EPA to supersede states' rights, especially for a power not expressly given to the federal government in the first place. But apparently, Congress doesn't care.

The EPA is just one of dozens of Federal agencies that have taken it upon themselves to regulate and control the lives of Americans while Congress sits idly by. Many of the bureaucrats who run these regulatory agencies are appointed by the President, so they do his bidding. President Trump was vehemently criticized for trying to limit the EPA's overreach, without so much as a word from his so-called Republican supporters, who have been equally silent after the election. Trump tried to limit the influence of the State Department and the Deep State revolted in order to oust him. This election turmoil is the result.

Remember when Boeing decided to build 30 percent of its 737s in South Carolina? The National Labor Relations Board filed a complaint in an effort to force the company back into the unionized Washington plant. In effect, President Obama — through his politically appointed board — was telling a company where it could and could not conduct business. That was Third World thuggery. Thankfully it didn't work.

I wonder what non-legislative group will come forward now that Boeing is consolidating production to S. Carolina and out of the Seattle area?

We are currently in a state of undeclared war in Iraq, Afghanistan, Yemen, and Syria, not to mention the "war on terror" which sends U.S. troops and missiles anywhere and everywhere. Yet, aside from a few lone voices — Republicans Mike Lee of Utah, Rand Paul of Kentucky, Susan Collins of Maine, Todd Young of Indiana, Jerry Moran of Kansas, Lamar Alexander of Tennessee, Bill Cassidy of Louisiana and Lisa Murkowski of Alaska voted to restrict President Trump's power to make war on Iran — Congress, which alone has the authority to declare war, does nothing.

The Department of Homeland Security and local police forces have vans and trucks patrolling our streets with the capability of looking inside passing cars and into homes. The Transportation Security Administration forces airline passengers into choosing between harmful naked body scanners or full-body groping sessions for the "crime" of buying an airline ticket. The grope-and-peek procedures will be expanded to include "Covid passes" for all activities outside one's own home — if you are even allowed to do what you want there — including attendance at sporting events and concerts. Technology is being developed to allow agents to funnel large crowds of people through mobile command centers so they can be questioned while computers monitor their physiology as they respond.

Law enforcement uses parabolic antennas to listen in on far-away conversations, video cameras to follow people's every move and face recognition software to identify them — even if they have not been charged or convicted of a crime.

These actions are blatant violations of the 4th Amendment. Congress does nothing... and says little. They are part of the "law and order" crowd... unless you are a "Black Lives Matter" looter or rioter, then you are free to run around lawlessly without order to destroy and burn as you choose.

Any time a State attempts to nullify a law or regulation that it deems unConstitutional, it is threatened by the Justice Department, sued or refused federal funds. Those funds, by the way, go to the Federal government after they are taken from workers who have no choice but to comply with the onerous tax code or go to prison.

The 4th Amendment, the one that guarantees Americans the right to be secure in their persons, houses, papers and effects against unreasonable searches and seizures, was eviscerated by the Supreme Court ruling that gave police license to enter a home without first obtaining a warrant if they hear what they deem suspicious sounds inside.

The USA Patriot Act, passed while the rubble of the World Trade Center still smoldered following the false flag terrorist attack of 9/11, gave the Federal government license to create all sorts of reasons and excuses to surreptitiously listen in on electronic conversations, rifle through bank records and imprison people without trial.

Local police departments are becoming increasingly militarized. According to a report by the Cato Institute: "Over the last 25 years, America has seen a disturbing militarization of its civilian law enforcement, along with a dramatic and unsettling rise in the use of paramilitary police units (most commonly called Special Weapons and Tactics, or SWAT) for routine police work. The most common use of SWAT teams today is to serve narcotics warrants, usually with forced, unannounced entry into the home... The raids terrorize innocents when police mistakenly target the wrong residence. And they have resulted in dozens of needless deaths and injuries, not only of drug offenders, but also of police officers, children, bystanders, and innocent suspects." 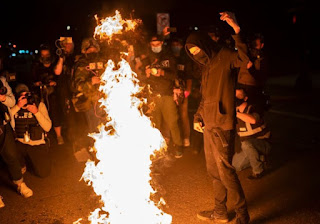 We now have a quasi-military roaming the streets terrorizing citizens, a Congress neglecting its authority, a Supreme Corrupt disregarding the Bill of Rights and local politicians and state governors using "emergency" powers to act as dictators through the use of executive orders (only meant for government personnel activities and not citizens).

Remember, governments can stay in power if...

The key to government power is gradualism. Anything can be accomplished over a long period of time. People accept their conditioning no matter what it is. I have found that the very first step toward awareness is to become suspicious of all politicians and people who claim to be "authorities."

America, land of the free? Not anymore.

Starting or Joining a Prepper Group

If you cannot find a group in your area that meets all of the above criteria, it may be best for you to start your own group. If this is something you feel you would like to do, first make sure your preps and plans are in place, and then start to create a list of what you would like in a perfect prepper group. 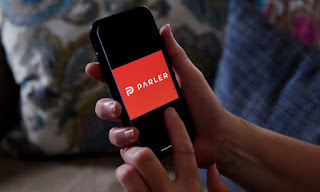 Posted by Poor Man Survivor at 8:19 AM

Email ThisBlogThis!Share to TwitterShare to FacebookShare to Pinterest
Labels: Communist takeover, fight back

You're like a modern day Paul Revere, calling Patriots to act...we hear you. Too bad Trump didn't have you on his teal; either way, you're a Patriot!

It's now reported that a Philly crime boss is bragging how he helped Biden steal the election in PA-the Dark Side globalists are raping our nation.