The Need for Silver and Gold 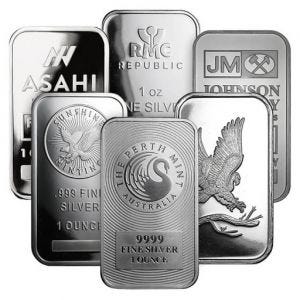 The Need for Silver and Gold

The Fed is warning investors in clear terms that higher rates of inflation are coming soon.  For the most part markets are ignoring those warnings. One hedge manger has said that our dollar will lose our purchasing power more rapidly than the 2% the Fed is predicting perhaps rising to 5% and even 10%.

Gold is usually an indicator of rising inflation-couple that with the potential for a socialist in the White House who promises to gut our energy industry [and others] it’s pretty much guaranteed prices for food, fuel, healthcare and other costs of living will jump much higher.

Note: 39 states exempt some or all precious metals from sales tax thanks to: the Sound Money Defense League [SoundMoneyDefense.org]

"[Silver coin] is the most perfect medium because it will preserve its own level; because, having intrinsic and universal value, it can never die in our hands, and it is the surest resource of reliance in time of war." -- Thomas Jefferson to John Wayles Eppes, 1813

Whenever I write about the need for silver and gold in your possession, so many people write to me about exactly how to buy silver for barter, for a store of value, and for preparedness that I felt it my duty to talk to you again about monetary fraud and the need for real money so you know what to do.

Therefore, let me ask you: How will you arm yourself in order to defend your own liberty? With what will you protect yourself?

If every moment of life and liberty is precious to you, you already own protection in the form of a gun.

And if you have been following these letters, you already know that for any political system to function as created, there is and has to be vast deception. So I hope you have begun to break your mind free of conventional thought, and you are reading everything you can.

A third and equally important step to take is to protect your purchasing power. This is closely related to protecting your wealth, but different because in this case, I am talking about the false notion that "money" and cash are the same thing.

BLM, the politics of COVID, election commercials, race battles, riots, lootings, police shootings ... dozens of things occur all at once to keep the people from reality. These diversions keep the public mind off the pervasive fraud and crime of paper money.

The whole world is still balanced on the U.S. money creators. They are all interdependent on the global economy. That will change even though it hasn't quite yet. The crowd never wakes up because people are indoctrinated from the beginning of life to trust the system.

I have warned many times about the producers and savers in this country being preyed upon and harmed by endless taxation and money printing. But don't take my word for it. Here is a powerful warning from Stephen Roach, writing in the Financial Times recently. He says that although U.S. households had been saving this year, the economic response to the Coronavirus wiped it out.

"This will take the US net saving rate far deeper into negative territory than during the global crisis. That has ominous implications for America's future... the U.S. is, in effect, liquidating the net saving required for the expansion of productive capacity. Without borrowing surplus saving from abroad, growth becomes impossible. The current account deficit will only deepen as a result. That's when the dollar loses its special privilege."

There is so much fiat money being created that it affects every man, woman and child. The policy of the U.S. government is to inflate (depreciate) the U.S. dollar. There is nothing that you could know or understand as important in your life and your finances as this.

The paper money and savings you have in the bank are numbers. The entire modern system of fiat money is only numbers. It is not substance. Fiat is "money" by decree of "authority." All money issued by the Government is backed by the "full faith and credit of United States Government."

What happens when the system no longer functions and the credit of the United States is no longer good? The dollar has lost 98 percent of its value since just 1913, when the Federal Reserve was created. Now it is losing its "special privilege" as the world's reserve currency.

When the government begins to collapse and there is no more faith in its authority, cash becomes worthless. The Fed, Keynesian economists and the mainstream media ignore history. They ignore Venezuela which is collapsing right before our eyes. Fiat money promotes an illusory reality where non-substance such as financial speculation and gambling replaces the substance of industrial production and long-term value.

Helicopter money, PPP loans, stimulus checks, negative interest rates… all the Federal Reserve's supposed "tools" have failed to boost the broader economy, since all but a few billion of the trillions in Fed-created excess dollars end up at the commercial banks instead of "tricking down" all the way to the consumer level.

It's a deception that blinds the average person to the fact that the only real money, real wealth and long-term value are gold and silver.

Silver is still relatively rare, desired by nearly all people, and comes from the earth and human production. The value is no illusion. Silver has been a transactional and barter currency for the better part of 5,000 years. This is not going to change.

If you want to protect yourself and hedge against the collapse that the U.S. government is driving us toward, buy silver.

Mine production and supplies have retreated in the past few years, making supply scarcer. Meanwhile, coin fabrication in Asia and Europe is rising, according to The Silver Institute's recent World Silver Survey. This is the inside story.

From the outside, if you talk silver with the masses, expect them to scoff. Most people don't know that silver was the best-performing asset in the world through the silver price highs of 2011, and is still widely held around the world.

Silver costs about $20 per ounce to mine and mint, and is selling for $22 an ounce now. Plus it has many industrial uses: in photography, technology, medical, defense and electronics. Because of this, there is now only about one-sixth the amount of aboveground silver available for use than there was in 1900. Were silver prices not being manipulated down through the use of "paper" silver, it would easily cost several hundred to several thousand dollars per ounce.

The price is being manipulated down by just eight traders on the COMEX, led by JPMorgan, which was just fined $1 billion for manipulating precious metals prices (they presumably paid it off from funds provided by the Fed via one of its bailout schemes — and now you know how the game is rigged) and will certainly continue to manipulate prices while endeavoring not to get caught this time.

This is a crooked paper game that cannot last. What they are doing is setting up silver for an explosion in price. This event will reveal the worthlessness of paper money.

If you are buying silver as an inflation hedge, you want to watch the value of the dollar. Historically, whenever the value of the dollar has dropped, precious metals increase in value. They also tend to move inversely with the stock market. So, while stocks do well in times of stability and economic growth, silver will do better during shaky economic times and falling interest rates because it has real value.

I am not "paid" to hawk silver. I "push" gold and silver because I want to give you information you will not receive from the mainstream media or their brokers, who work for Wall Street. There is nothing I can do to "drive up the price."

So when you are investing, with silver at far less than its real value, you must consider whether you are looking short term or long term. We happen to believe the trend is up long term. Oh, there will be some valleys along the way; but because of economic conditions, the trend will be up.

There are two reasons for this. First, if you look at the amount of silver in the world's repositories, including what the exchange traded funds hold, it's still very high. No one has sold much since 2012, even though the price has plunged from $50 an ounce since 2011.

The only negative is time. No one knows when silver will blast off, but some of us see this as the perfect opportunity to buy more even though it has risen recently. Also, emergencies and catastrophes come in many forms, from natural to man-caused. Try to consider as many eventualities as you can and prepare for them.

We still advise accumulating silver coins, as I believe that they will have high exchange and barter value in the time to come. I sincerely hope that all of you will do the same. When our current paper money inflates to near zero and our current clacker coins are worthless, old U.S. 90 percent silver coins will have great attraction.

But we still like U.S. 90 percent silver coins minted before 1965 for preparedness money. They can be purchased in bags of $1,000 face amount or in smaller increments — even individually. Numismatics are not recommended for preparedness coins.

Inevitably, whenever I recommend buying silver, readers write in and ask me to recommend a dealer. Your best bet, I believe, is to find a local dealer who is well established, has been in the community a long time and has a good reputation with both the Better Business Bureau and his customers. If you educate yourself on spot prices and have an idea how to negotiate prices with a dealer to ensure their commission is fair, it takes the risk out of the transaction.

Yours for the truth

Coins considered junk Silver coins today, like the 90% Silver Washington Quarters that circulated from 1932-1964, are also a great way to increase your Silver holdings. Canvas bags of 400 Silver Washington quarters contain 71.5 oz of 90% Silver, making the Silver coin perfect for investment portfolios. And of course, Silver dollars are favorites thanks to their iconic designs, including Lady Liberty and American eagles.

35% Silver war nickels give you the opportunity to own Silver at a low-premium cost. Produced by the United States from mid-1942 to 1945, these "War Nickels" were made from 56% copper, 35% Silver, and 9% manganese. 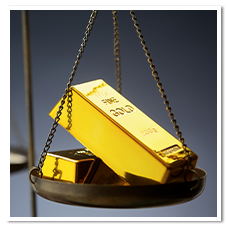 Why Gold Is Soaring, Analysts Say There Is More to Come

Watch out, Banks and Americans are stocking up in physical gold. Here’s why you should, too...

Trump merely needs to activate the American patriots, and they will converge on Washington D.C. to help defend this nation against the deep state fraudsters who are trying to steal it.

You never know what’s going to happen. But, lately, I’ve had so many questions from those I know that have never been interested in preparedness before, asking how they can help themselves out on the cheap because they honestly “feel” like something is coming.

Again, if you feel like something is coming, you are not alone, and don’t classify yourself as crazy! In fact,t it is never crazy to be prepared for an emergency. If you want to start preparing now, there is never a better time, so don’t put it off.  Because of that, these are a few frugal prepping tips I have followed to stock up on when funds are tight. 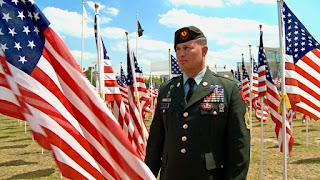 Posted by Poor Man Survivor at 7:30 AM

Even with little extra cash, we've been building our silver stash!

Keep in mind, everything can fail, including our economy, and you can still own silver...you can never own enough as far as I can see. Start small [if you must] & work your way up & keep it physical & under your control!