Hypocrisy of the Left and RINO politicians goes beyond disturbing 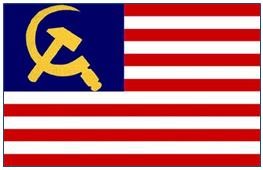 The Rape of America has Started…

After the peaceful pro-Trump march was routed by what many are calling disguised guerilla antifa activists, the media, social media and the left has reacted with massive calls to usurp the civil rights of the President and conservatives in general. Pelosi and up-Chuck plan to waste more time and money by impeaching Trump again in order to prevent him from running for office again.

Social media cancelled the accounts of Trump, Gen. Flynn,Sydney Powell, Rush Limbaugh [Rush cancelled his account in protest], etc. while pruning followers from the accounts of conservatives. Traitorous RINOs, Sunshine Patriots and Benedict Arnolds have popped up everywhere condemning Trump but failing to condemn the destruction in many cities by criminal elements of the Left including antifa and BLM.

CNN [the Communist Network] has publicly declared Tucker Carlson the enemy and is asking cable firms to stop carrying Fox News-that’s how blatant anti-American and fearful they are of TRUTH!

The frightening double standard these same lame excuses for humans: They never said a word about the months long rioting, looting, burning and murders in so many US cities by anarchists antifa or BLM Marxists.  Indeed our socialist VP to be, Harris, raised money for bail for these thugs.

Using this week’s chaos at the Capitol, you can bet the Biden administration will ramp up efforts to muzzle the free speech of conservatives.

They’ll give a passing nod to the right to assembly, then immediately pivot to “prevention” of the type of scene we saw in D.C.

(Of course, they’ll conveniently forget an entire year of riots, looting and destruction.)

It’s actually aimed at total dominance of the American citizenry.

You may have already seen how quickly social media platforms like Facebook and Twitter leap at the chance to censor anyone whose politics run afoul of their own.

The psychotic left has called for violence via rioters this summer at least 28 times; they’re pure poison.

And mainstream media serves up nothing but a one-sided steaming pile of excrement on the airwaves every day.

The Left is implementing a totalitarian state even faster than I had predicted.

They used almost the same methods as the Communists used to take over Hungary after WWII-first they took control of the media, indoctrinated students, then rigged elections and got rid of a sitting leader, then began rounding up patriotic ‘dissidents.’

The end goal is to destroy freedom here and elsewhere in the world…Many corporations openly embrace this by financing thugs like BLM and Antifa. There are 45 goals of communists in establishing their New World Order including the takeover of schools, courts, and the media. 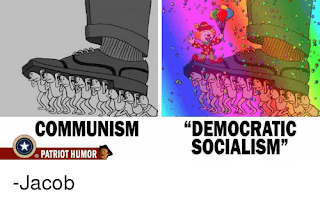 These remaining 27 items will…or should…shock you.  It is essential to also understand that world Zionism CREATED Communism, took down Russia, set up the Soviet Union and created two World Wars in which over 100 million died.  Whether the term is ‘Communism' or 'Bolshevism' or ‘Socialism'  or ‘Marxism' …Complete list can be found at:

This “Reset” is just another word for the New World Order..a storm is coming and hopefully, you’ve prepared yourself for it…these criminals won’t call it socialism but rather ‘reinvented capitalism.’ They’re masters at masking their tru goals and as so many minds have been warped/brainwashed by socialist teachers, few will be wiser.  Biden’s plan is straight out of Russia and a book called Covid: 19-The Great Reset [even his lame ‘Build Back Better’ slogan was taken directly from this book by Klaus Schwab.

Once they get their way-Nothing will ever return to normal!

A new Iron Curtain has fallen across America.

I suggest you re-read Orwell’s Animal Far or 1984 to get an ideal life under socialism. 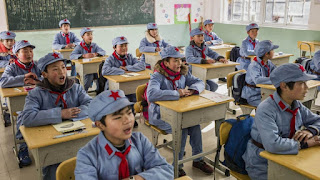 Conservatives are directly in the crosshairs

If the coronavirus pandemic has been the best thing to ever happen to Democrats then events in Washington on Wednesday have given their authoritarian tendencies an injection of steroids.

The same people who have locked down the nation and endorsed the idea of sending armed police to break up Thanksgiving dinners are moving with lightning-fast speed to eliminate those who oppose their anti-American agenda by redefining dissent as terrorism. 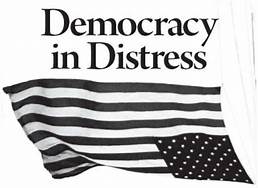 Did you ever wonder what it’s like to live in a one-party state?

Well, wonder no more. You’re living in one. The major means of communication—in today’s terms that means social media—have now been taken over completely by the left…

A Perfect Storm Seeks Destruction of the US

As 2021 dawns, the war on our culture moves into high gear.

The opportunistic intersection of the resistance to the Trump presidency, the rise of the monopolistic tech giants, the spurious panic over the psychologically weaponized CCP virus in the form of COVID-19 and its concomitant loss of personal freedom, the neo-Marxist hijacking and worsening of race relations, and the legalistic undermining of U.S. laws and institutions have all evolved into a perfect storm of destruction that not only threatens the future of the United States, but actively seeks its destruction.

Biden says that our friends and neighbors are terrorists and deserve to have the full force of the US government used against them now. And sadly, many conservatives are agreeing with them. 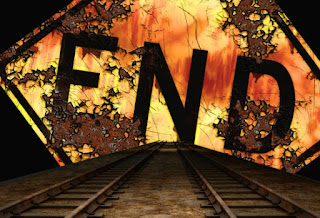 Schumer Calls On Pence To Help Him ‘Remove’ Trump

Capitol Riots Give Democrats a Leg Up For Pushing Their Agenda

Without Freedom Of Speech, What Is Going To Happen To America?

Bug Out Location Not in the Budget? Go Here Instead…

Every prepper dreams of one day owning their own piece of property where they can build the ultimate bug out destination. Unfortunately for many, this is a lofty goal. For those of us who can’t afford to buy a survivalist paradise, where can we go when forced to leave home?

City Prepping has created a video tackling this very issue, providing some helpful tips on where to go when forced to evacuate:

The Getaway Log Cabin Kit is Perfect for DIYers 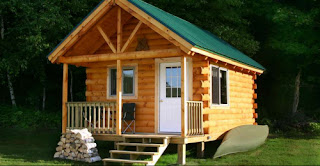 Anyone who loves DIY projects will love the idea of being able to construct their own small log cabin. The Coventry log cabin is a one-room cabin plus bathroom that you can build yourself. The Getaway is the smallest of the cabin kits for sale in the Cabin Series of log cabin designs. This intimate and cozy log cabin design is the perfect rustic retreat to use as a weekend retreat. The front covered porch is a nice addition that shelters you from the elements while you relax at the end of a busy day. This 192 square foot log cabin space can house some bunk beds, a kitchen cabinet where you can place your cook stove, a kitchen table and some chairs, and it has everything you need. The upstairs loft in this cute log cabin getaway offers another spot where family or guests can sleep.

Plenty is an ag-tech startup in San Francisco, co-founded by Nate Storey, that is reinventing farms and farming. Storey, who is also the company’s chief science officer, says the future of farms is vertical and indoors because that way, the food can grow anywhere in the world, year-round; and the future of farms employ robots and AI to continually improve the quality of growth for fruits, vegetables, and herbs. Plenty does all these things and uses 95% less water and 99% less land because of it. 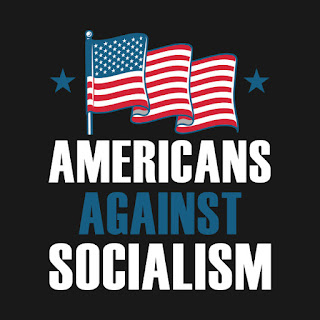 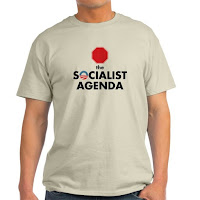 Posted by Poor Man Survivor at 8:08 AM

It is happening faster than we thought. GD socialists are wreaking havoc to freedom & more is coming. Will this be the start of a civil war? It very well might.

we have discovered a new "back channel" of communication that they have NO control over.

It's a mobile app called "Telegram", and it is currently the BEST way we can send you messages directly to your phone WITHOUT being censored!