The Illusion that Defeats Us


"Democracy and liberty are not the same.
Democracy is little more than mob rule,
while liberty refers to the sovereignty of the individual."
-- Walter E. Williams


Without massive compliance from citizen drones, there would no longer be government that strangles our freedom and bankrupts our nation…even many big corporations, such as Walgreens, are giving up their US citizenship to avoid our unfair tax system.


Governments Wage War on their Own Citizens


In 1928, Edward L. Bernays, the “father of public relations,” wrote in his book, Propaganda:


The conscious and intelligent manipulation of the organized habits and opinions of the masses is an important element in democratic society. Those who manipulate this unseen mechanism of society constitute an invisible government which is the true ruling power of our country.


We are governed, our minds are molded, our tastes formed, our ideas suggested, largely by men we have never heard of. This is a logical result of the way in which our democratic society is organized. Vast numbers of human beings must cooperate in this manner if they are to live together as a smoothly functioning society. …


[I]n almost every act of our daily lives, whether in the sphere of politics or business, in our social conduct or our ethical thinking, we are dominated by the relatively small number of persons… who understand the mental processes and social patterns of the masses. It is they who pull the wires which control the public mind…


There is a trap in the mind of the average person, like a steel box or a great wall, which prevents him from rationally considering the premise of organized evil. For one reason or another, it is far easier for him to process the darker actions of men and governments as random consequence, as merely a symptom of wild greed, ignorance, stupidity, miscalculation, jealousy and confusion. Destructive tendencies and institutions are seen as nothing more than a chaotic afterthought of the self-centered human ego. Our ailing society is viewed as a victim of its own malicious nature, a self-deprecating edifice. In the minds of the unaware and uneducated, the world is a cannibalistic beast, rather than the crippled victim of a foreign parasite.


This mentality is a product not only of naivety, but of fear. If people fear anything more than death, it is the idea that the reality they have always known is just a thin veneer, a deceptively simple wallpaper covering something eternally complex and potentially horrifying. The common mind is not prepared to handle the unrecognizable. Normalcy bias becomes god, and blind assumption becomes truth.


It is in this vast fog of the unrecognizable that a cabal of power cultists thrive, a cabal that many people in our culture refuse to believe exists.


They feed on prejudice and bias. They are empowered by apathy and nihilism. They revel in the condescension of the academic. They are invigorated by the arrogance of the self-serving. They twist facts, manipulate world views, hold humanity back from its better potential and terrify or kill the defiant. They do this in concert. They do this as a choir. They see themselves as almighty engineers, as architects with a “pure insight,” as philosopher kings. They are often referred to as “globalists.” And their goal is, and has always been, a “New World Order.”


If you do not understand that this directed and organized effort exists, then you cannot possibly comprehend why global events happen the way they do. If you really believe all tragedy and so-called triumph is random, then you become nothing but debris in the wake of a massive tsunami of time and tide. For the most part, the overwhelming firestorms of history are nothing more than plot points in a carefully crafted screenplay. If you know how the writers of our global theater think, then it becomes much easier to predict how they intend our story to progress. Even the tales of “philosopher kings” become contrived as they attempt to force an obsessive narrative.


These men (and women) are not necessarily ingenious. They don’t have to be. They are born into a world of stolen wealth and philosophical nepotism, and they are bound together by fear as much as zealotry. They are a hive of insects who believe themselves to be gods. And though deluded by theirown hubris, such organized malevolence is still a terrible force to be reckoned with.


Here are just a few of the strategic methods they commonly use to survive, thrive and keep the masses in the dark. 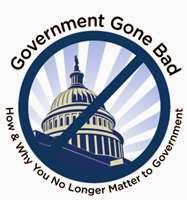 The Illusion Of Separation


In Tragedy and Hope, Carroll Quigley, member of the Council on Foreign Relations and mentor to Bill Clinton, wrote:


It must not be felt that these heads of the world’s chief central banks were themselves substantive powers in world finance. They were not. Rather they were the technicians and agents of the dominant investment bankers of their own countries, who had raised them up and were perfectly capable of throwing them down. The substantive financial powers of the world were in the hands of these investment bankers (also called “international” or “merchant” bankers) who remained largely behind the scenes in their own unincorporated private banks. These formed a system of international cooperation and national dominance which was more private, more powerful, and more secret than that of their agents in the central banks.


Labels and titles are often designed to deceive. The insidious lie that many people, including some in the liberty movement, have been led to believe is that a concrete separation exists among international bankers along the lines of nationality.


If Vladimir Putin, for instance, were actually opposed to the corruption of international banking cartels (as he is often painted to be), then he would have abolished Russia central bank long ago and cut off ties with the IMF and BIS. Instead, Putin continues to promote centralization under the IMF and the use of the IMF’s world currency, the Special Drawing Rights (SDR).


The globalists are known by many names under many institutions. They hide behind such fronts in order to confuse and distract the curious, while conjuring false paradigm conflicts like that brewing between the East and West today.


On July 20, 1992, Strobe Talbott, who was at the time a columnist for TIME and who went on to become President Bill Clinton’s deputy secretary of state, wrote:


I’ll bet that within the next hundred years (I’m giving the world time for setbacks and myself time to be out of the betting game, just in case I lose this one), nationhood as we know it will be obsolete; all states will recognize a single, global authority. … perhaps national sovereignty wasn’t such a great idea after all.


I cannot stress this point enough: Globalists do not possess a sense of loyalty to any one nation or culture. International bankers see countries and societies as tools with limited usefulness. The usefulness of the U.S. for instance, is now ending. That’s why a vast shift in the global economy is taking place, which will end the dollar’s reserve status and the American financial system in the process.


There are no “American” globalists or “Chinese” globalists. They are all members of the same banking establishment with the same goal: to end all sovereignty and construct world economy as well as world government. Globalists use national affiliations to create international wars and fiscal calamities that can be exploited to further centralize power under a single authority, which they hope the peoples of the world will accept without question.


In February 1920, Winston Churchill wrote an article that appeared in the Illustrated Sunday Herald, stating:


From the days of Spartacus-Weishaupt to those of Karl Marx, and down to Trotsky (Russia), Bela Kun (Hungary), Rosa Luxembourg (Germany), and Emma Goldman (United States), this world-wide conspiracy for the overthrow of civilization and for the reconstitution of society on the basis of arrested development, of envious malevolence, and impossible equality, has been steadily growing. It played, as a modern writer, Mrs. Webster, has so ably shown, a definitely recognizable part in the tragedy of the French Revolution. It has been the mainspring of every subversive movement during the Nineteenth Century; and now at last this band of extraordinary personalities from the underworld of the great cities of Europe and America have gripped the Russian people by the hair of their heads and have become practically the undisputed masters of that enormous empire.


Whether cold wars or hot wars, what we are told about the motivations behind international conflicts is almost always untrue.


War and economic collapse are the two faster methods to achieve full spectrum change in a society’s principles and loyalties. War allows for the trampling of freedoms, the accumulation of wealth and political authority, the destabilization of the average person’s means of survival and the desperation of the population, leading to the centralization of control in the name of safety and security.


It is difficult to exaggerate the quasi-religious zeal with which the War on Americans is waged. Two years ago, a video surfaced of a training lecture on regulatory enforcement by the head of the EPA’s Region Six office, which oversees Arkansas, Louisiana, New Mexico, Oklahoma, and Texas. This senior administrator, who was appointed by President Obama in 2009, cited the Roman Empire as the inspiration for his mode of operation: “The Romans used to conquer little villages in the


Mediterranean. They’d go into a little Turkish town somewhere, they’d find the first five guys they saw, and they’d crucify them. And then you know that town was really easy to manage for the next few years.” The same year he gave this talk, his office charged in an emergency order that a


“Countless people … will hate the new world order … and will die protesting against it.” —H.G. Wells, The New World Order (1940)

The solutions to surviving the war on the Middle Class can be found in our new e-book.

Free - *10 Ways to Take Back Your Liberty

Posted by Poor Man Survivor at 8:30 AM