CIVIL SOCIETY- IS IT LOST? 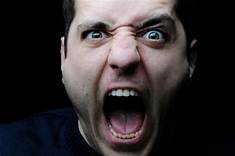 CIVIL SOCIETY- IS IT LOST?

A hot topic among public policy experts is the decline of civil society. Their misplaced debate is in the context of the lack of "altruism," of civic pride and "volunteerism," and the loss of civility among the public at large.

The experts say that such withdrawal and expression of individual liberty is destroying civil society. These hypocrites are engaging in Orwellian double-speak. Self-preservation and the power of the individual is a building block of civil society.

John Locke was one of the favorite philosophers of our Founding Fathers. He observed a basic scriptural and natural law to be the law of self-preservation. He described how self-preservation leads to liberty, as one creates a home, marries another and the couple raises a family.

Liberty becomes a standard only among civilized people who covenant together in civil society.

In response to the infestation of our institutions and daily lives by pop culture and its practitioners — and invading hoards bringing with them their socialism and foreign cultures that you are being forced to bow to — many families have withdrawn to the privacy and safety of their own homes and neighborhoods. Only there can they preserve themselves and Christo-Western culture. This is the first law of nature at work, as it has been consistently since the advent of Western civilization.

Locke described those who come against individuals and communities as ravenous wolves to be destroyed by any means. There is no more meaningful metaphor for us today because what the people don't realize is that they are making a terrifying trade-off when embracing altruism.

The myth of altruism and "public policy" gives the government the implied and collective consent to operate as an organized criminal cartel with impunity. Can you see it? The reason you can't communicate on political matters with some of your family and neighbors is that the doctrine of altruism and "public interest" has been imputed to them and in concert with the government to subvert their own personal liberty. Anything to the contrary is offensive. It's as if you are not "a patriot."

As civil society breaks down, so does civility. We are seeing it daily in the growing number of attacks — both verbal and physical — by people on others on the basis of political philosophy. The political elite have used divide and conquer politics to great effect, creating minority special interests to pit against one another for spoils and special privileges.

As for the decline of civility, it can also be traced directly to the same criminal politics. It's a zero-sum game. Virtually every moral, cultural, spiritual, political, business and civil practice of the middle class, including civility, has decreased as a public standard in accordance with the increasing number of special interests and with the increasing number of laws granting them special privileges.

We now know that the combined onslaught of pop culture and the official endorsement of what can only be described as immorality aimed at destroying the family have irretrievably separated the middle class from what was formerly their own United States of America. That nation is no longer their own, and so, against the criminality and incivility of the politicians and alien invaders, the real American nation has withdrawn its borders into the homes of these average Americans.

Self-preservation is the first organizing factor for nations. After all, what are borders? The global elite want a world without borders. Armies and even corporations are organized with self-preservation in mind, both in structure of specific ranks and duties and in the ways they conduct their affairs, whether fighting battles or fighting off hostile mergers. 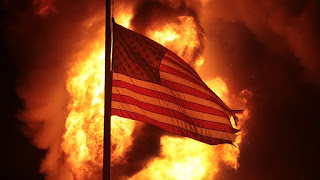 In response to the perversion of our nation, many are reverting to self-preservation. The streets in our towns and cities are once again becoming feudal-like "gated communities" out of necessity, with steel bars in gates and windows everywhere.

Housing developments that are not particularly "high end" now have high walls, barbed wire and gated entrances with armed security booths manned around the clock. Private security firms police our homes because we have learned that the civil police are either ineffective or corrupted by criminal politicians.

Homes now have dead-bolted and impenetrable doors, sophisticated electronic alarm systems that automatically notify authorities, barred windows, security lights, motion detectors, video cameras, guard dogs, etc. Specialists are hired to design security systems and even to create special homes designed from the ground up with self-preservation in mind. Inventors are busy coming up with new, creative ways to preserve our homes and families.

For now, true liberty exists only at home, and anything that comes against the home makes war on your family and your attempted self-preservation. Beware of those who would destroy the power you have as an individual, as a family, and on your own property – ostensibly in the name of creating a more civil society.

Locke knew, though only a very few today will remember, that the word power comes from the Latin posse, which simply means "to be able."

No, my friend, power originates from within the individual, just like society arises from the individual that chooses to convene with others. This ability of the individual to accomplish what needs to be done, to survive, is what society is based on. Government should be a reflection of that, not the exercise of it.

Standing up for yourself and what you believe in is right and true. There is no need to hide!

Becoming a ham radio operator is a natural fit for anyone wanting to be more self-sufficient or those looking for a new hobby. Ham radio has many different applications that are helpful in emergencies or as a way to communicate with others around the world.

There are about 3 million ham radio operators worldwide, with about 700,000 of them residing within the United States. Ham radio operators range from young kids up through older adults who enjoy talking to other people around the world using technology that doesn’t require a cell tower or internet signal.

Ready to start your own ham radio journey? Learn how to get a ham radio license in the United States to begin chatting with others around the world...

​How to Get a Ham Radio License in the USA​

​Read This Before You Buy A Ham Radio

Posted by Poor Man Survivor at 6:03 AM

Personally, I blame lame schools & bad behavior in Hollywood for much of this.

oNE LOOK AT HE MOST CRIME RIDDDEN CITIES [run by Dems] tells me these bottom feeders are no longer civilized.