UFOS DECLASSIFIED: LIVE, a 3-Hour Multiplatform Event will unfold the meaning and truth behind the newly released FBI documents of UFOs.

Out of 144 encounters with mysterious aircraft, 143 are literally unidentifiable, according to a newly released report to Congress.

A new intelligence report sent to Congress on Friday concludes that virtually all of the 144 sightings of unidentified flying objects documented by the military since 2004 are of unknown origin, in an extremely rare public accounting of the U.S. government’s data on UFOs that is likely to fuel further speculation about phenomena the intelligence community has long struggled to understand.

The report — the government’s first unclassified assessment in half a century — does not offer any definitive answers on who or what may be operating a variety of aircraft that, in some cases, appear to defy known characteristics of aerodynamics, and that officials believe pose a threat to national security.

The Pentagon, assisted by the Office of the Director of National Intelligence, found no evidence to indicate that they mark a technological breakthrough by a foreign adversary, or that the objects are of an extraterrestrial origin — though neither explanation has been ruled out in what officials have described as a preliminary assessment.

The UFO at the Heart of the Pentagon Report Was Recently Seen Again! 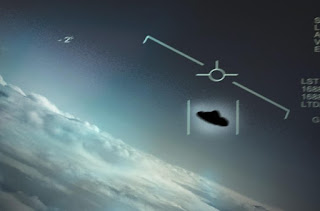 The anxiously awaited report to Congress from the Pentagon on what it knows about UFOs has been completed ... Read More Here

Navy Pilots Have Seen 'Tic Tac' UFO Over The United KingdomThe UFO was described by witnesses as "hovering for a while and within a blink of an eye it had gone."The UFO resembling a “white Tic Tac” spotted in 2004 by Former U.S. Navy pilot Cmdr. David Fravor while on duty at the USS Nimitz is back – but this time it’s floating over England.Pictures of the notorious UFO were snapped by Lucy Jane

Former Intelligence Chief Calls for ‘Larger Discussion’ on UFOs, Warns They Display Technology US Doesn’t Have

Linda Moulton Howe is a graduate of Stanford University with a Masters Degree in Communication.  She has devoted her documentary film, television, radio, web, writing and reporting career to productions concerning science, medicine, the environment and Earth mysteries. Today she is Reporter and Editor of the award-winning Science, Environment and Real X-Files news website Earthfiles.com, a large online chronological archive of nearly 3,000 in-depth reports with thousands of images covering science, the environment and the high strangeness of unexplained Earth mysteries.

May 30, 2021 · T he Earthfiles YouTube Channel has broken through 177,000 subscribers by this 2021 Summer Solstice! Tune In LIVE tomorrow night, Wednesday, June 23rd, at 6:30 PM Pacific / 9:30 PM Eastern — and all other time zones around the world — to celebrate with Emmy Award-winning TV producer, author and Earthfiles Reporter and Editor Linda Moulton Howe in a 90-minute special of YOUR pre-recorded ..

The Black Vault has more than 2,000,000 pages of declassified U.S. Government documents ready to download on nearly any government secret you can imagine. Utilizing the Freedom of Information Act (FOIA), The Black Vault's founder John Greenewald, Jr. has filed more than 8,000 FOIA requests to amass it all.

During a heat wave we experienced a storm which knocked out our electrical power, RIGHT after our A/C died…no problem we’re Preppers and used our backup window unit…that’s when we lost power for 48 hours.  Our electric company told us power would be restored that night…it took nearly 48 hours!  I did connect our generator though…we also used our 4Patriot Solar Charger to replenish our cell phones [handy item to own]

It's good to be a Boy Scout-PREPARED! 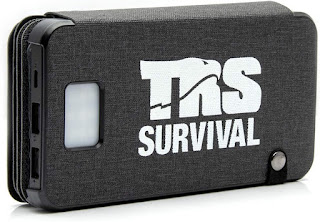 Posted by Poor Man Survivor at 6:35 AM

Can't wait for the new updated version of the X-Files; perhaps Josh will star in it!

I love all this stuff