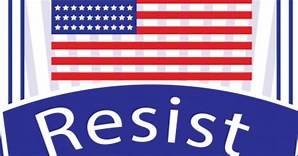 What would the Founders say about our society today? A lot, in fact...

There are countless ways in which our leaders have incrementally and systematically betrayed the thinking of our nation's Founders.

It's an interesting exercise to consider what the Founding Fathers would think of society today, and our issues.

Fortunately, we do have their writings and their recorded quotations from which to glean their wisdom.

Lifelong Congressweasels — Samuel Adams, known as the father of the American Revolution, once said, "If ever a time should come, when vain and aspiring men shall possess the highest seats in Government, our country will stand in need of its experienced patriots to prevent its ruin."

Wealth — Ben Franklin encouraged savings, saying, "If you would be wealthy, think of Saving as well as of Getting: The Indies have not made Spain rich, because her Outgoes are greater than her Incomes. Away then with your expensive Follies, and you will not then have so much Cause to complain of Hard Times, heavy Taxes, and chargeable Families."

Self-defense — In "The American Crisis," Thomas Payne wrote, "Not all the treasures of the world, so far as I believe, could have induced me to support an offensive war, for I think it murder; but if a thief breaks into my house, burns and destroys my property, and kills or threatens to kill me, or those that are in it, and to 'bind me in all cases whatsoever' to his absolute will, am I to suffer it?"

Who will build the roads? — On March 3, 1817, James Madison wrote to the House of Representatives, "The power to regulate commerce among the several States" can not include a power to construct roads and canals, and to improve the navigation of water courses in order to facilitate, promote, and secure such commerce without a latitude of construction departing from the ordinary import of the terms strengthened by the known inconveniences which doubtless led to the grant of this remedial power to Congress. To refer the power in question to the clause 'to provide for common defense and general welfare' would be contrary to the established and consistent rules of interpretation, as rendering the special and careful enumeration of powers which follow the clause nugatory and improper. Such a view of the Constitution would have the effect of giving to Congress a general power of legislation instead of the defined and limited one hitherto understood to belong to them..."

The Constitution — Democrats always find originalist judicial philosophy troubling. Meaning they also are troubled by the views of Jefferson, Madison and other Founders. In "Of the Study of Law in the United States," James Wilson, a signatory to the Declaration of Independence and one of the six original Supreme Court Justices appointed by George Washington, had this to say about interpretation of the Constitution: "The first and governing maxim in the interpretation of a statute is to discover the meaning of those who made it."

Misinformation — So-called "misinformation"? Fake news? Yes, Jefferson wrote about that: "Nothing can now be believed which is seen in a newspaper. Truth itself becomes suspicious by being put into that polluted vehicle. The real extent of this state of misinformation is known only to those who are in situations to confront facts within their knowledge with the lies of the day."

Private property — Governments are instituted to protect private property and individual rights, as James Madison pointed out in his "Essay on Property." He wrote: "Government is instituted to protect property of every sort; as well that which lies in the various rights of individuals, as that which the term particularly expresses. This being the end of government, that alone is a just government which impartially secures to every man whatever is his own."

Church and state — John Witherspoon, A Sermon Delivered at Public Thanksgiving after Peace: "Is it reasonable to expect wisdom from the ignorant? Fidelity from the profligate? Assiduity and application to public business from men of a dissipated life? Is it reasonable to commit the management of public revenue to one who has wasted his own patrimony? Those, therefore, who pay no regard to religion and sobriety in the persons whom they send to the legislature of any State are guilty of the greatest absurdity and will soon pay dear for their folly."

Paper money — Inflation is rampant, and it's due to the flood of new dollars into the economy by our most recent presidential regimes (all of them!) George Washington saw the dangers. In a letter to Jabez Bowen of Rhode Island on Jan. 9, 1787, George Washington wrote:

"Every lover of his country will therefore be solicitous to find out some speedy remedy for this alarming evil. There is no possible substitute for the loss of commerce. Our first grand object, therefore, is its restoration. I presume not to dictate or direct. It is a subject that will require the deepest deliberations and researches of the wisest and more experienced men in America to fully comprehend. It probably belongs to no one man existing to possess all the qualifications required to trace the course of American commerce through all intricate paths nor to those and only those that shall lead the United States to future glory and prosperity. I am sanguine in the belief of the possibility that we may one day become a great commercial and flourishing nation.

"But if in the pursuit of the means we should unfortunately stumble again on unfunded paper money or any similar species of fraud, we shall assuredly give a fatal stab to our national credit in its infancy. Paper money will invariably operate in the body of politics as spirit liquors on the human body. They prey on the vitals and ultimately destroy them.

"Paper money has had the effect in your state that it will ever have, to ruin commerce, oppress the honest, and open the door to every species of fraud and injustice." 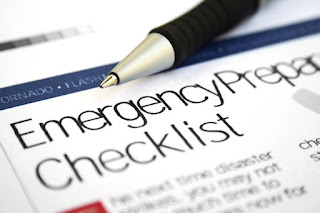 50 Items That Will Disappear Fast In A Crisis

The photos show up in the media just before or just after every sort of disaster. We see images of people lining up to buy emergency supplies. We also see “sold out” signs and rows of empty supermarket shelves.

Clearly, the time to stock up on these items is not when you need them, but well before you need them. If you are embracing a preparedness lifestyle, you already know you need to plan ahead to protect your family. You certainly don’t want to be one of those people wasting time and precious resources trying to find survival items at the last minute.

Whether it's a natural disaster such as a hurricane or an earthquake, or a human-made emergency such as an act of war, most essential items will disappear quickly from store shelves. (In many crisis situations, stores may not even be open to serve the public.) As you build your emergency pantry, here are 50 items to consider stocking up on now – before it is too late...

​50 Items That Will Disappear Fast In A Crisis​

​11 Household Items to Stockpile in Case of Shortages Posted by Poor Man Survivor at 7:13 AM

Email ThisBlogThis!Share to TwitterShare to FacebookShare to Pinterest
Labels: Founding Fathers shudder at our nation, take a stand

I'm sure our founders are turning in their graves...

They'd be sounding the alarm to overthrow the Marxist king & his rats!

They's all ask how a rat like Biden who has never had a real job in his adult life AND has been caught in so many lies could be voted into office-are citizens & media that STUPID?