Will we re-elect the rascals who persecute us 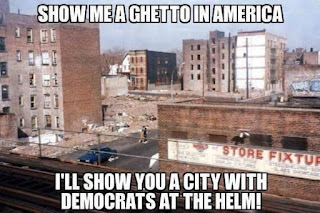 Will we again re-elect the rascals who persecute us?

One need merely look at the fossils who have held office — "served" — for 30 years or more.

Of course, the notion that long-serving politicians and political bureaucrats would become obstructionist to the will of the people, corrupt and wealthy off the government is not new. John Taylor of Caroline, in his book, "An Inquiry into the Principles and Policy of the Government of the United States," published in 1814, warned about that very thing.

Before publishing this first of his four books on politics and agriculture, Taylor, a lawyer, served as cavalry colonel and a militia major in the Revolutionary War, served in the Virginia House of Delegates and two stints in the U.S. Senate, so he had keen insight into the corrosive nature of politics: "Great power, or a long possession of power, changes a man's moral nature, whether it is derived from inheritance or election."

Politicians, bureaucrats, et al., are wordsmiths. They twist words that sound good to us but lead to opposite conclusions. This semantic trickery is used in everything and every proposed legislation.

Many are lawyers and doublethink legalese is their forte. Their political life is all about deception. Politicians don't know the truth from a lie and they live it. The rule of law is for the peasants. Force should be used along with the mass murder of war if necessary. Tyranny is a prerogative of power.

Politicians want the political state in which they have the status of untouchables and want to regulate everybody who is not in "the club." They act as if they despise the people and reserve for themselves privilege. They are perpetually embittered at the producers and creators of wealth. They want to pile on horrendous taxes as perfectly wished by the bureaucracy.

The truth is anathema!

When will Americans ever discover that the foxes are in charge of the henhouse and that politicians are in secret league with the system like a wolf pack devouring the population?

The public has been trained to think in terms of what is legal and what is illegal. The politicians and their elite bosses operate above the law and outside the law. This is contempt for the people.

But thank God some Americans, like you, dear reader, are waking up. You can see that higher and higher prices translate into stealing our wealth. You can now see that the Emperor has no clothes and that we have a culture within a culture. Politicians, bureaucrats, judges and their friends are untouchables. They are a parasite culture that produces nothing but organized crime at the highest levels.

Parasites in time consume their host. This is an organic phenomenon that applies to criminal politics. How else would you see the fiasco that is the Justice Department raiding the home of Donald Trump looking for "classified documents" when each president decides what is classified and what isn't?

The saturation point is coming and it can't be stopped. Sociopathic political behavior over time self-destructs. Ethics and decency in politics are anathema. A politician is not a statesman and a statesman is not a politician.

Politics is power and politics creates predators. Money has surpassed self-worth and dignity. Politics in America is incest with the government.

I am a proud 'conspiracy theorist'

The word "conspiracy" is an establishment word to imprison multitudes of non-violent people (who are not in favor of the power structure) and confiscate their property outright without due process and under a feigned color of law. The politicians know this. More to come.

This is no different from the old Star Chamber motivated by the word "treason" (today it is "conspiracy.") This is why they use those words, even against a former President — who was outside their club. The FBI and the Justice Department are the thumb screw and the rack to extract a confession and an excuse to hang the victim.

There are clearly privileged classes in America; those in political power backed by illegal police power. They act against the people outside the law and the Constitution. My friend, it has become so obvious.

While we slept the political regime has shifted the "burden of proof" to the defendant. One is entrapped, charged, and prosecuted under Merchant Law without knowledge. This is the new democracy. Democracy is rule of the rabble by the elite.

Has the possibility of reform passed? Will sparks trigger revolution?

It's clear that the soul of America has been penetrated with toxic greed. Political rigor mortise is everywhere.

But John Taylor did point out a possible remedy: competition in all things, political, economic, and social. He wrote:

We cannot pursue happiness while spending endless hours trying to figure out just how to survive oppressive authority. What does it profit us to accumulate assets while giving our minds over to the beast? It is a great illusion.

We can neutralize the propaganda that has suppressed human liberty with competition to offset the political rigor mortis. Then the politicians will no longer be able to charm us with illusions.

Why You Can’t Just “Live Off the Land” After SHTF

There seem to be a lot of people in the prepping community whose bug out plan is to head off into the woods and live off the land, Grizzly Adams style. Looking back over American history, that seems like a good idea.

Many thousands of people actually did live off the land during the colonization and westward expansion of our nation. Going back even further in time, there were many Native American tribes which lived off the land for centuries.

I get it. There’s a certain romanticism about living off the land, in harmony with nature, not having to depend on stores or anything. If I could do it without too much trouble, I’d probably opt for that lifestyle too. Give me a cabin in the mountains and a lot of wild game and I’ll live out my days in peace...

​Why You Can’t Just “Live Off the Land” After SHTF

Big banks, prominent economists and former officials are all saying that a recession is a near certainty…

Why Higher Food Prices Could Be Here To Stay...

Where & How to Store Your Survival Supplies & Gear

Know the worst threat to your supplies and gear?

Because every one of these dangers can now be easily removed. If you know how... Posted by Poor Man Survivor at 6:57 AM

Email ThisBlogThis!Share to TwitterShare to FacebookShare to Pinterest
Labels: corrupt, incompetent Dem morons, reelecting idiots, shoot yourself in the foot

It's puzzled me for years WHY in hell stupid people keep screwing themselved by re-electing the same incompetent idiot who are ruining their cities...thank Chicago, LA, NYC, SanFran...can they really be that idiotic or are elections rigged [think of Chicago's Mayor Daley, or Tammany Hall, etc.]
My sister says it's the fault of unions which own the Dems??!!

Given the rampant crime & continual mismanagement of cities like Chicago, NYC, St. Louis, etc...you're right-WTF would idiots reelect the monsters destroying their neighborhoods-are they of diseased minds?

Does anyone realize how evil the Left is & how they want to destroy America?

Why is it political parasites like Biden get elected for decades-this scumbag has never had a real job in his adult life-putrid SOB!