Speaker Pelosi is drifting into her own unintended nightmare 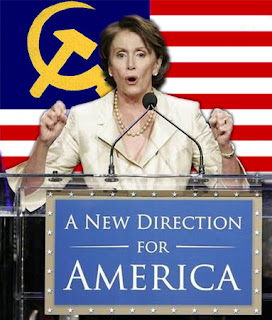 Speaker Pelosi is drifting into her own unintended nightmare.


Holding partisan hearings, working with the left-wing media to leak and lie about President Trump, trying to weaken the President for re-election would all make sense as a strategy of attrition. It would maximize the advantage of the left-wing media-Democratic Party alliance and minimize any downside risk.


However, by moving from investigation to impeachment, Speaker Pelosi just gave up all of her advantages and opened up a nightmare for the Democrats.


It all comes from not thinking through the follow-on steps.


First, an impeachment process inherently raises questions of fairness and sets up a standard which opens the Democrats up to charges of hypocrisy and cheating. Having a leaker transformed into a supposed whistleblower only works as long as the news media doesn’t get aroused enough to dig into the facts. (“Leaker” is a more accurate term, since he or she did not know anything first-hand on which to blow the whistle and simply leaked hearsay while using the term whistleblower for publicity and legal protection).


The Kavanaugh hearings should have been a warning about the shift in standards. Judge Kavanaugh could have been subjected to smears in the media as long as they didn’t rise to the level of an official investigation. The minute the smears became the subject of an official investigation, the standards changed even for much of the left-wing media. The length of time Senator Dianne Feinstein’s staff knew about an allegation suddenly became a national story. Reporters began tracking down potential witnesses and undermining the credibility of the accuser. Day-by-day, Judge Kavanaugh became stronger and his accuser grew less believable. Then, in desperation, the Left produced less and less believable secondary accusations. The Republicans, who controlled the Senate Judiciary Committee, insisted that the drama play out until it became clear that Judge Kavanaugh was being smeared. Today he is Justice Kavanaugh.


Speaker Pelosi and the House Democrats seem to have forgotten two key steps in shifting from investigation to impeachment.


First, the House Republicans, the Trump White House, and the non-left media (and to be fair even some leftists in the media) are now demanding a higher standard of accountability and fairness in establishing due process. The 2019 Democrats look pathetically unfair and dishonest compared to both the Democratic controlled impeachment process of 1973 and the Republican controlled impeachment process of 1998.


To go back to the so-called whistleblower, it is inconceivable that he or she will remain anonymous. Accusing the President of the United States of a “high crime” to use the Constitutional standard in secrecy is absurd. It violates every principle of facing your accuser


As a practical matter, the continuous leaks (The New York Times apparently knows the person’s name, identity as a Democrat, and who they worked for) will guarantee that the person be identified in the media in the very near future. If, as currently suspected, this person turns out to be a Democrat who was actually talking with Democratic presidential candidates, his or her credibility will be destroyed for the average American.


If this impeachment effort gets to the Republican Senate, do the Democrats really think no one is going to ask Hunter Biden what he did for $600,000 a year from a Ukrainian natural gas company? Do they also think no one is going to ask former Vice President Joe Biden if he really had no idea his son was earning such a sum in Ukraine when he threatened to withhold more than $1 billion in aid unless the prosecutor looking into his son’s company was fired?


If the House Democrats move forward, and Republicans get our second move in the Senate, Pelosi will regret the day she learned to spell impeachment. 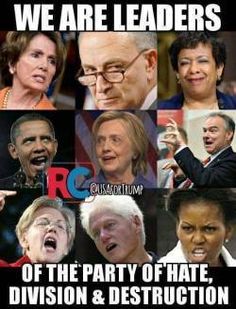 Trump stands in the way of a complete socialist takeover of the United States – this is why they are so relentless in their attempts at unseating Trump…I find too many, especially those under age 30, are guzzling gallons of what I call ‘Communist Kool-Aid.’


Overwhelming Numbers of the over 50 crowd DO NOT SUPPORT IMPEACHMENT


The liberal media are trying to manipulate you.  That’s not an exaggeration. In order to push their propaganda, they distort the facts and even try to cover up stories that don’t further their leftist agenda.


The 24 Highest Calorie Vegetables for Your Survival Garden


There has been a trend for years in the nutrition industry to push us more and more towards vegetarianism. The idea of living off of nothing but vegetables probably appeals to people like this, but that doesn’t necessarily make it right. While vegetables may be great for providing us with a variety of necessary micronutrients, they aren’t known for providing a lot of calories. That’s why people on diets tend to eat a lot of salads and other green leafy vegetables.

IRS Issues New Guidance On The Tax Treatment Of Cryptocurrency


The new cloud-based platform, called the Homeland Advanced Recognition Technology System, or HART, is expected to bring more processing power, new analytics capabilities and increased accuracy to the department’s biometrics operations. It will also allow the agency to look beyond the three types of biometric data it uses today—face, iris and fingerprint—to identify people through a variety of other characteristics, like palm prints, scars, tattoos, physical markings and even their voices. 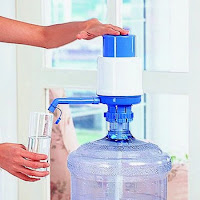 This has become an all-out war on mainstream Americans-I fear for the nation under this socialist assault by the leftist socialists.

Thanks for remaining a voice of reason!

Schiff is trying to hold the Democrats together while fooling the American people into supporting impeachment based on a fake scandal.