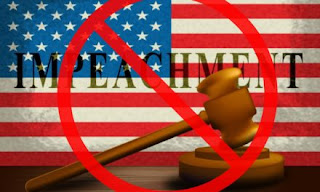 “He wasn't supposed to release the transcripts. Or the whistleblower report. He was expected to do what any president would have done – what President Obama always did. Hide the evidence,” former Rep. Jason Chaffetz (R-UT) writes in Fox News. “As House Democrats rolled out their latest meticulously choreographed, perfectly timed, and broadly coordinated attack on President Trump, they weren't counting on the president's unprecedented transparency. Nobody releases a transcript of calls between heads of state. But Donald Trump did.” Click here to read more. See for yourself: Read the full transcript of President Trump’s call.


Hitler said “tell a big lie often enough and people will believe it.’ This seems to be the strategy of the Democratic-Socialists…their goal seems to be a complete take-over of our nation; voters be damned.


Given the socialist platform of so-called Dems, I see them practicing the old Stalinist credo against Trump: “show me the man, I’ll find the crime.”


Based on flimsy, nonsensical evidence which runs counter to what a president can legally do, it is apparent Dems are still driving their hysterical witch hunt narrative to unseat Trump and with the socialist goal of depriving Americans of their vote…ironic how they never indicted Clinton for her illegal server and destruction of phones, laptops and emails despite being ordered not to.  Comey & Mueller were in lockstep to nullify any legal proceedings against her but it is all-out war on Trump.  As socialists they’re taking pages from Saul Alinsky’s “Rules for Radicals.”


I have just filed an ethics complaint with the Chair of the Office of Congressional Ethics outlining Schiff's flagrant violation of the law to obtain opposition research on President Trump.

Evidence has surfaced to prove that Adam Schiff himself actually DID attempt to collude with a foreign government to obtain compromising pictures of President Trump! > Jon Hollis 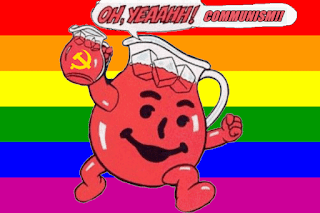 Deranged Dems keep failing but still salivate over any prospect of removing Trump. Any excuse will do so they can rule the roost & who knows, perhaps the whispers of a Civil War will erupt?!


Most of us see through the sham Democrat-Socialists are pulling w/ an impeachment hearing. Their effort is transparent & never-ending. Our entire family wrote letters to our elected reps telling them we DO NOT SUPPORT their effort. Further, we want Biden to be investigated and Schiff censured.  Consider doing the same w/ your reps.
Just yesterday, the GOP filed motions of censure against "Shifty" Schiff, the liar on the Left! 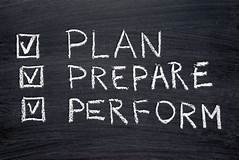 
Top 10 Skills You MUST Have To Survive
Here are the top 10 skills I teach my students when first discussing their plans for disaster preparation: Read it Here >>

These will be the best places to live in America in 2100 A.D.


Season after season, extreme weather bombards the continental United States. Over the next 83 years, its cascading effects will force U.S. residents inward, upward, and away from newly uninhabitable areas. But don’t worry: We’ve mapped out how these factors will alter the country’s landscape in 2100. Now go nail a quality spot while the pickings are still slightly more plentiful.


How to Be a Survival Prepper in an Urban Environment

You may be prepared for a survival situation outside of an urban environment, but are you ready to survive in the city? A metropolitan area is dense in population and difficult to navigate in a disaster. The most common prepping … Continued

How To Make A Knife At Home

There are many ways to make a knife. People have been making knives and shart pointy things for a very long time. While times are good, we take for granted that a knife can be purchased for not a lot … Continued

You Can’t Buy Life Insurance After You’re Dead-Prepare NOW for Emergencies. Resources-Solar Chargers back in stock-Grab one now as they go fast.  Our supply on eBay sold out in ten minutes!

Find self reliance goods at:

Posted by Poor Man Survivor at 9:03 AM

I think it is apparent this is an attempted take-over of our country by socialists-so far, it's an unarmed Civil War, but, I fear what might come as a result of these morons.

They've been planning this since the day Trump took office [or before] & even the dirty FBI [Comey & gang] did their best to frame & dethrone Trump...those traitors belong in prison!

Frankly, we're amazed at how the Left has hoodwinked as many 'head in the sand' citizens-must be these simians are products of the socialist school system.


New polls shows support for President Trump growing despite impeachment campaign by Democrats
>>Not one of our friends is swallowing the line of crap Dems are feeding the fake news outlets. It is amazing how many ignorant idiots seem to support this & wonder why they don't support investigations into Biden & Son [probably the same lame group who still believe Hillary did no wrong with her illegal home server & destruction of 30K emails, Blackberry phones & lap tops].

Democrats & their loony media supporters are off the charts w/ hysteria [again] against Trump-and as usual, they're wrong.

"Democrats were salivating on air and off about today's testimony by