All deception is for control-Animal Farm Revisited 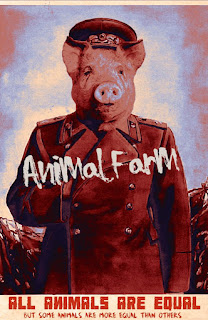 All deception is for control-Animal Farm Revisited

"If we can but prevent the government from wasting the labours of the people, under the pretence of taking care of them, they must become happy." -- Thomas Jefferson to Thomas Cooper, November 29, 1802

Many of those deceived welcome the government "doing something," and in fact have been trained to turn to the government for all their needs, as intended. But manna to the group is poison to the individual.

You must by now know the phrase "divide and conquer." First, they divided our families. Then they divided the people against each other (Democrats vs Republicans, haves and have-nots, employed and unemployed, illegals and citizens). It is the evolvement of this strategy that has brought us to our present state. We have been "socially distanced" from every other American. Beware these code words! Tyranny follows! It is here!

That America is a fascist Nation is no longer deniable. Fascism, as described by Benito Mussolini, is the merger of state and corporate power. How else would you ascribe piling $20,000 in debt on top of the head of each American and giving that money to corporations, while you got, in return, a check for $1,200?

All significant legislation passed in recent years has been designed to either increase the power of the state to control the people, to increase the power and wealth of corporations or to strengthen their symbiotic relationship.

As legislation that accomplishes these things is detrimental to the best interests of the people, it can be described only as the first salvos that were fired against the people. All current legislation — and especially "executive" action requiring legal punishment — is in violation of the U.S. Constitution.

America was designed as a representative republic, with Representatives elected by the people to represent their interests when laws are passed. Senators were to be selected by the States to represent the interests of their States. Neither the Congress nor the President is answerable to the people or the States today. They answer only to their corporate sugar daddies and NGOs (non-governmental organizations) that operate behind the scenes.

You never elected these folks

These NGOs, dominated by moneyed interests, include, but are not limited to, the Federal Reserve, The Trilateral Commission, the Council on Foreign Relations, The World Health Organization, World Economic Forum, and various and sundry "think tanks" propped up by the same corporate sugar daddies lining the pockets of Congress.

The names of the people running and funding these NGOs are mostly familiar and pop up from time to time in various ways in government and out: appearing in Presidential cabinets, heading alphabet soup government agencies, sitting on the boards of corporations, running the World Bank, etc.

Theirs are the corporations that receive the contracts for government business as it makes war on other countries, move in to rape and pillage the natural resources of Third World countries (see The Secret History of American Empire and Confessions of an Economic Hit Man, both by John Perkins) or fulfill the mandates of legislation (insurance, Big Pharma, Goldman Sachs, JPMorgan Chase, etc.).

In 2008, against the wishes of the majority of America, George W. Bush pushed through the Troubled Asset Relief Program (TARP), a $700 billion boondoggle of largess to bail out the banksters and their criminal co-conspirators on Wall Street. To sell it, Bush employed classic Orwellian doublethink saying, "I’ve abandoned free market principles to save the free market system."

Opposition to this criminal transfer of wealth from the middle class to the wealthy bankster criminals — whose illegal activity combined with Federal Reserve money printing caused the collapse — spawned the Tea Party movement, since crushed by the establishment GOP elites. What can we expect to happen to America after the "Coronavirus Relief Package" nearly tripled the original bailouts with another $2 trillion a mere decade later? 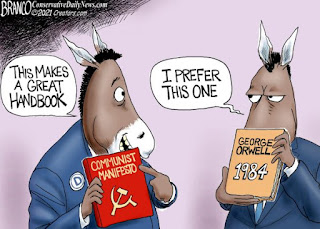 The tragically misnamed Patient Protection and Affordable Care Act was likewise passed against the wishes of the American people. Then and current Speaker of the House Nancy Pelosi mockingly told us we would have to wait until it was passed to find out what’s in it. As bad as the Obamacare deathcare system looked then, it looks even worse now.

There is a crackdown on what’s left of free speech. Sure, you can "say" what you want, but prepare to be canceled. "Say" anything freely and your life as you know it is over. You will be branded a traitor or worse. Your family will suffer. Your 1st Amendment rights have been stripped away. And get too close to the truth and there are serious consequences.

History shows that as regimes begin to fail they become more onerous, more aggressive and finally more violent toward their own citizens. The American system is in a state of decay unless something changes drastically. Unfortunately, the recent drastic changes are for the worse. Will the results of the election help? One can only hope the people are again beginning to be spurred to action as they were in 2008... but I hope you have continued to prepare as I and others have advised.

Educate those you care about as to the mechanics of defense and preparedness. Not many will listen as long as they perceive no crisis. Go here for a complete guide. It is clear and straightforward, to counter the artifices of deception, which are almost everything you read and hear.

We will never get off the animal farm until we recognize the façade of benevolent totalitarianism and the absolute despotism behind it. 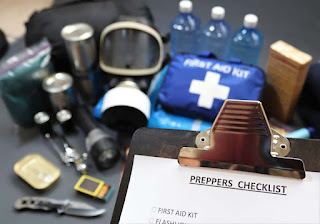 23 Prepper Items to Look For at the Goodwill Store

Stockpiling food, water, and supplies to sustain you and your family for a long time can get very expensive. For some, it just isn't feasible to spend hundreds of dollars or more every week buying supplies that won't be used right away.

Don't be embarrassed. Most people can't afford to do that. The trick is to buy used supplies so you can put the money you save toward your food purchases.

Shopping at thrift stores like the Goodwill store is a great way to save money. It's extremely satisfying to score a good deal on something you really need. You'll find yourself bragging about how cheap something was rather than how expensive it was...

​23 Prepper Items to Look For at the Goodwill Store​

NOTE:  For the 1st time we shopped “Ollies” retail outlet & were 100% pleased w/ its prices & variety…visit one if you can…better prices than most thrift stores!

5 Winter Bug Out Tips You Should Know

Bugging out in the winter can be a harsh reality if the SHTF during the cold season. You’ll often hear about some of the best items to put in your bug out bag or even best practices to find resources when the SHTF, but you seldom hear about doing all of that in the winter.

For a lot of people, bugging out is usually pictured in warm temperatures where things are relatively easy to accomplish. Once you add freezing temperatures and an abundance of precipitation to the mix, it tends to change things up.

If you’re new to bugging out or want some tips for the colder season, this guide will give you some valuable advice if you have to bug out in the winter...

​5 Winter Bug Out Tips You Should Know

Below you'll find a list of 25 survival items that are fairly easy to make. For each one, I included a link to a tutorial that will walk you through it. So next time you're bored, try making one of these and don't forget to leave a comment letting me know how it went...

​25 Survival Items You Can Make At Home​

​60 Things You Should Stop Buying And Start Making 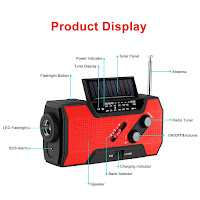 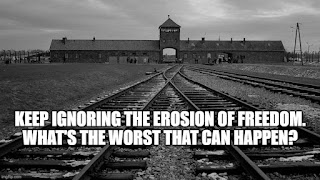 Email ThisBlogThis!Share to TwitterShare to FacebookShare to Pinterest
Labels: no communism allowed, political grifter, save our nation, survival goods

Sure sounds like what I've said for decades-some pigs -Dem-Socialists] are more equal than others...

Since few schools today teach reading & writing, I wonder how many of our youth ever read Animal Farm or 1984?!

Too many fools don't realize how gov't screws them; they no longer know how to analyze anything.