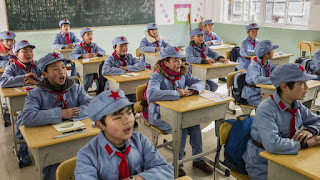 Six of the seven states have majority Republican voters, yet these universities show a Democrat ideological monopoly. The study found that Democrat professors outnumber Republicans 11 to 1.

This indoctrination profoundly affects society, for example in the media. To take one example, on December 31, Dr. Anthony Fauci steps down as chief medical adviser to Joe Biden. Yet White House Press Secretary Karine Jean-Pierre used Fauci’s last press briefing to cover up COVID-19’s true origin. When the Daily Caller’s Diana Glebova tried to ask Dr. Fauci a question about whether it was appropriate for him to fund EcoHealth Alliance, which used its money for gain-of-function research in China, Jean-Pierre shut down the question.

Today News Africa correspondent Simon Ateba defended Glebova’s inquiry, but Jean-Pierre accused him of being disrespectful and moved on to questions from more regime-friendly journalists.

Former EcoHealth Alliance vice president Andrew Huff has published a book titled The Truth About Wuhan: How I Uncovered the Biggest Lie in History. It admits that EcoHealth Alliance worked with the U.S. government to give Chinese scientists the bioweapons technology they used to create COVID-19. Yet neither Dr. Fauci nor the White House will answer questions about it. Such journalism is as unwelcome at the White House as a Republican in a sociology department.

Democrats rushed to pass additional gun restrictions before the 118th Congress convened in January. On November 24, Joe Biden called for “stricter gun laws” after mass shootings in Colorado and Virginia.

He called on Congress to ban semiautomatic weapons with high-capacity magazines, similar to the 1994 Federal Assault Weapons Ban. This ban expired and was not renewed because it had no significant effect on firearm homicides and because it violated the U.S. Constitution provision that “the right of the people to keep and bear arms, shall not be infringed.”

If you’re only using baking soda to absorb smells in the fridge and bake sweet goodies, you’ve only scratched the surface of what baking soda can do and how it can help you save. Why not give some of these uses a try?

6 Ways To Make Coffee Without Electricity

Coffee can be the one staple that adds a sense of normalcy in hard times. You might even be one of those diehard coffee lovers who ritualize their coffee brewing. But what happens when the electricity goes out? There will come a time when the shit hits the fan and you find yourself facing the apocalypse without any power source.

Or maybe you just forgot to pay the electric bill. In any case, you’ll need a way to feed your caffeine addiction without having to eat coffee grounds.

Here are six ways to make a delicious cup of coffee when the power is out...

​6 Ways To Make Coffee Without Electricity​ 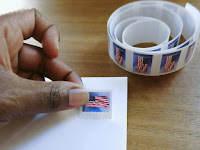 New postal rates went into effect on Sunday - and don't forget the surcharges for non-standard packages.

The never-ending rate hike cycle…Postage prices are rising — again — as inflation woes hit the UPS budget.  Here's how much you’ll be gouged

Shoppers Rebel Against Ever Higher Prices

As we have consistently warned for more than a year, Operation Sandman has now been activated, with Saudi Minister of Finance, Mohammed Al-Jadaan, telling Bloomberg TV (during a WEF Davos interview) that the Saudis will gladly accept all currencies for settling oil transactions.

The foundational pillar of US global currency dominance and its ability to export inflation to the world is based on the so-called Petrodollar status, in which the US agreed to protect the Saudi kingdom in exchange for the Saudis demanding US dollars for all oil transaction settlements.

This arrangement is now coming to an end. Very few people have any real idea about what happens next.

But it won't be pretty for the dollar or anyone left holding dollars.

Get full details in today's feature article and podcast here.

Learn How To Develop a Frugal Attitude

Learn how to develop a frugal attitude and start spending according to your own needs, desires and priorities…

8 Unexpected Ways to Communicate in a Crisis

In a crisis, events change quickly and the only way to keep you and your loved ones alive is to communicate.

That way, no one is left behind...

And you’ll stay one step ahead of events.

Even when conventional methods (like cell networks, radios, or landlines) fail. 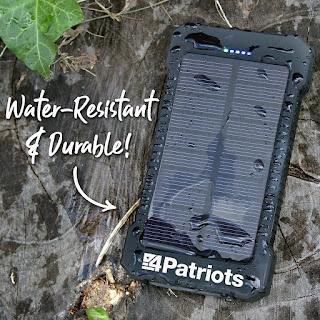 USE THIS solar gadget to survive an emergency!

In 2022 alone there have been over 70 attacks on the power grid with reports of six in Florida, five in Oregon and Washington.

And according to national security experts, this trend is only going to continue.

As America's power grid comes under increasing attack and/or disruption…

THIS is your lifeline in a crisis.

It's peace of mind that you can...

Posted by Poor Man Survivor at 7:11 AM

I taught at college for 10 years part time; each year students got dumber & more socialist.

Since the 60's schools, gov't, media, etc. have been a sham - scamming the public w/ disinformation and bull crap; the little mind warped kids are taught not to question this.