Keep Big Brother out of Your Business 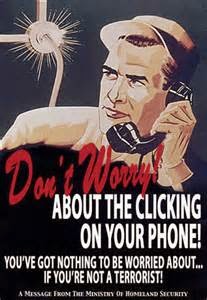 While the U.S. government claims to be supportive of freedom in Kiev or Iraq, it is absolutely terrified of freedom within U.S. borders.

You’re Not Paranoid, You are Being Watched, Your government is lying to you and New tips and technology to safeguard your privacy.

There has been a rise in the Cyber-Industrial Complex over the past decade as special interests convince lame politicians that it is good business to crush the privacy of its citizens.  Whereas a few years ago there were only a few firms lobbying Congress on these issues, now there are more than 1600 companies. And as we’ve all learned, the new motto for the collective DHS, NSA, TSA, and FBI is:  We like to Watch!

Always follow the money.  Your rights are being decimated because someone on Wall Street will make a buck and taxpayers are picking up the tab for their own demise.

There’s government electronic surveillance, and now there’s government online stalking. In its mission to ensure the government gets every last dollar it can from people, the Internal Revenue Service is now resorting to the latter.  No one is immune to being violated.  Even Congress learned recently that the CIA was spying on them.

In one of those public radio stories that sounds like superficial fluff until you listen to the words, public radio’s “Marketplace” ran a story this week discussing how the IRS appears to take advantage of the confluence of Big Data and old-fashioned snooping on social media to determine whether private residents’ tax filings jibe with what they tell the online world about their earning and spending habits.

Because of budget cuts, the IRS will have fewer auditing agents than at any time since the 1980s.


Enter robots. After all, the IRS may not have a whole lot of money or manpower, but it has a gold mine of data on you. A lot of it is from you.

As was revealed last year by the Guardian, the NSA collected and stored data from every single phone call, domestic and international, made in the US during the past five years. They also secretly captured and stored the webcam and cell phone images from millions of unsuspecting Americans who were NOT suspected of any crime!  Why?

When the Director of National Intelligence, James Clapper testified before Congress about indiscriminate spying, he repeatedly lied on stand to Congress and the public about these spy programs…do you recall hearing about this on NBC or ABC?

What I find truly shocking is how few Americans give a damn about their personal privacy…most do not. Our privacy and our rights are being gutted by politicians and bureaucrats who NO longer serve the people.

Continue reading to learn about ways to defeat Big Brother…


More cities are adopting an aerial surveillance system first developed for the military. The surveillance cameras, fitted on a small plane, can record a 25-square-mile area for up to six hours, and cost less than the price of a police helicopter. The system also has the capability of watching 10,000 times the area that a police helicopter could watch. Privacy advocates are concerned. “There are an infinite number of surveillance technologies that would help solve crimes, but there are reasons that we don’t do those things, or shouldn’t be doing those things,” said one of them. 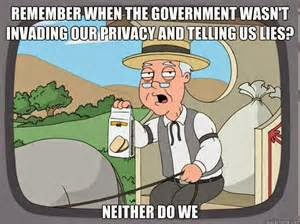 
THE “TELESCREENS” ARE HERE! The web cams and built-in TV cameras consumers now use for Skype have a hidden purpose: According to a report from the Daily Mail in the UK, former CIA director David Petraeus admits U.S. intelligence agencies already have the capability to access these signals and view inside people's living rooms without their knowledge!


TOTAL SURVEILLANCE OF ALL COMMUNICATIONS: The U.S. government now routinely scans, records, and logs virtually every electronic communication on earth through its vast and top secret Echelon and Carnivore programs—including all telephone calls in and out of the United States, all emails, all text messages, all IMs, and all posts on popular websites like Facebook and Twitter. With supercomputers housed in a top-secret $2 billion bunker in Utah, they are able to crack every encryption code on the planet and, for the first time, cross reference every electronic communication and scrap of digital information on earth!


TRACKING CODES ON EVERYTHING: It's not just grocery stores and coffee shops that are tracking every purchase you make with loyalty cards. So is the government. For example, most people don't realize that since 2004 all laser printers contain special technologies that imprint a tracking code on every document you print so that they can be traced back to an individual, like a license plate.


HIDDEN CAMERAS AND MICROPHONES: Hidden government surveillance cameras are popping up everywhere. The new "Intelli-Streets" systems of street lights contain hidden cameras and microphones to record everything within a certain radius—as well as real-time telemetry feeds back to police headquarters. As in the UK, which led the way in Big Brother surveillance of its citizens, police agencies justify their compulsive spying on law abiding citizens as a necessary crime-fighting tool.


EVEN YOUR CAR IS SPYING ON YOU: Most late model cars in the U.S. now contain an Electronic or Event Data Recorder (EDR) that contains detailed information on your driving habits, speed, locations and whether or not you were wearing a seat belt. This vast treasure trove of information can now be used against you in court or by insurance companies raising your rates. If the Feds have their way, such technological spying will soon be mandatory: In April 2012, the Senate passed a bill that would require all new cars in the United States to be fitted with black box data recorders from 2015 onwards.


DATA MINING: The advent of new supercomputers means that every scrap of information about you can now be obtained, logged and correlated. The Federal Bureau of Investigation (FBI) National Security Branch Analysis Center (NSAC) has more than 1.5 billion government and private sector records about U.S. citizens collected from commercial databases, government information and criminal probes. A Freedom of Information Act lawsuit launched by the Electronic Privacy Information Center revealed that Federal agencies now routinely spy on journalists and citizens who criticize the government in any way


Free Internet sites work 24 hours a day scouring public records to publish everything about you in one easy-to-access website—your home address, your real estate taxes, photographs of your home, your email address, your age and whether you have any health problems, the names and locations of all known relatives, whatever they can find!


The more criminals can find out about you on Facebook and through public record aggregation sites like PeekYou.com and BeenVerified.com, the easier it is for them to rob you. That's why privacy experts insist you should never put personal information on the Internet.


Amy Lynn Boyer, aged 20, was tracked down when a stalker named Liam Youens paid $153 to an online investigations site, Docusearch.


The website gave Youens Amy's Social Security number and the address of where she worked. Youens went to Boyer's workplace and shot and killed her before committing suicide.


It's cases like these that illustrate why personal privacy today is neither a luxury nor paranoia, but just common sense 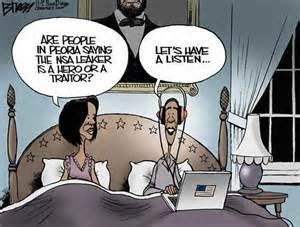 Safeplug helps to keep Big Brother out of your business.  Connect this device to your router and your internet traffic goes through several random locations ensuring that any snoops can’t pin down where you are and it runs only about $50.


With Ghostery, See Who's Tracking You

A free browser add-on called Ghostery lists the various services that track your online surfing when you visit any particular website. Two other more graphical services that reveal who's tracking you are: Lightbeam for Firefox, and Disconnect. The latter service lets you block these trackers.


Private Phone Calls a Thing of the Past? Maybe Not...


Get Ready. The TSA just got a whole lot creepier... 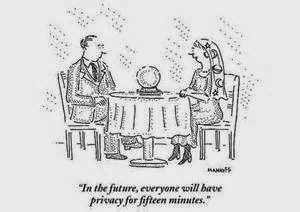 With revelations that the National Security Agency has collected some 20 trillion phone calls and emails via an expansive nationwide surveillance network, most Americans have already come to the realization that everything they do is being monitored but you are right in these sheep do not care so long as they can still slobber over some stupid celebrity crap or get their next high.

Most citizens are too stupid to give a damn

Our government has been successful in its efforts at dumbing down the population which don't have a clue what is going on.