Un-Wasted: The Future of Business and Living

Taking over…uh, I mean saving the world is such a thankless task.  We’ll try again in the morning Pinkie! >>The Brain

Unwasted: The Future of Business on Earth


There is no waste in nature. When a tree falls it's only halfway through its life. When a bear or animal finishes eating food and processes it in its body that becomes fertilizer for future life in the forest flora.

So it's a beautiful thing the way nature has worked this all out. There is no waste in nature; the human animal is in fact the only animal on the planet to create waste that nature cannot process.

We're all paying for the landfills around the country, and everybody in the US is working with some system, whether it's a municipal system that manages their own waste locally or it's a system that ships the waste to other parts of the country.

The reason you should care about this is because that's going to make a difference for the environment, for the economy, for your costs, for all the things you care about. In economics there's this term of "externalities" and there's a lot of cost out there that we collectively bear as a society, whether it's habitat destruction, whether it's cost that are directly being imposed on us the citizens who didn't ask for those costs to be put on us.

The cities are under huge budget pressure right now and they need to cut their costs. They're trying to cut their costs in terms of how they are managing their waste and they hope to start making more money off the recycling. So it's really becoming more of a fiscal issue than environmental issue in some cases.

The latest statistics show that even with the recycling as high as it is there's still more than half of what's going into the landfill that could be recycled or reused.


More useful resources and projects you can use…


·         Video: DIY Project - Toolbox Planter
When you spring clean the garage this year, before you toss out or donate that old toolbox, why not turn it into a planter that will add a creative touch to your patio or garden? The Ulitmate Cheapskate shows us how.

·         32 Ways to Save Money on Your Utility Bills
Some of these suggestions are more expensive than others are and you do want a high return on your investment, so crunch a few numbers to see how long it will take for these upgrades and purchases to pay off. But they all should save you some money on your utilities. 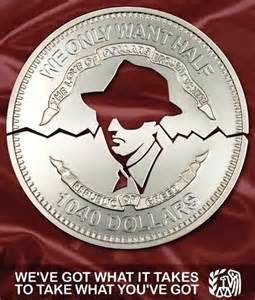 Remember when you made that promise to yourself to get a better handle on your finances this year? Well April is the perfect time to reassess your progress on your money goals as part of Financial Literacy Month.

Order our FREE Financial Foundations Toolkit to get the advice and confidence you need to make sound money decisions. This toolkit will teach you:


·         What your insurance rights are in serious medical situations

Reader Tip:  Shawn won one of our Survival Seed Packages!  You can win by submitting a tip at the email address below.  Each week we award a prize to our favorite tip.

·         I’ve also found that small dixie cups work well for starting plants, and as far as getting my seeds, for most like peppers tomatoes, musk  melon and watermelon,  I just purchase, a few of each, remove the seeds rinse and spread them out on news paper before planting season and let them dry. Once I harvest, I do the same thing and have an abundance of seeds every year.  >>Shawn 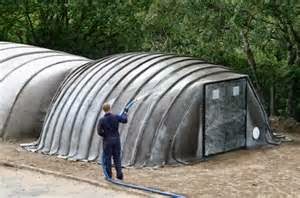 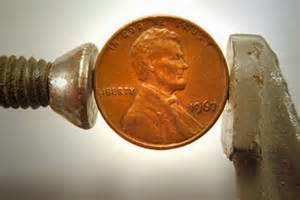 “Do you have 3 months emergency funds to cover expenses in case of sickness, job loss, an economic downturn?”


An astounding 60 percent of people that responded said that they do not.

It has been estimated that there are approximately 3 million“preppers” in the United States.  But that means that almost everyone else is not prepping.

We are steamrolling toward the edge of an economic cliff, and most people in our entertainment-addicted society are totally oblivious to what is going on.  So they are not doing anything to get ready for the immense economic pain that is coming.


The great financial crisis of 2008 struck and millions of people lost their jobs and their homes.  Unfortunately, the next great wave of the economic collapse is going to be even more painful than the last one.  It is imperative that people get prepared for what is on the horizon, but for the most part it is just not happening.


A lot of it has to do with the fact that we have such short memories and such short attention spans in America today.  Thanks to years of television and endless hours on the Internet, I find myself having a really hard time focusing on anything for more than just a few moments.  And we are accustomed to living in an “instant society” where we don’t have to wait for anything.  In such a society, we are used to “news cycles” that only last for 24 hours and very few people take a “long-term view” of anything.

The long-term trends that are destroying our economy have continued to get worse since 2008, and none of the problems that caused the last financial crisis have been fixed.

Find the resources you need here:

Posted by Poor Man Survivor at 8:37 AM